Akayed Ullah, the 27-year-old ISIS-inspired immigrant from Bangladesh, was the only person seriously hurt this past Monday, when he detonated his bomb in the crowded underground passageway between the Port Authority bus terminal and the Times Square subway hub. Three bystanders suffered minor injuries.

The botched terror attack prompted a self-congratulatory press conference, at which Governor Andrew Cuomo and Mayor Bill de Blasio applauded the police and other first responders for capturing the perpetrator of the latest terror attack in New York City and taking away a cell phone that might have triggered another bomb. The governor and mayor vowed that such attacks would not disrupt life in New York. All Ullah managed to do was upend the city’s morning rush hour. His crowning achievement was inconvenience.

Still, at the news conference, John J. Miller, the NYPD’s commissioner of intelligence and counterterrorism, reminded listeners that there have been 26 terrorist plots aimed at the city since 9/11, most foiled through a combination of what he called “intelligence, investigation, and interdiction.” New York was fortunate in another respect, said Michael Sheehan, a former NYPD counterterrorism commissioner. Ullah’s botched attack reflected yet again a “lack of connectivity” between a “lone wolf” and the Islamic State, al-Qaida, or other terrorism sponsors. In that sense, he noted, such attacks are signs of “strategic weakness, not diabolical genius.”

But New Yorkers know all too well that the city’s previous narrow escapes have sometimes resulted from what the Wall Street Journal called “dumb luck.” Had part of Ullah’s homemade pipe bomb—fashioned from Christmas tree lights, among other things, and strapped to his chest with Velcro—fully detonated, his attack could have been devastating. Ullah’s was the first attempted suicide bombing here, but the third attack in New York by an Islamist terrorist in the past 14 months. Sayfullo Saipov, another militant Muslim loser, managed to kill eight people in a truck-ramming attack on a Hudson River bike path on October 31. Since 2014, there have been at least 16 vehicular attacks, from Barcelona to New York. Half occurred in 2017.

President Trump blamed America’s “lax” immigration policies for the attack and issued a statement promoting his proposed restrictions. He called on Congress to end the extended “chain migration” that gives priority to individuals related to legal immigrants already in the country. He also said that an executive order restricting the entry of nationals from six majority-Muslim countries and North Korea, along with Venezuelan government officials, which the Supreme Court recently permitted to take effect, would help reverse the immigration flows that he claims allow “far too many dangerous, inadequately vetted people to access our country.”

Though chain migration and immigration lotteries violate common sense in light of the terrorist threat, some of Trump’s other assertions are problematic. The executive order he has proposed does not restrict immigrants from Bangladesh, Ullah’s country of origin. Though Ullah immigrated in 2011 on a family-immigration visa, according to the federal complaint filed Tuesday, he did not begin his radicalization until 2014, three years after his arrival here. Even the most diligent pre-immigration vetting would probably not have identified him as a Muslim extremist. Moreover, a 2007 NYPD report by Mitch Silber and Arvin Bhatt, “Radicalization in the West: The Homegrown Threat,” argued that the most violent, extreme interpretations of Islam were likely to be embraced not by Muslim immigrants (like Ullah), but by their sons and daughters—in particular, converts to Islam. Also, experts caution that painting all Muslim immigrants with a broad brush can alienate community members who might otherwise be willing to volunteer information about peculiar behavior or potential terror plots. “Having family, friends, and acquaintances report suspicious activity” is crucial to preventing terror, said Richard Clarke, a former counter-terrorism and cyber-terrorism adviser to Republican and Democratic presidents.

Terrorism experts warn against complacency. Because the Islamic State’s territorial caliphate has shrunk and its members are on the run, jihadists have shifted their holy war to Western countries and cities. Such attacks are likely to continue, and perhaps accelerate, as frustrated Muslim fighters return to Europe and North America in search of softer targets.

There is much that national security officials can do in the interim to enhance national security, even here in New York, where the NYPD is regarded as counterterrorism’s gold standard. First, the NYPD should repost Silber and Bhatt’s groundbreaking report, which was removed from the department website after civil liberties groups complained that it stigmatized Muslims. It did not, but it did provide case studies on radicalization that law enforcement and family, friends, and neighbors would find useful.

Second, the NYPD might also consider reconstituting its “Demographic Unit,” another small but vital effort to document where ethnic groups live in the city, and where a terrorist “might seek a job off the books or a cheap place to stay,” in the words of the Wall Street Journal. The NYPD disbanded this covert surveillance program in 2013 after similar complaints from civil rights groups.

Third, the city council should postpone action next week on the “Right to Know Act,” which, as the New York Post has argued, would “dangerously discourage cops’ ability to perform proactive policing.” The two-part bill would require cops to identify themselves to people they stop and provide a business card if they don’t make an arrest or issue a summons. The second measure would require the NYPD to obtain consent before searching a suspect if it lacks a warrant or probable cause to conduct the search.

Washington must respond strategically as well. Congress should principally focus on figuring out who is already in the United States. Counterterror expert Richard Clarke has long advocated for a national identity card—a controversial measure, but one perhaps worth considering again. While Social Security cards can be forged or stolen, biometrics and other modern technologies enable the federal government to issue cards that reliably identify individuals for a host of purposes, Clarke says. 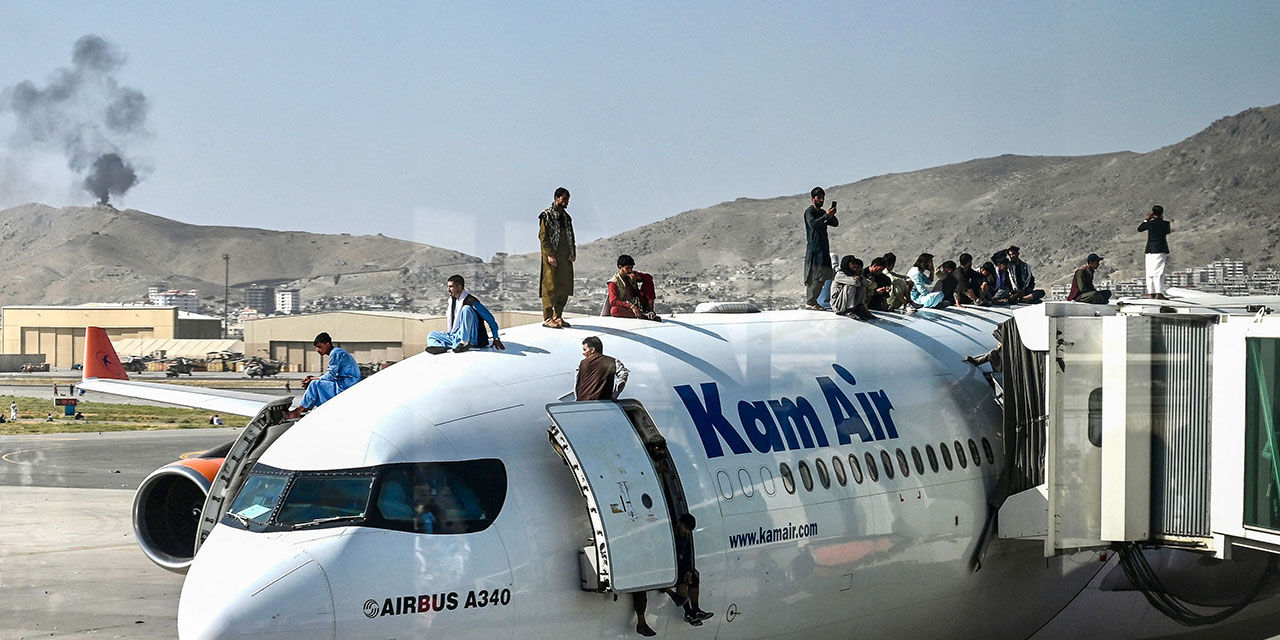