“There are two races of men in this world,” wrote Viktor Frankl in Man’s Search for Meaning, “the ‘race’ of the decent man and the ‘race’ of the indecent man. Both are found everywhere; they penetrate into all groups of society. No group consists entirely of decent or indecent people.”

Frankl wrote that to illuminate an encounter he had just described, in which a guard in one of the Nazi death camps he had endured as a young man—nearly his entire family was murdered in that depraved universe—showed him a kindness by giving him a piece of bread.

A Jew, Frankl could have used the example of a Jewish person displaying kindness to an anti-Semite in order to disprove Nazi racial theories that held that particular social groups—Jews, gypsies, blacks, homosexuals—are inherently evil, no matter what the individual members of those groups say or do. The Nazi racial theorists believed that, say, a Jew or a black person might not explicitly exhibit the moral corruption of their race, but this was merely an appearance of decency that allowed their twisted instincts to operate throughout society.

Jews and blacks expressed their moral rottenness in subtler ways: through their interactions with other people, through the customs and conventions of their social groups, through the way they institutionalized, without consciously realizing it, their debased moral natures. They were helplessly predetermined to be evil, and it was the awareness of this tragic fate that sometimes aroused the pity of the Nazi executioners, even as they were following orders to torture and to kill—a self-conscious feeling of superior virtue that made it possible to satisfy their moral vanity by beating and murdering with a heavy heart. These poor Jews were fated to be destroyed. Their rottenness was not conscious or deliberate. It was systemically rooted in the history and structure of their social group, their race. The construction of systemic oppression and murder as a response to their systemic evil was, therefore, a natural, even sorrowful inevitability, like death itself.

Frankl, however, did not make a Jewish person his exemplar of kindness. Instead, he chose a concentration camp guard, someone who had been made responsible for enforcing an unspeakable inhumanity. By choosing to reveal the startling decency of such a person, he proved his own decency as a Jew. He also fulfilled the intuitions of common sense rooted in a common humanity. All of us who are not racists—and that includes every white person I like and love—know that people should be judged by what they do, not by what they look or sound like, or by what group they belong to. Frankl’s decent concentration camp guard was specific, original, irreducible; he was defined by a unique gesture rooted in an unduplicable moment. His individuality was profoundly anti-systemic.

The fundamental principle underlying the idea of systemic racism in our time is that every white person, whether explicitly racist or not, is a participant in America’s systemic oppression of black people. This infinite regression of culpability—in which, if a white person confesses to racism, he is a racist, and if he doesn’t, he is even more a racist—is a construction of systemic accusation created out of the fabrication of systemic racism. It is so contrary to ordinary experience and common intuition that it could only thrive in a framework of punishment and reward based on status, power, opportunity, ambition, and fear.

Unlike every social movement in modern history, the woke movement was created by, for, and deep within the media. It did not come out of the civil rights movement’s struggle against the episodic racism that is embedded, sometimes hopelessly, in American life. The woke movement took off at the peak of the #MeToo inquisition, whose origins and targets were also almost exclusively located in the media. Of course, a looming question is why white racism would take generations to be publicly revealed as systemic. If something is systemic, it is hard to miss, unless the advent of scores of high-powered black officials and influential black cultural and social figures, a rising black middle and upper middle class, and the eight-year tenure of a black president blinded an entire country, including the entire liberal and progressive establishment, to the systemic white racism all around them.

The public debut of the idea of systemic racism at the height of #MeToo was hardly a coincidence. Powerful white male editors were diving for cover. Finding that they could insulate themselves by attaching themselves to wokeness, which would also boost their moral equity, was a godsend. Being a toxic male was nothing compared with being a white supremacist, and if you were engaged in exposing the latter, then addressing the question of your status as the former could be postponed, maybe indefinitely.

The event that established systemic racism as a master narrative of American history was the publication of the 1619 Project in the New York Times Magazine on August 14, 2019. The “Shitty Media Men” list, which reported the names of male media figures who were alleged to have sexually mistreated women, appeared online in October 2017. It struck terror into every man, especially every white man, working in the media. Assuming that it took months to devise, assign, assemble, edit, and publish the 1619 Project, it is safe to say that its gestation and completion coincided almost exactly with the J’accuse! of toxic masculinity that began in the fall of 2017 and that only began to subside as the J’accuse! of “systemic racism” took its place.

The speed of this transformation was so dizzying that the gross contradiction at its heart has gone almost comically unacknowledged. It is simply this: the editor of the New York Times Magazine who commissioned and published the 1619 Project—a presentation of American history arguing that white racism is woven into the very foundation and fabric of American society, implicating every white person in white supremacy—is white. His deputy editor is white. And they are not just any white agents of systemic white racism. They are the editors of one of the most prestigious and consequential publications in American journalism.

At the same time, the black journalist who authored the 1619 Project, Nikole Hannah-Jones was recently denied tenure at the University of North Carolina–Chapel Hill, presumably because of her authorship of the 1619 Project, which has been discredited and debunked by numbers of distinguished liberal historians, among others.

In other words, Jake Silverstein, the white editor who commissioned the 1619 Project and then defended it against its prominent critics, has seen his star rise, while the black journalist who did all the work and put her name on it has suffered a severe professional setback. You could forgive black people for shaking their heads and thinking that some things never change.

The so-called critical legal theorists, active in the 1970s, out of whose ideas came critical race theory, liked to refer to the Frankfurt School thinker Herbert Marcuse, who developed the idea of “repressive tolerance.” Marcuse held that a society’s tolerance only extended to accepted ideas and served to suppress any idea that was not the product of an official consensus. A law that seemed to tolerate one freedom actually performed the secret function of repressing any freedom that sought to expand it.

Ironically, repressive tolerance is now the overarching dynamic of the woke revolution. White people excoriating whiteness in the name of tolerating black claims of systemic oppression is the most effective way to consolidate white power. The white excoriators are beyond reproach for two reasons. Their prescriptions are unquestionably moral. Their power in their world is punitively absolute.

Now I don’t think that Silverstein should step aside as editor of the New York Times Magazine because he is white; it is Silverstein himself who is making that argument. He has published and defended a vision of American reality in which all white people are complicit in white racism. The more powerful a white person is, the more destructive the effects of his power, and the more urgent the necessity of replacing him with a black person.

Silverstein himself is not just any editor of just any publication. If you believe that the color of someone’s skin signifies a moral quality, then the representative power of a black person in the editor’s chair would be more effective in advancing the woke agenda than any essay Silverstein might ever publish.

As I said, I don’t believe that either man should resign simply because he is white. But both have endorsed, again and again, a vision of American history and society that finds outrage and pain in the fact that white people continue to occupy the loftiest positions. How can these two powerful white men not see, by the logic of what they are publishing, the painful, unjust, outrageous irony of their sponsoring one article after another making the case for the dismantlement of a system dedicated to the preservation of white power? The situation cries out for moral clarity.

Allow me, then, to make a proposition to Silverstein and Remnick. Either you, as two powerful white men, affirm the new resistance, insistently advanced by both of you, to systemic white racism and resign, or you both stay where you are. If you do choose to remain in your powerful positions, then we will all understand that choice as your deliberate rejection of the absurd and obscene notion that people are racist simply by virtue of the color of their skin.

Decency, in the eyes of both sides, hangs in the balance. 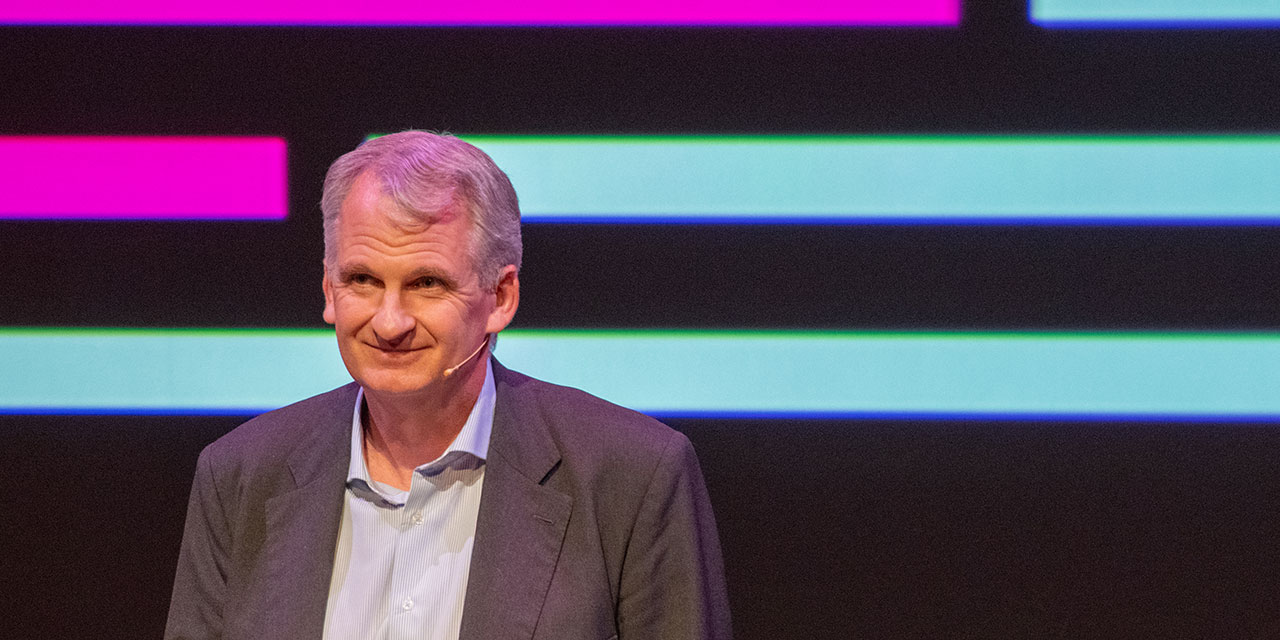 Lee Siegel As Timothy Snyder rises from academic hotshot to intellectual celebrity, the quality of his work declines.