One of American sports’ most iconic events is in danger of being lost. The Rose Bowl, played for 107 consecutive years, is threatened not with outright extinction but with dreary diminishment. Fortunately, there is a way to save the event by feasibly adjusting the playoff expansion that threatens it.

Alexis de Tocqueville argued that America’s success could largely be traced to its civil associations. One of the finest examples is the Pasadena Tournament of Roses Association, the nonprofit and mostly volunteer-led organization that has put on the Rose Parade since 1890 and the Rose Bowl every year since 1916. The efforts of this association have arguably made Pasadena the center of the world on New Year’s Day.

The Rose Bowl, which takes place six hours after the Rose Parade, has essentially always invited a West Coast football team to play a team from the eastern half of the United States, or at least from east of the Rockies. Indeed, the Rose Bowl was originally called the Tournament East-West Football Game. The only exceptions to this East-West matchup have been once during World War I, once during World War II, and five times during the 24 years spanning the Bowl Championship Series (BCS) and College Football Playoff (CFP) eras.

Most fans know the game as a matchup between the champions of the Pac-12 (or, earlier, the Pac-10 or Pac-8) and Big Ten conferences. The Rose Bowl’s historic affiliation with the Pac-12 (originally called the Pacific Coast Conference) dates to 1916 and covers 100 of its 108 contests. (Stanford got mauled by Michigan, 49–0, in the inaugural 1902 game, but that was before the Pacific Coast Conference came into existence.) The Rose Bowl’s affiliation with the Big Ten Conference dates to 1947 and includes all but six of its past 76 games.

But with college football’s ongoing transformation has come a redesign of the sport’s postseason that would eliminate these historic associations. Rather than letting teams strive all season to make it to what the great Keith Jackson called “the granddaddy of them all” and battle to become Rose Bowl champions, the proposal would make the Rose Bowl merely a playoff site, stripped of its traditional place. College football’s powers-that-be plan to triple the size of the playoff field, from four teams to 12. Four first-round games would be played in early to mid-December on higher seeds’ home fields, with the four winners advancing to the quarterfinals to play teams with first-round byes (the top four seeds). These quarterfinals would be played at bowl sites on or around New Year’s Day—or possibly a week or two earlier (more on that below)—with the semifinals and championship game to follow.

Sports Illustrated reports that CFP officials are also discussing moving the season up a week starting in 2026. This would make college football start in the summer instead of on Labor Day weekend (the historic transition weekend from summer to fall), would cause the regular season (excluding conference championship games) to end before Thanksgiving, and would mean that most major bowl games were no longer played on New Year’s Day—thereby depriving Americans of the longstanding tradition of seeing the likes of the Orange, Sugar, Fiesta, and Cotton Bowls all played on (or near) that day. In that scenario, neither the Big Ten nor Pac-12 champions would be placed in the Rose Bowl—it would simply be a semifinal site, with a matchup not announced until two rounds of playoffs had been completed, and without enough advance warning for everyday Americans to make plans to travel there to support their team. Or else the Rose Bowl would be a quarterfinal matchup no longer played on New Year’s Day—and severed from the Rose Parade. 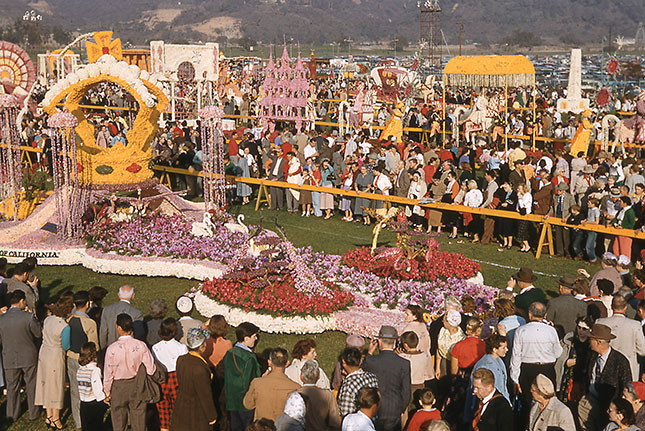 Many college football fans welcome the expanded playoff, especially since star players have often sat out less-prestigious bowl games in recent years. But there is a way to retain the structure of the new playoff proposal while also preserving the Rose Bowl’s place as an intersectional West-versus-East matchup and as a destination game with historic bowl tie-ins—while preserving other beloved New Year’s Day bowl games as well.

Here’s how such a modification of the planned expansion could work (a visual depiction is here). The playoff’s top six seeds would be conference champions (compared to the top four under the current proposal)—including the champions of the Power Five conferences (the Pac-12, Big Ten, Southeastern, Atlantic Coast, and Big 12) and the top-ranked champion of a Group of Five conference (the American, Mountain West, Conference USA, Sun Belt, and Mid-American). Power Five champs would receive quarterfinals bids based on traditional bowl affiliations: the Pac-12 and Big Ten champions would meet in the Rose Bowl, the SEC champ would play in the Sugar Bowl, the ACC champ in the Orange or Peach Bowl, and the Big 12 champ in the Cotton or Fiesta Bowl. The top-ranked Group of Five champ would be guaranteed the sixth seed and therefore a home playoff game in the 11-team field. Finally, three first-round games, played on higher seeds’ home fields, would determine which teams would fill the three remaining quarterfinal spots.

Two exceptions would apply. First, if an independent or Group of Five champion cracked the top four in the CFP selection committee’s rankings, that team would be awarded a quarterfinal bid instead of the lowest-ranked Power Five champion, which in turn would receive a first-round bid to play on its home field. Second, if the Big Ten and Pac-12 champs were seeded first and second, the No. 2 seed would move to the other half of the playoff field and be replaced in the Rose Bowl with the first-round winner of the Nos. 8 and 9 teams, thereby guaranteeing that the top two teams could play only in the final. Nothing about this proposal would keep the Rose Bowl Stadium from also being the site of a semifinal or championship game, as it was five days after the actual Rose Bowl Game in 2014.

One might object that the Pac-12 and Big Ten champions’ placement would deviate from the usual seeding system. But this would be a small price to pay to save the game that has been college football’s crown jewel for more than a century. Even during the playoff era, the Rose Bowl’s television viewership has sometimes matched the television viewership for national semifinal playoff games, while dwarfing the viewership for other non-playoff bowls. College football is a sport built on tradition, and while it can and must adapt, needlessly destroying its richest traditions would undermine its core appeal. Moreover, exceptions included in this proposed modification would ensure that the Pac-12 and Big Ten champions would not be placed together in the Rose Bowl if they are seeded first and second, or if one of them is the weakest Power Five champ while a Group of Five champ or independent is ranked in the top four. With such exceptions in place, this relatively minor departure from the generic seeding system would slightly help the teams from one or both of those two conferences in some years and slightly hurt them in others, with these advantages or disadvantages evening out over time.

Finally, as conference memberships continue to change, this proposed modification would easily lend itself to adjustments if, say, the number of Power Five conferences dropped from five to four, or even from five to three. If the Pac-12, for example, were to cease to be regarded as a Power Five (or top-flight) conference, then it wouldn’t make much sense to match up the Pac-12 and Big Ten champions in the quarterfinals in the Rose Bowl each year. But such a change could be made later if necessary. Why destroy that 76-year alliance prematurely?

America is not always kind to its traditions. We often destroy them inadvertently or carelessly. With these feasible adjustments, however, the Rose Bowl could continue to host the Pac-12 and Big Ten winners every New Year’s Day at 2:00 p.m. Pasadena time. Nothing beats sitting in Arroyo Seco Canyon in the middle of the day with no thought of evening’s arrival, then watching the sun slowly set and the shadows fall, as the lights illuminate the field for the fourth quarter in the most beautiful stadium in sports. Let’s not lose that.

Jeffrey H. Anderson is president of the American Main Street Initiative and is co-creator of the Anderson & Hester College Football Computer Rankings, which were part of college football’s Bowl Championship Series formula throughout the BCS’s 16-year run (1998–2014).

The Election, By the Numbers

Jeffrey H. Anderson Exit polling shows a citizenry dissatisfied with both parties, most politicians, and the general direction of the country.
eye on the news