Somerville, New Jersey, used to be dreary. Half of Main Street’s storefronts seemed to be dusty antique shops in old walk-up buildings. One of the most prominent businesses was an all-you-can-eat buffet. A Zenith television repair sign hung out behind a parking lot. A half-empty, low-slung brutalist strip mall occupied two full downtown blocks. The opening of the nearby Bridgewater Commons mall in 1988 hit the old downtown hard.

Today the central Jersey borough is lively, popular, cool. Outdoor seating lines the fully pedestrianized Division Street corridor. You can indulge in ice cream, bubble tea, and all-you-can-eat sushi; you can play games at a retro video arcade. Downtown boasts trendy restaurants (French-Thai fusion), mainstays (an Irish pub), and upscale spots (Wolfgang’s Steakhouse, the only one of the small chain’s locations located outside a major city). Parking is available at modest prices; kids, families, singles, and older residents can find plenty to do.

What happened? Colin Driver, Somerville’s director of economic development, who helped oversee the transformation, says the story begins with the Division Street pedestrian mall. Back when it was open to auto traffic, the cross-street suffered high commercial and residential vacancy rates, looked dark, and felt unsafe. Driver said it was a “no-man’s land.” The town proposed the pedestrianization project as an experiment, but eventually closed the street to traffic permanently. Vacancy rates plummeted, while foot traffic and the absence of speeding cars made it a more attractive street to live and do business. The storefronts and top-level apartments are now nearly 100 percent occupied. The pedestrian corridor demonstrated an important principle: prioritizing people over traffic can be good for business and economic growth. Now other towns are looking to Somerville as an example.

New, centrally located housing is the other ingredient in the town’s recovery. “The key to a healthy community is people,” Driver says—and people need places to live. The promise of an enlivened, revitalized Main Street helped sell new housing and construction to the town’s initially skeptical incumbents. And if Somerville’s new construction is distinguishable from its classic Main Street architecture, it generally fits. (Accounting for aesthetic concerns, the town ensured that one apartment complex, the Edge at Main, had some texturing and ornamentation.) 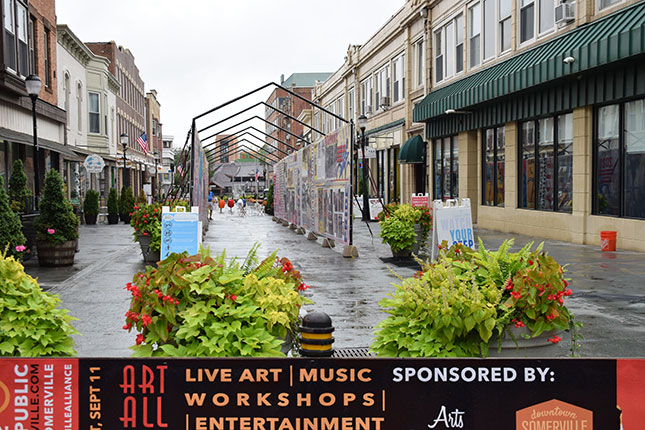 In New Jersey’s many quaint towns, a downtown that serves as a real neighborhood rather than a shopping district or an open-air museum can be a rarity. But Driver notes that Somerville’s frequent reelection of its mayor and council members through the 2000s provided continuity that made new projects possible. Driver sees it as evidence that voters believed the municipal government was working with them and wanted to realize long-term plans. Developers, too, were confident that the town would work with them, and made investments.

Counting all recent and current housing projects, Somerville will have added over 1,200 new housing units—in a town with a population totaling only about 12,000. Some will go in the second block once occupied by the strip mall; the Edge at Main occupies the first. And some, including Somerville’s first new for-sale homes in about 40 years, will go in a large new “transit village” project near the NJ Transit rail station. Far from altering the town’s character, these new projects are filling holes in the streetscape.

Such projects have overcome obstacles. Driver estimates that only about 10 percent of the population consistently opposes new development. Zoning also got in the way. Somerville does not have single-family zoning, per se; its single-family zones permit the “reuse of existing dwelling as multifamily.” But Driver explains that the town had to revise its 1970s-era zoning code, written at the height of suburban expansion, to permit new apartments on Main Street.

Most residents are happy with Somerville’s trajectory, though some have criticized the development. But the larger residential developers have enhanced opportunities for small businesses and local entrepreneurs. The success of the fairly large and long-term Edge at Main project sent an auspicious signal to the borough’s current and prospective business owners. Driver points to the eclectic mix of stores and restaurants, most of which are locally owned. Some entrepreneurs, he says, got started specifically because they saw growth on the town’s horizon.

Does this approach to economic development crowd out families or turn quiet towns into urban playgrounds? Driver doesn’t think so. The variety of stores, businesses, and activities that appeal to this young demographic tend also to appeal to a broader cross-section of the town. 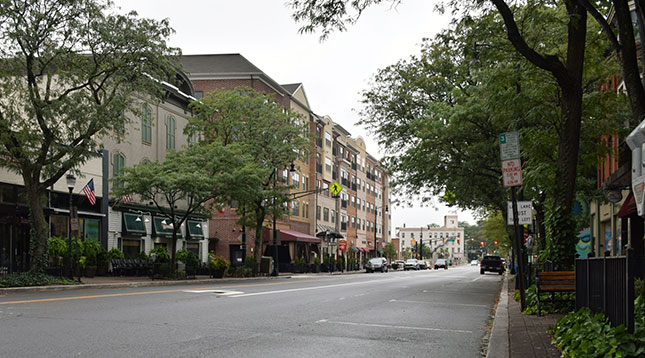 If the project succeeds in the long term, some of Somerville’s newer, younger residents should remain in the area. To this end, the town’s new apartments serve a crucial purpose. Apartments act as a bridge between college and marriage for people in their twenties and make it possible for young couples to save for a larger place. Perhaps these young adults will move over to one of Somerville’s many single-family houses. Older folks and empty-nesters may downsize and move into one of the downtown-adjacent apartments. In any case, the borough now has a variety of housing options and commercial and social activities for people and families in all stages of life.

Somerville is more urban than many small towns. But its trajectory demonstrates that growth does not have to bring overcrowding or alter a locale’s fundamental character. Americans who love their small towns should stop worrying and learn to love growth—and reap the economic and social benefits.

Addison Del Mastro writes on urbanism and cultural history. Find him on Substack (The Deleted Scenes) and Twitter (@ad_mastro).

Addison Del Mastro A uniquely American place can bring down housing costs for families, if we can restore the conditions that made them possible.
More on

John O. McGinnis Dreadful leadership in the offices of state’s attorney, mayor, and governor has played a significant role in the city’s escalating violence.
from the magazine

Eric Kober What should America do about its urban highways?