On October 14, a New York Post story presented evidence that Hunter Biden had monetized access to his father, Democratic presidential nominee Joe Biden. The exposé, based on the hard drive of a laptop computer alleged to have been owned by the younger Biden, may or may not hold water. It is, however, worth noting that no one has ever explained what else, besides the prospect of a direct connection to the Obama White House, could account for Ukrainian energy firm Burisma’s decision to make then-Vice President Biden’s dysfunctional son a board member and pay him $50,000 a month.

The pixels had barely dried on the Post article before it generated, then became intertwined with, a controversy about the controversy. Within hours of its appearance on the newspaper’s website, two of the biggest social media platforms, Facebook and Twitter, took steps to suppress the story. Facebook announced that, pending an independent assessment of whether the claims were accurate, it had adjusted its operating software to make it more difficult for users to share or discuss the article. Twitter went further, flatly preventing users from sharing the “potentially harmful” story. It also froze the Post’s own Twitter account, which has had no new entries for the past 11 days, as of this writing.

If Facebook and Twitter intended to make the Biden laptop story go away, however, their intervention had the opposite effect. Questions about a political family’s corruption became part of a larger debate about the power of social media platforms. Do the proprietors of our digital public squares censor and curate our discourse there? Are the rules for what can and can’t be said clear and universally applicable, or arbitrary and selectively enforced?

Other media platforms, too, have moved on from disinterested presentation and examination of the facts to explicitly supporting particular political causes. National Public Radio, for example, announced that it would have nothing to do with the Post’s story about Hunter Biden’s laptop. “We don’t want to waste our time on stories that are not really stories,” a managing editor explained, “and we don’t want to waste the listeners’ and readers’ time on stories that are just pure distractions.” (In August, NPR felt that an excellent use of its journalists and listeners’ time was a long, sympathetic interview with Vicky Osterweil, who had written the book In Defense of Looting.) Similarly, Glenn Reynolds devoted one of his weekly USA Today columns to Facebook and Twitter’s efforts to halt the spread of the Post’s story on the Bidens. USA Today spiked the column without explanation; it was available only to readers of Reynolds’s blog.

Open the aperture wider still, and it becomes clear that cutting-edge “liberal” thinking is increasingly hostile to liberty. John Stuart Mill believed that the free and full exchange of ideas not only honors the rights of the people who express them but also enhances the understanding of those who read or hear them. People shielded from ideas that they find noxious or absurd “have never thrown themselves into the mental position of those who think differently from them, and considered what such persons may have to say,” Mill wrote in On Liberty, in 1859. As a result, “they do not, in any proper sense of the word, know the doctrine which they themselves profess.”

In the twenty-first century, left-of-center scholars, activists, and journalists increasingly view Mill’s case for free expression as an embarrassing anachronism. Worse still, they believe, is that the cost of giving maximum latitude to the presentation of diverse opinions has come to outweigh the benefits. It is a “mistake to think of free speech as an effective means to accomplish a more just society,” Georgetown law professor Michael Seidman said in 2018. Because the United States suffers from too much free speech exercised by too many people, Emily Bazelon of the Yale Law School wrote in the New York Times, our beleaguered democracy is “drowning in lies.”

Instead of allowing a self-regulating public square, where sound evidence and reasoning prevail over arguments shown to rest on weaker facts and syllogisms, these thinkers want superintended discourse. The goal, according to the New Yorker’s Masha Gessen, is to establish and maintain “the sphere of legitimate controversy.” James Bennet, for example, lost his job as editorial page editor of the New York Times because he thought an op-ed by Senator Tom Cotton endorsing the use of federal troops in riot-torn cities fell within that sphere. A staff revolt at the newspaper reflected the contrary belief that Cotton’s opinion was beyond the pale.

Bennet may have laid the basis for his eventual firing when he published a 2018 op-ed, “The Ignorant Do Not Have a Right to an Audience,” by philosophy professor Bryan W. Van Norden. He argued that “gatekeepers to the public,” such as newspapers, television networks, and social media platforms, “have a fiduciary responsibility to award access based on the merit of ideas and thinkers.” Giving oxygen to thinkers Van Norden deplores, such as Ann Coulter or Jordan Peterson, does not constitute “admirable intellectual open-mindedness.” Rather, it amounts to the destructive error of treating their “specious” views as ones that lie “within the realm of defensible rational discourse.”

The obvious problem with Gessen and Van Norden’s calls to police the border between acceptable and unacceptable speech: who will guard the guardians? By what authority, by what standards, do the arbiters of legitimacy and merit make their decisions, and expect everyone else to accept them? There is no clear answer to this basic question, which is the reason that Facebook, Twitter, and NPR’s explanations for smothering the Biden laptop story were vague, shifting, and evasive. The implicit answer—that the arbiter class shares certain sensibilities and is made up of people who validate one another for manifesting those preferences—is infuriating to anyone outside that class.

As it happens, those who are deplored have recourse against those who do the deploring: just walk away. The social media companies are especially vulnerable to this exit strategy. Their whole business depends on “network effects.” People go to Twitter and Facebook because people go there, which means people will stop going there if people stop going there. As Megan McArdle asks, when was the last time you checked on your MySpace account? It won’t require an organized boycott of Facebook and Twitter, just the rational response of customers who come to realize that viewpoints they hold or respect are actively suppressed by the management.

In other words, more and more Americans have less and less interaction with countrymen who think differently from themselves. Our experiment in self-government will become even more precarious if geographic self-segregation is compounded by epistemic self-segregation, as we inhabit not just neighborhoods but also cyberspace precincts colored either bright red or deep blue.

To reduce this danger we need our gatekeepers, whether in new media or old, to facilitate rather than discourage a wide range of viewpoints, and to show enough respect for their fellow citizens to let the facts, weak or strong, speak for themselves. The standards for what gets through the gate need to be few, simple, widely known, and uniformly applied. Encouraging a full and fair exchange of ideas was once a principle of intellectual integrity. It should be so again—but until then, our fallback hope is that the gatekeepers might practice self-restraint out of a sense of civic duty. 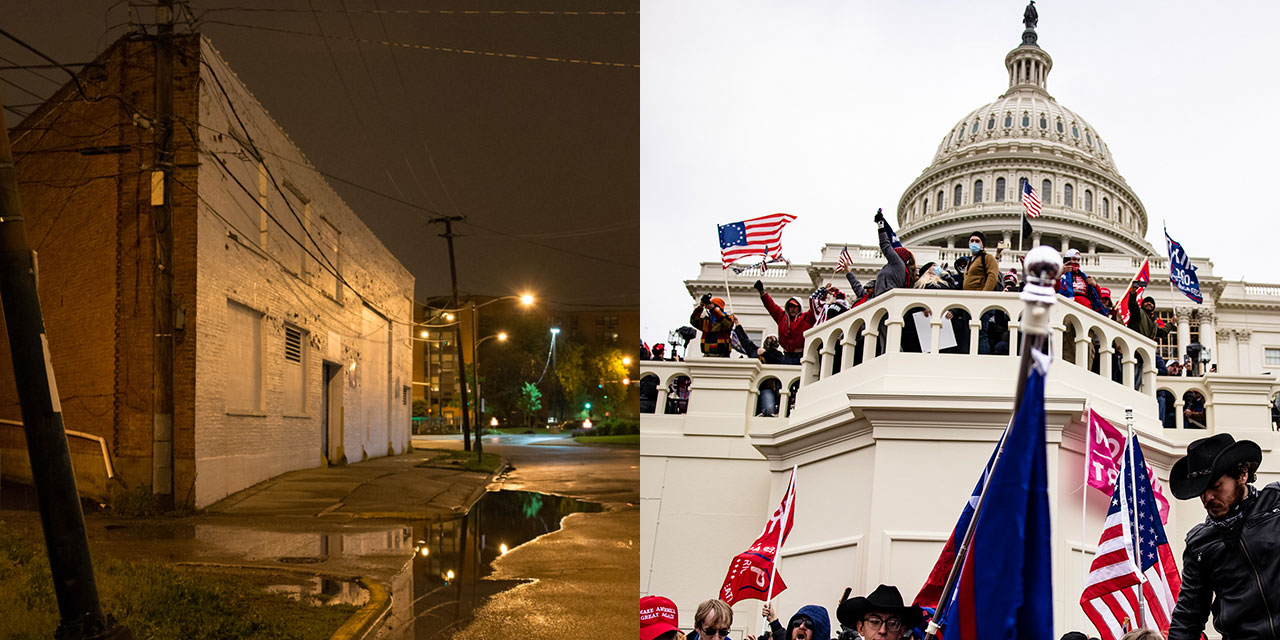 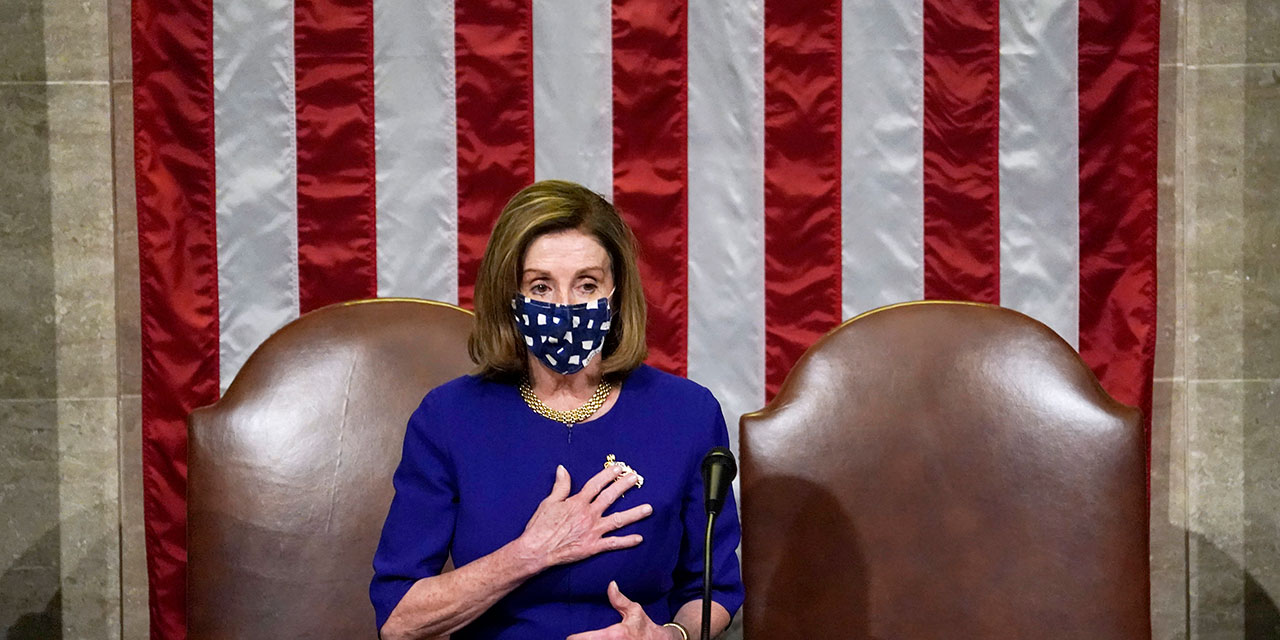 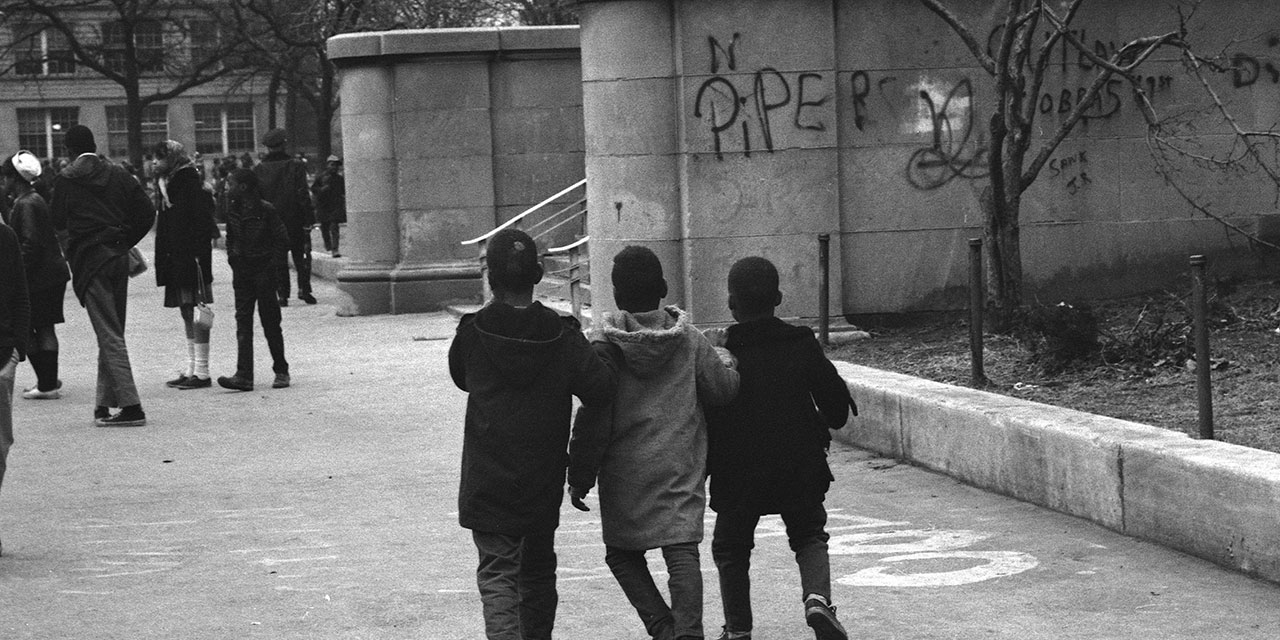