Many groups bear some responsibility for the recent chaos in American cities, including the rioters themselves, police departments and unions that fail to discipline bad cops, politicians at all levels of government who deliberately enflame anger and resentment, and social media influencers. Add another group to the mix: gangsters, who for decades have turned many inner-city, mostly black neighborhoods into warzones.

As the evidence indicates, though white men are killed more often by cops, it’s statistically more likely for a black man to be killed by a police officer than a white man—a reality that might be explained by the fact that cops interact with black men far more often than they do with white men. The gangsters help explain that difference.

The likes of the Bloods, Crips, Gangster Disciples, Vice Lords, and their factions draw cops into black neighborhoods—often at the urging of black citizens—because these gangs commit such a large share of the thousands of gun crimes in U.S. cities. Even during the Covid-19 pandemic, gangsters have continued to kill black men across the country. Though gangs make up a small minority of urban America’s young men, they have an outsize influence over the relationship between cops and black communities.

Of course, Derek Chauvin, and his accompanying Minneapolis police officers, not gangsters, caused the death of George Floyd. But gangsters helped create the environment and cultural context that allow police violence to thrive. And that reality is relevant to any efforts to improve American policing, from reform to revolution.

For reformers, gangsters undermine efforts to address what many regard as the over-policing of black communities or institute community-policing strategies. Spikes in violent crime increase public support for more aggressive policing. More aggressive policing requires government budgets to pay for more cops in the police force, rather than investing in new police-accountability measures, like body cameras or improved procedures for investigating police shootings.

Revolutionaries speak of disbanding police forces, but even when such notions gain some community or political support—as in Minneapolis, where the city council is pursuing it—the reality goes only so far because of the persistence of urban crime. And the model that many point to—Camden, New Jersey—is instructive. In 2013, the city disbanded its police force but replaced it with a larger county force, which grew the number of police in the city from 250 to 411 and gave Camden “the highest police presence of any larger-sized city in America” and the lowest homicide rate that the city has had since the 1980s. The reality of crime will ultimately bring cities back to stronger law enforcement. Even Democratic presidential nominee Joe Biden, described by President Obama as having the “most progressive platform” in history, has made clear that he does not support disarming or defunding police.

Americans who want to improve policing should recognize that gangsters make it harder to change policy or culture. Reformers and revolutionaries alike often struggle to accept the reality of persistent hardcore criminality among a minority segment of the black community. Not wanting to play into racist stereotypes, they refuse to distinguish the gangsters who terrorize black communities from the vast majority of law-abiding black people.

Many well-intentioned people, moreover, argue that reducing gang violence requires long-term investments in community programs or economic development. These are worthwhile goals, and I support them enthusiastically. But, in the meantime, most people—concerned for their personal safety—will justifiably favor investing in law enforcement, since police officers can make an immediate, positive impact in reducing homicides in black communities, as Harvard economist Roland Fryer has documented.

Is there a step that we can take to reduce gang violence that’s also an alternative to putting more cops in black communities? Yes: changing the culture that young black men in urban America are raised in. That means aggressively calling out the glorification of violence, and stigmatizing those who tolerate or celebrate gang violence, the same way we stigmatize incidents of police brutality against blacks.

This is not a “What about Chicago?” argument in the face of police violence. It’s a challenge to apply the same assumptions about cultural influence that propel social media activism about police violence to another form of violence that kills black men. If it’s valuable for Jay-Z to speak about George Floyd, then why can’t he also apologize for glorifying drug dealing? If ESPN and the athletes it does business with believe that they have a responsibility to talk about racism, then why can’t they also recognize how harmful it is to feature gangsta rap songs like “N*ggas Bleed” on their platforms? If Republic Records, home of Drake and Taylor Swift, chooses to ban the term “urban” out of respect for black people, then can it also stop publishing lyrics like “gun on my hip, just lower your tone, ‘cause you could get hit,” which clearly normalize violence among young men? (Note: the man who rapped these lyrics, Pop Smoke, was shot and killed earlier this year by ski-mask-wearing home invaders.)

Those who believe their voices make a difference on police violence should also use their voices to help reduce gang violence. Whether we like it or not, we won’t have the kind of law enforcement that we want until we also have less violent communities.

Jamil Jivani is the author of Why Young Men: The Dangerous Allure of Violent Movements and What We Can Do About It and managing director of Road Home Research & Analysis. 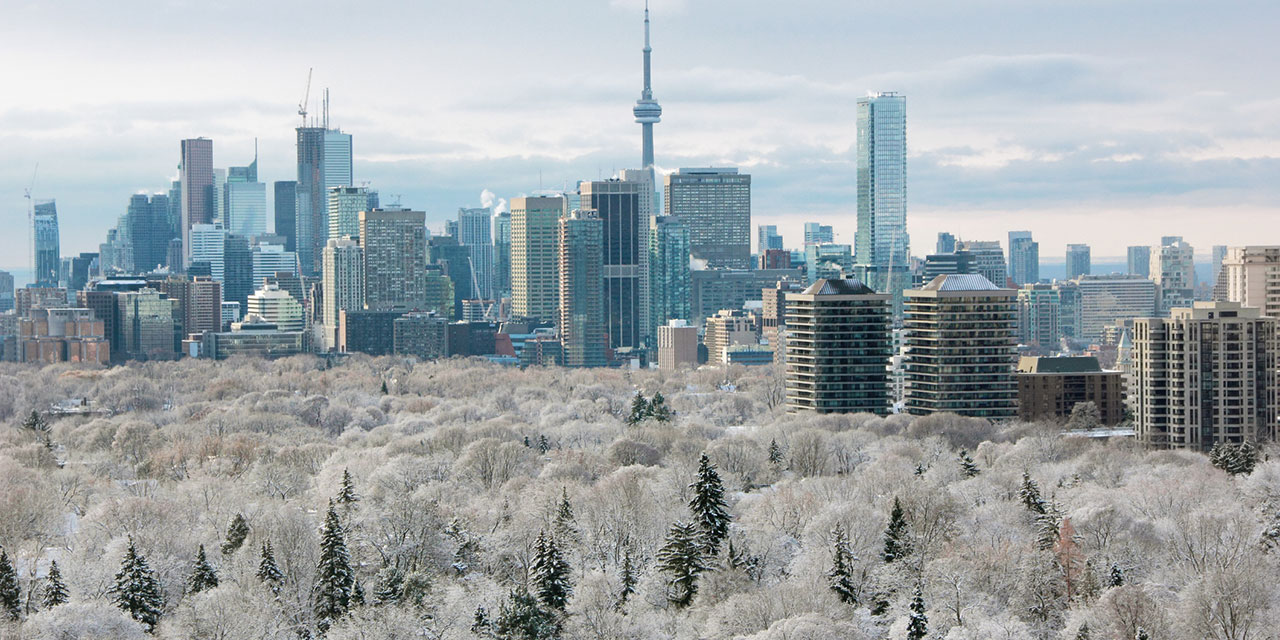 A Land Without Charters

Jamil Jivani The experience of a Toronto low-income neighborhood underscores the importance of school choice.
More on