Lights Out for Gentrification 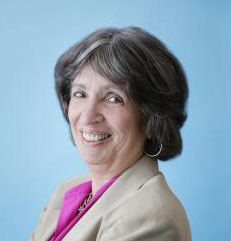 Kay S. Hymowitz discussed life in Brooklyn’s Park Slope, social network theory, the future of cities and gentrification, and more with Charles F. McElwee, assistant editor of City Journal. Hymowitz is the William E. Simon Fellow at the Manhattan Institute and a contributing editor of City Journal. She writes extensively on childhood, family issues, poverty, and cultural change in America.

How would you describe Brooklyn’s Park Slope during the Covid-19 period?

Park Slopers are a conscientious group, so they stayed inside and, when they did go out, they wore their masks and cut a wide berth. These days, the brownstone multimillionaires are fewer in number than young families living in modest-size apartments (with upmarket kitchens, of course). Without the benefits of the brownstone, and decks, stoops, and high ceilings, though, apartment-dwellers with small children were not much better off than folks in less affluent neighborhoods.

Except for the beloved Prospect Park. It’s startling to remember that Olmsted designed the park to serve as the “lungs of the city,” a place to breathe clean air and rest the senses, at a time when congested, squalid, tenement-lined streets were breeding contagious diseases (and probably claustrophobia). At the time, people worried about cholera, typhus, and TB; here we were in 2020 using that same park to help us survive a new epidemic.

Your feature from the Spring 2020 issue, “The Human Network,” addresses how social networks affect human behavior. How would this apply to the recent protests and rioting?

The protests and looting both offer perfect case studies of social contagion. The idea behind social network theory is that people pick up ideas, emotions, and behaviors from others in their networks, and that these social phenomena are contagious in a way analogous to, well, the coronavirus. Take a familiar example of emotional contagion. You experience pleasure listening to Bruce Springsteen’s music on your iPhone, but when you go to a concert of likeminded fans, even if you’re standing so far away that it seems like you’re looking at a Bruce doll, the pleasure explodes into a kind of rapture.

Something similar took place in the protests over the killing of George Floyd. Individuals were understandably angered about police brutality. There’s no question, though, that crowds of people who share your anger spread and intensify the feeling and add an (irresistible-to-humans) element of group affirmation and belonging. That emotion traveled, again like the virus, across the globe, though instead of using airplanes, it journeyed through television, tweets, and Instagram posts. There would have been no marches in Berlin or Copenhagen without social media networks. We might not have even had protests in New York.

Looting is a more dangerous example of social contagion. Even when no police are in sight, most people have an internal prohibition against smashing windows and stealing, and they know that others share their inhibition. Seeing others loot can make susceptible onlookers ignore the inner voice telling them “no.” That’s especially the case if the looters have high status in their network, and also if some of the normal restraints of civic life—against, say, spray-painting storefronts or cursing out police—have already been loosened, as they had during the protests.

What does this period portend for gentrification?

I think it’s lights out for gentrification. We may still see young, college-educated strivers moving to cities to start their careers, but more established professional workers will shun public transportation, demand more telecommuting, and make their escape to the suburbs. A lot of what made urban living so appealing for that group—the indie theaters, restaurants, and cafés—will not be coming back. Gentrifiers were able to take safety, a degree of cleanliness, and lively street life for granted. All of that is now in doubt. As middle-class parents leave and services are cut, the schools are bound to deteriorate; that will be the final nail in the coffin of gentrification.

Manhattan Institute president Reihan Salam has already warned about the likely “white flight” when taxes rise as a result of a needier, smaller population. The impact could be reduced if large companies keep their headquarters in urban centers. Even if more of their workers are telecommuting, there will be a substantial service need for offices and for the employees who still want to live close to where they work.

The other unknown for cities is what happens to immigrants. Remember: a third or more of the population of New York City, San Francisco, and Los Angeles is foreign-born. Immigrants tend to start more businesses and revive neighborhoods, but if cities lose enough population, the potential customer base will dry up. It’s unclear whether immigrants will continue to see opportunity in American cities.

I don’t know how overlooked it is, but I worry most about the profound disenchantment of the younger generation. Recent college and high school graduates have been educated, if that’s the right word, to think of the United States as uniquely unjust. Firsthand experience with two steep recessions and the shaky promise of a college education in an era of diminishing career possibilities will provide seeming confirmation of those lessons. Young Americans were already delaying marriage and children, and our fertility rate is at record lows—as is trust in the future. The combination of nihilism about the future and ignorance of history is a dangerous one.

The Crowd: A Study of the Popular Mind, by Gustave le Bon—published in 1895, it anticipates many of the insights of social network theory; The Social Leap, by William Von Hippel, on the evolution of social intelligence; The Price of Peace, a highly praised biography of John Maynard Keynes by Zachary Carter; and A House for Mr. Biswas, in hopes of finally correcting my inexcusable ignorance of the works of V. S. Naipaul.

Thomas Hogan Some law-enforcement officials remember how to make cities safe.
eye on the news

Arpit Gupta A complicated phenomenon that owes to many causes, homelessness can nevertheless be worsened by bad housing policy.
eye on the news

More Progressive Prosecutors On the Way?