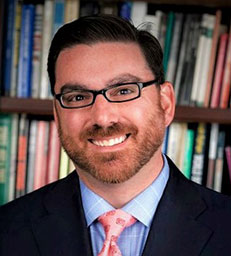 Sal Nuzzo discussed Florida’s population growth, education issues, and its role in presidential politics with Charles F. McElwee, assistant editor of City Journal. Nuzzo is vice president of policy and director of the Center for Economic Prosperity at the James Madison Institute, a nonprofit economic think tank in Florida. He has spent over 20 years in the policy arena, and his writing has appeared in the Wall Street Journal, The Hill, and RealClearPolicy. During the federal tax-reform debate of 2018, the White House website and Twitter account featured his Tampa Bay Times column among its “West Wing Reads” list. Nuzzo serves as a member of several policy work groups that advise congressional and White House leaders.

How has the state handled education issues during the Covid-19 crisis?

Florida is moving to adopt a hybrid model on a district-by-district basis for the upcoming school year. The Florida Virtual School—which has become a national model in assisting parents with home-based education—will play a more significant role in working with school district administrators, teachers, and parents to ensure that children’s educational progress isn’t short-changed. In addition, Florida’s commitment to school choice—championed by both Governor Ron DeSantis and Education Commissioner Richard Corcoran—will be a huge plus for the state’s ability to adapt and bounce back with respect to schooling.

How is the presidential election playing out in the state?

Jacksonville is currently slated as the new host city for the Republican National Convention in August, and we expect that it will be an electoral hotspot for both political parties. In November, Florida’s 29 electoral votes will play a big role in determining the presidential outcome. I was here for the 2000 election, and some presidential elections since then were decided by less than one percentage point. It’s my expectation that whoever wins Florida wins the presidency. Consequently, there will be a great amount of campaigning in the Sunshine State between now and November. What that looks like is anyone’s guess.

What is an overlooked trend in Florida?

Despite the pandemic, Florida is still a growth state—its population grows by roughly 900 every day. In addition, Florida sees more population and income migration than any other state, a testament to its governance model over the last 25 years: keep taxes low, make government regulation minimal and practical, and stay out of the way of small businesses and entrepreneurs. This is a formula for prosperity.

Revenue. Florida has no state income tax, and more than $6 billion of the state’s $92 billion budget comes directly from tourism. Numbers from the Orlando area show county tourism revenues down 95 percent to 97 percent from the same time last year—money that goes directly to essential services. As we continue through the summer months, the pressure on local governments will be intense. We’ll be watching to see which ones try to examine unnecessary spending and which are more inclined to raise taxes.

John O. McGinnis Dreadful leadership in the offices of state’s attorney, mayor, and governor has played a significant role in the city’s escalating violence.
from the magazine

Eric Kober What should America do about its urban highways?