“Cuomo and de Blasio are destroying the city,” cried a local restaurateur in a recent radio ad calling on people to visit his homey Italian eatery, where they can “fuggedaboudit.” The sentiment would have fit well in New York, where countless restaurants are struggling to pay rent, and where indoor dining is again banned. The Brooklyn accent griping from my car radio seemed out of place, however, as the Palm Beach trees flew by. The restaurant is in Jupiter, Florida. I’ve never been tempted to make the half-hour drive north from Palm Beach to dine there, but deserting New York for Florida’s warmer climes is easier to understand these days.

What, besides weather, palm trees, and Italian restaurants, can Florida offer to the New York transplant? A lot, as it happens. When the trend started—with rich Manhattanites decamping to second homes soon after the pandemic shutdowns began—Bronx cheers went up in response to those who questioned New York’s imperviousness. Then, as the traumatic spring careened into a summer of race riots and surging violent-crime rates, even sensible liberal millennials started fleeing to wherever they could go. By autumn, moving vans were hard to find, and one report found that nearly 300,000 change-of-address forms had been filed with New York City post offices. Manhattan sales, rents, and occupancies fell by historic margins and have yet to bottom out. Even those who tentatively returned might have soured under the unrelenting flow of recent municipal dictates. Some friends who overcame their returnee euphoria in about six weeks have now moved to Armenia.

Florida may not be the ultimate destination of your average New York refugee—most are headed for nearer suburbs—but it has a definite allure. Palm Beach single-family home sales grew 98 percent from January to June and have slowed only slightly since, with New York buyers accounting for most of the increase. My son’s school saw a corresponding 105 percent spike in applications, with 60 percent from the New York area; the parent phone directory teems with alien 212, 646, and 917 area codes. Our daily drop-off parade of Range Rovers, BMWs, and Mercedes is dotted with the sick mustard color of New York license plates. A commonly overheard conversation in local restaurants consists of identifiable New Yorkers congratulating one another on their escapes.

In addition to providing a refuge from cold—and, these days, violence and the constant threat of lockdowns—Florida’s financials are a powerful draw. It remains one of only nine states without a state income tax, and with a balanced budget and rising red-state demographics, it has no realistic prospect of adopting one. No Florida municipality assesses a city tax, as New York and some other urban governments do. That means that for top earners, moving to Florida offers a 13 percent savings. That’s a lot of cheese soufflés at La Goulue, the storied Upper East Side French bistro that opened a location in downtown Palm Beach in October. Business likes the Sunshine State, too. Goldman Sachs is scouting Florida locations for its entire asset-management arm, a multibillion-dollar business that may soon no longer support the New York economy.

A faithful New Yorker might ask: “But whaddabout da cultcha?” Here, too, Florida has answers. Almost all its museums reopened in the early summer. Dining is a surging industry, pandemic notwithstanding, with New York favorites opening new establishments here. Alongside La Goulue, one finds Swifty’s, Sant Ambroeus, and Almond. For the Manhattanite despairing of shuttered Broadway theatres and reduced to getting his Metropolitan Opera fix from streamed telecasts of yesteryear, live performance resumed in South Florida last month. Capacity is reduced and masks are required, but the celebrity Russian pianist Daniil Trifonov, whose Carnegie Hall and New York Philharmonic performances invariably sell out, gave a stunning all-Bach recital at Palm Beach’s Society of the Four Arts on December 13. More recitals and ensemble performances are planned, and by February live opera will be back in place, at least in outdoor settings.

Is the Florida exodus temporary? No one knows. The vaccines are rolling out, with Palm Beach offering them to official town residents starting on January 5, but, for what it’s worth, I have yet to hear anyone say, “Oh, good, now we can go back to New York.” 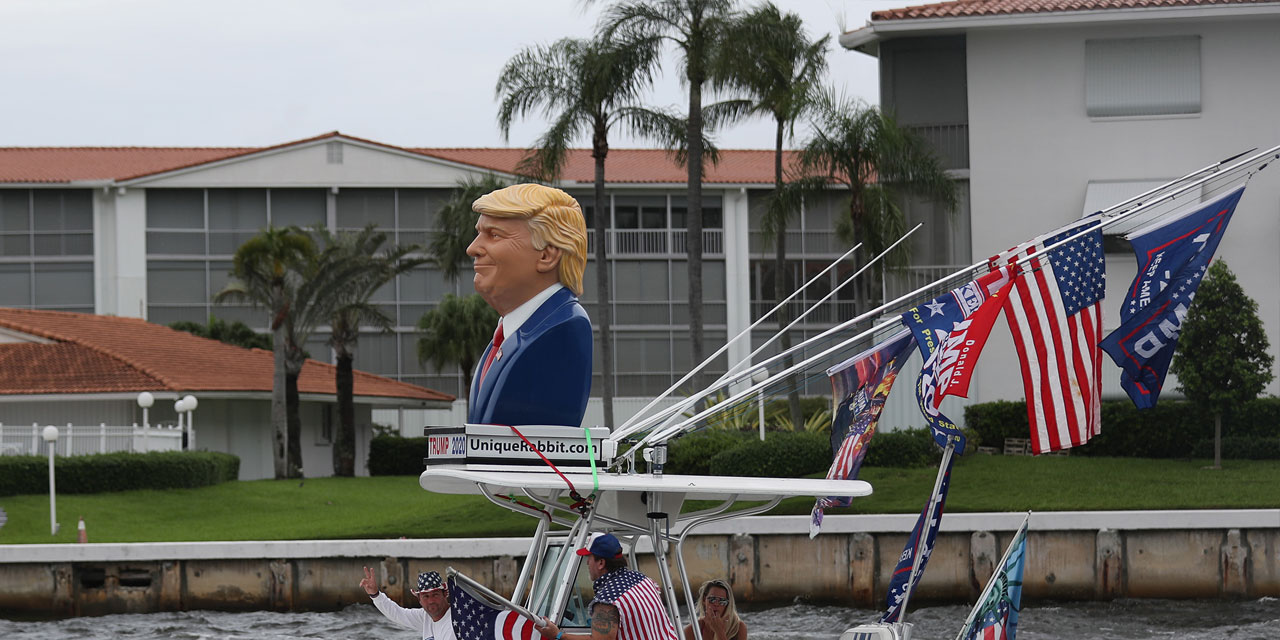