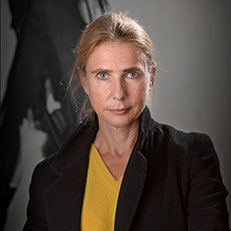 Lionel Shriver is an American journalist and novelist living in the United Kingdom. She is the author of numerous essays, short fiction, and novels, including 2003’s We Need to Talk About Kevin, winner of the Orange Prize for Fiction and adapted into a 2011 film. Her latest novel, Should We Stay or Should We Go, tells the story of Kay and Cyril Wilkinson, a British couple in their fifties who make a pact to end their lives at 80 rather than risk the chance of enduring a prolonged decline in old age. She recently spoke with City Journal associate editor Daniel Kennelly about the origins of her latest novel, the Covid-19 lockdowns, Britain’s National Health Service, and institutional and cultural decline in the West.

In Should We Stay or Should We Go, Kay and Cyril make their pact in 1991, amid the “End of History” and a burst of liberal triumphalism. Was that choice of year serendipitous or planned?

That particular year was inevitable, which is a bit different from planned. I wanted my couple’s personal “D-Day” to land in 2020, to make the pivotal will-they/won’t-they suicide-pact due-date feel as contemporary as possible. That’s the date all my multiple parallel universes are organized around. By way of motivating this modest proposal, I also needed at least one spouse to have experienced an elderly parent’s horrific and protracted decay. So they couldn’t be, you know, 23 at the time. Early fifties sounded about right: psychologically just distant enough from actually turning 80 to keep this notion of killing themselves on the wife’s eightieth birthday safely abstract. Thus, 1991 was merely an act of primitive arithmetic subtraction.

One joke was on me: I started the novel just after Christmas in 2019. I fancied Kay’s birthday landing on March 29, the date the U.K. was originally set to leave the European Union in 2019, giving the novel’s should-we-stay-or-should-we-go aspect a little thematic shimmer. But I had her turn 80 in 2020—meaning, I started out writing toward my own near-future. I thought: hey, what could possibly happen in three months? Ha! So I ended up weaving Covid into the story. Which was fun, actually. The more material, the merrier.

Your 2007 novel The Post-Birthday World also used a parallel universe structure. Why did you return to that format for this novel?

It’s been a while, so I didn’t think I greatly risked the appearance of repeating myself in an impoverished spirit. And Post-Birthday portrays only two realities, which alternate. In Should We Stay, I fashion twelve realities, including some that venture into speculative fiction. But in both books, the device is to a purpose. In Post-Birthday, I illustrate how the protagonist’s choice of lover affects her life, both in the big picture (her career) and the small (what it’s like to go to the supermarket). Were my latest couple to make good on their suicide pact, Should We Stay explores what they might miss out on, as well as what horrors they might escape. The format was also useful in developing the theme of how hard it is to plan for anything. The highly volatile outside world is effectively one of my characters.

From immigration to national debt to health care to identity politics, many of your past novels have touched on institutional or cultural decay, and now in this one you’ve turned to old age. Is there a suggestion here that the West is in its dotage?

I’m not in the business of prediction, but I am in the business of naked fearmongering. In one recent Spectator column about lockdowns, I observed that the West has been adopting the over-caution of advanced age. Though I wouldn’t claim outright that the West is unquestionably senescent, our civilization going seriously and perhaps permanently south is one of my dominant anxieties (see: The Mandibles). In Should We Stay, one scenario (which alienates progressives) conjures a Europe mid-century that’s overrun by African and Middle Eastern migrants, while simultaneously being torched and ransacked from within by young native anarchists. That chapter (titled “Of Ignorance and Bliss”) asks a question that plagues me: if our darker suspicions are indeed prescient, and we’re on the cusp of that scale of chaos and degradation, is our narrative curiosity keen enough that we’d still rather live to see civilizational collapse, or would we rather bow out early and never know how bad matters are about to get?

Britain’s National Health Service plays a major role in shaping the perspectives of Kay and Cyril (a nurse and doctor, respectively) on aging and death. What kind of role has the NHS played in forming attitudes in Britain toward the pandemic and the lockdowns?

British attitudes toward the NHS have played a huge part in the U.K.’s pandemic. Britons were originally urged to batten themselves in their houses in order to “flatten the curve” and “protect the NHS.” Only late in the game did anyone point out that the purpose of the NHS is to protect the citizenry, not the other way around. The British are bizarrely sentimental about the NHS, which stirs more emotion than you’d expect any health-care system to inspire. This sentimentality was shamelessly leveraged in order to rouse support for the lockdowns. I’m afraid I found the curbside clap-a-thons for NHS workers every Thursday evening nauseating. I’m just not a groupster.

Alas, the government’s propaganda has worked all too well. Britons have massively avoided using the health service for over 15 months, even skipping treatment and tests for cancer. The patient backlog is now over 12 million people. The dismal portrayal was once unfair, but what conservative Americans have always said about Britain’s NHS (the lines, the rationing) is growing all too accurate. Any Briton of any means is now going to buy private health insurance, whose price is duly beginning to skyrocket.

What novels on aging do you most admire?

Margaret Forster’s Have the Men Had Enough is great on dementia. And I love Philip Roth’s Everyman, one of his best novels, even if it’s also one of the slimmest. He understood that the end of life is a war, and the enemy is your own body.