A mass gathering of Trump supporters took place in Washington recently. As seems almost commonplace at such events these days, counter-protestors showed up, and people were physically hurt. Whatever your politics, Democrat or Republican, MAGA or Never Trump, this is a problem we must contend with. A major factor playing into the escalation of violence seems to be the increasingly hyperbolic rhetoric of political figures. It is through such exaggerations that many find justification for averting their eyes from violent acts, if not committing them.

Videos from the D.C. rally are jarring. Counter-protesters assaulted and accosted young couples, senior citizens, and bystanders, pelting them with fireworks and eggs. Mobs formed at nearby hotels to harass Trump supporters trying to get to their rooms after the rally had concluded. Groups of people wearing masks and wielding makeshift weapons stalked lone demonstrators. Skirmishes broke out, and people were bloodied.

It’s likely that many of these videos have been edited to show a slant. Almost all media footage nowadays is. In certain cases, some of the “victims” may even have done something to incite the crowd. But one thing in the videos was clear: the anti-Trump assailants heavily outnumbered the Trump supporters, and anti-Trump bystanders showed no compunction about hurling insults, throwing up middle fingers, or participating in the violence themselves as some tried to leave the scene. In one video, no one made any visible attempt to help two people who were forced to traverse a hostile crowd to find safety with Metro Police officers, but some used the opportunity to snap photos on their phones.

The events of the past few weeks illustrate how easy it is to convince some people of the unassailable morality of their views. After nearly five years of the media insisting that Donald Trump is a “racist,” “fascist,” “demagogue,” or “totalitarian,” it should be no surprise that many people now believe that they are fighting against Hitler and his SS, and that, in this cause, tactics of violence and intimidation are to be celebrated rather than regretted.

Jamelle Bouie, formerly of Slate and now with the New York Times, has written articles under headlines like “There is no such thing as a good Trump voter,” arguing that such people “don’t deserve your empathy.” The frequent calls for Trump to disavow white nationalism and racism seem to validate the notion that he still has something to disavow—despite his having done so many times. Public figures have compared the Trump presidency with Kristallnacht—when Nazi forces and German citizens alike openly ransacked and attacked Jewish homes and businesses. Surely these ahistorical analogies are adding fuel to the fires raging at the fringes of society.

Few Americans have taken part in the violent skirmishes and protests of the past year or will do so in the future, but nonetheless something has changed: the affordance that mainstream Americans now give such mobs. Far too many act like the bystanders caught on camera in the DC rally and protest: averting their gaze from violence against people wearing the wrong-colored hats. It’s precisely that act of looking away that emboldens the violent fringe in its actions.

Hannah Arendt wrote extensively on the psychology of totalitarian regimes. One of her foundational ideas was, of course, the banality of evil. Nazi leaders like Adolf Eichmann, in Arendt’s view, were not obvious monsters but bureaucrats—bland, eager to support the cause, and ready to look away when instructed to do so. Many take this observation as a warning that we should be vigilant in pointing out injustices and rooting them out. We should, but that’s only half the answer. Too often, while we use morality as a bludgeon to chastise our enemies, we fail to hold our own tribe to the same standard.

If we have reached the point of mob violence in American streets, it is because we have turned our heads for too long in our eagerness to support a cause. My concern is that we do this because we have previously ignored unjust, audacious descriptions of people with whom we disagree as fascists, Hitlers, and people who “don’t deserve empathy.” Another anti-totalitarian philosopher, Aleksander Solzhenitsyn, wrote that violence “demands from us only obedience to lies and daily participation in lies.” It would be fruitful for all of us to recognize that a lie of omission is a lie nonetheless.

Hyon S. Chu is a writer based in San Francisco. He is currently writing a weekly serial publication about reclaiming individualism and choice in an increasingly algorithm-driven world called Digital Agency. 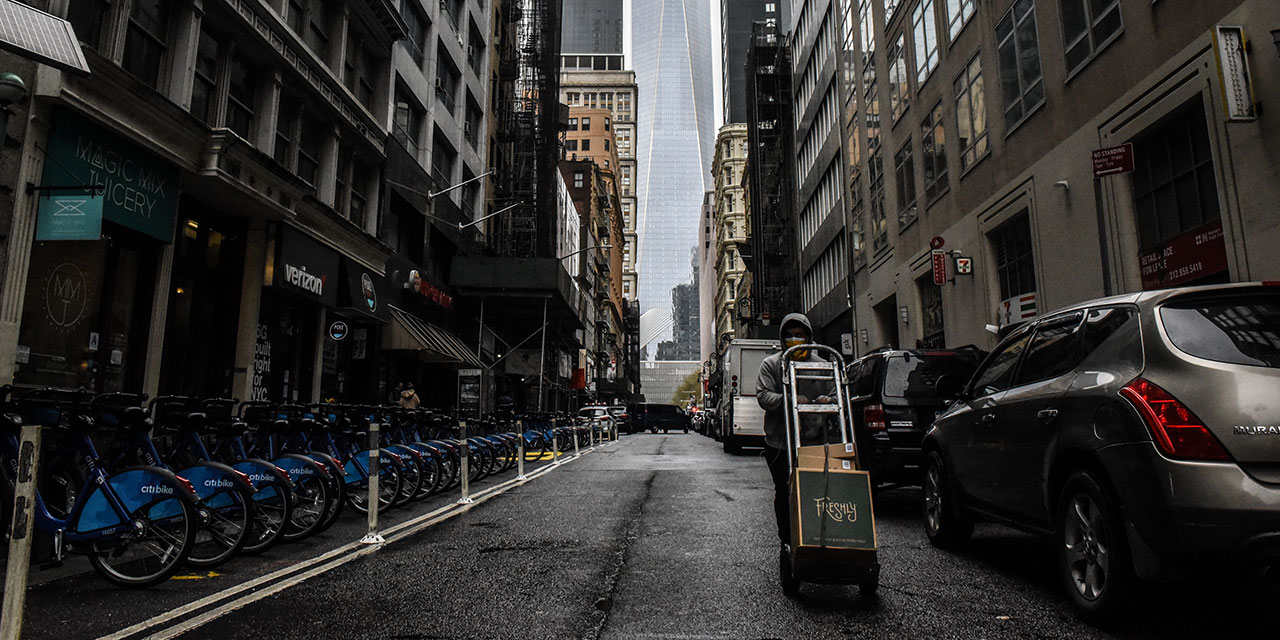 The Dark Side of Remote Work

Hyon S. Chu How the dream of permanent home-based employment could become something far less pleasant.

Hyon S. Chu The progressive City by the Bay has virtue-signaled itself into a hole.
More on