The Atomic Age had its anxieties, but Hugh Hefner believed he had a good diversion. “We aren’t a family magazine,” he announced in the first issue of Playboy in 1953. “We enjoy mixing up cocktails, an hors d’oeuvres or two, putting a little mood music on the phonograph, and inviting in a female acquaintance for a quiet discussion on Picasso, Nietzsche, jazz, sex.” By the 1960s, the music had grown louder, the colors more lurid, the conversations steamier. When Hefner died in 2017, he was considered either a hero of hedonism or an object lesson in the period’s squalid obsessions. Run a Google search today on Hefner, and you’ll often find the word “Epicurean” to describe him. Is this fair to Epicurus, the man who set forth the philosophy starting in 306 BC?

For 23 centuries now, Epicureans have struggled mightily against variations of the Hefner caricature. If pleasure is the highest good, the goal of the best life, must we all strive to live in pajamas, smoking a pipe in a decadent Hollywood Hills estate? Though he didn’t live in a mansion off Sunset Boulevard, at the end of the fourth century BC, at the age of 32, the philosopher Epicurus founded the Garden, a school removed from Athens’s monuments of power and politics. An inscription at the entrance read: “Stranger, here you will do well to stay; here our highest good is pleasure.” (In Chicago, Hefner’s door bore an inscription: Si Non Oscillas, Noli Tintinnare, or “If you don’t swing, don’t ring.”)

Leading life in a modern Garden is the subject of Catherine Wilson’s latest book, How to Be an Epicurean: The Ancient Art of Living Well. There was always an air of Peter Pan-like anarchy at the Playboy Mansion, but as Wilson shows us, life in the Garden was quite different. Her book is a spirited tour and defense of Epicurean philosophy, as reconstructed by the fragments Epicurus left behind in tattered papyrus and as set forth in the epic poem De Rerum Natura, “On the Nature of Things,” by the Roman poet Lucretius.

What did these pleasure-seekers believe? They start with the elementary particles, atoms—tiny, colorless, without smell, shaped this way and that, indestructible, reshuffling themselves infinitely into all the marvelous forms we see, including ourselves. Their forms get swept away by time, only to recombine again into something new—possibly another universe. Blurred in this haze of metaphysics, most atoms fall straight downward into the void, but a few swerve, and from these deviations arise our free will and all that we see. At the California Institute of Technology, physicist Richard Feynman began his lectures by wondering what single sentence would be passed on to future generations, if, in a cataclysm, all scientific knowledge was destroyed. His answer: “The atomic hypothesis that all things are made of atoms.”

With the Epicureans, we have a historical test of Feynman’s thought. The world is made of nothing more than atoms in the void, but where did that take the ancient Greeks and Romans who believed it? Wilson begins with these basic building blocks because she asserts that mistaken beliefs about nature are the source of our deepest fears and hang-ups: death, punishment in an afterlife, failure in this one, lust for power, greed, jealousy, unrequited love, and status-jockeying. “Epicurean philosophy might be said to be based on the notion of the limit,” Wilson writes. By understanding the atom and the void, by knowing that the soul is mortal and the gods indifferent, that all things pass and are forgotten, we might then liberate ourselves from the grinding weight of superstition and the vanity of ambition and pursue pleasure without guilt.

But the Epicureans remain misunderstood for their view of pleasure. Wilson ably shows that their hedonism is not a life pitched fully into the ecstasy of sex and sensation. Instead, it’s the hope of living untroubled by any form of pain or distress. In this way, it’s not like a stern Germanic philosophy that stares into an abyss and laughs. Nor does it read like the profit-and-loss accounting of the English utilitarian or the mystical and searching Spanish explorers. The Epicurean life is not a dream, nor a nightmare but for sipping drinks in the shade among friends on the Aegean coast. The Epicurean has a practical, prudent way about his pleasures. Duration, intensity, and alternating amplitudes are key factors: how much, how long, and how bad is the hangover? He will avoid pleasures that lead to greater pain, such as the fifth glass of wine, unprotected sex, and a rail of cocaine; and he will embrace momentary pains that secure greater pleasures, such as the proud exhaustion felt as we gather ourselves upon a mountain’s peak.

This skillful management is meant to cordon off the slippery slope of decadence. Epicurus himself was said to have lived a fairly ascetic life. But Playboy began with quiet discussions of Nietzsche and jazz and ended quite differently. Though our only record of the life of Lucretius is St. Jerome’s short biographical sketch from the fourth century AD, it’s said that he drank a love potion, went mad, and killed himself at the age of 44.

Our pleasure-seekers, or pain-avoiders, had their rivals in the ancient market of philosophy, the strongest being the Stoics, who have enjoyed a rebirth today among professional strivers. Neo-Stoic tracts fill the display tables in bookstores at major airports, and their ideas enjoy currency on podcasts and YouTube channels. Wilson’s book is a welcome addition to the comparatively slim modern Epicurean bookshelf. In a contest between the two schools, we should give the Epicureans credit for denying the Stoic view that external circumstances and goods shouldn’t affect our happiness. In one chapter, Wilson compares the different teachings, showing that the Stoics would have us live in a self-induced trance, like a calm yogi on fire; anything important outside of us is erased from consciousness. That startup CEOs grasp for this comfort when looking at an inbox with 10,000 unread emails says a lot about the preoccupations of our age.

On the topic of death, meantime, the Epicureans famously deny it. “Death is nothing to us,” Lucretius sings, in a baffling argument. We ought not fear death, he continues, because after our body and soul have expired, there is nothing—or better, no person—to sense, to feel, to see. Darkness and pain would require perception, but when the curtain falls, the spectator vanishes. Since no one is present for whom death is bad, and something can only be bad for someone who exists, Epicurus and Lucretius conclude that we should not fear it. It may be that our life is but a brief crack of light between two eternities that we do not witness, but it’s not the darkness of the coffin that most fear but the end of everything that matters, the boundary of our possibilities.

At the airport, I admire those who reach for ancient philosophy instead of the modern self-help canon, ranging from Sheryl Sandberg’s Lean In to Norman Vincent Peale’s classic The Power of Positive Thinking. But I wonder: Is how we feel on the inside the only important thing? Is it even a priority? Or can something be bad no matter how we feel about it? In and of themselves, neither pain nor pleasure will give nobility to life, no matter how prudently pursued. Some of us dream of fire and poetry and marvel at the suggestion of mysteries and immensities beyond. We will keep reaching for them.

Wilson’s weakest moments occur when she tries to apply Epicureanism to current events. “The politically minded Epicurean sees no benefit in economic growth or productivity as such,” she writes. “The only good policies, in her view, are those that can relieve hunger, illness, stress, fear, anxiety, and inconvenience.” To which an economic historian might respond: Your reflexes are wrong; you are a growth-minded capitalist.

Against much historical evidence to the contrary, Wilson asserts that capitalism destroys personal autonomy and prevents people from developing their intellectual capacities. Lost in Wilson’s blunt assertions is how Epicurean thought could offer any insight into the modern complexities of labor markets, gun control, abortion, tax rates, medical research, nuclear energy, and affirmative action. She remains unfazed, sprinkling policy proposals on these issues throughout. By the book’s conclusion, this ancient philosophy’s values seem to coincide perfectly with those of today’s Democratic Party.

Epicurus established his Garden to avoid politics. “Do not get involved in political life,” he warned his followers. Wilson would have done well to heed his warning. Regardless, more dangers of greater magnitude lie in wait, and neither the Garden nor the Mansion can protect us. Let’s hope we leave more than atoms behind.

Michael Gibson is the co-founder of 1517 Fund, a venture capital firm in California. Follow him on Twitter at @William_Blake.

Michael Gibson A new book argues that Silicon Valley was built on sand. 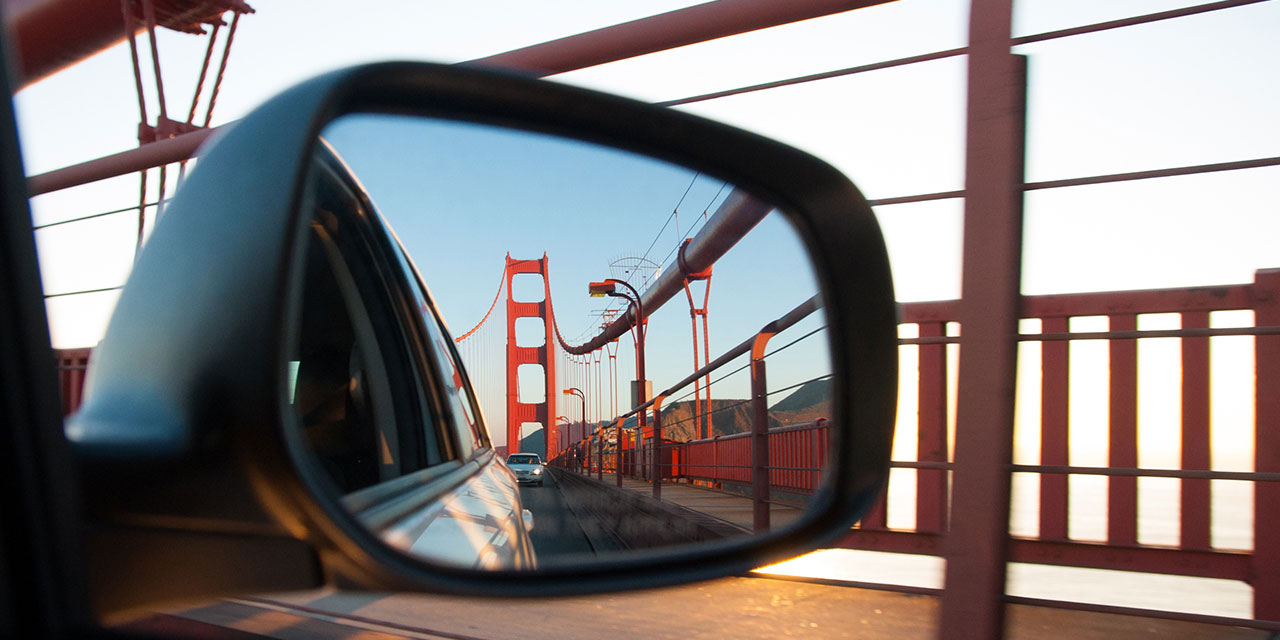