Donald Trump’s campaign claims that its field operators are knocking on 1 million doors per week, mostly in key battleground states, while the Joe Biden campaign—surprisingly—has decided to forgo in-person voter contact, out of concerns related to Covid-19. This disparity represents a reversal of the norm. The Democrats, who celebrate grassroots activism as a manifestation of their political philosophy, normally lead the way in vigorous person-to-person campaigning, while Republican candidates have typically stood aloof from door-to-door canvassing. In this most unusual year, it’s only fitting that this model, too, would be turned on its head. The pandemic could have an unprecedented effect on the election outcome.

People who don’t work in campaigns assume that canvassing is about persuasion—one citizen explaining to another why he ought to vote for a particular candidate. But few voters are swayed by random strangers showing up at their door. Canvassing is actually about identifying supporters in order to ensure that they make it to the polls to vote on Election Day: the in-person contact lets the campaign compile a list of people to call immediately before polls open as part of a Get Out The Vote (GOTV) effort. A volunteer or paid canvasser may on occasion provide information that changes someone from “undecided” to “strong supporter,” but no serious field director expects that to happen much.

An effective, professional door-to-door voter-outreach operation will identify supporters in key districts and activate enough of them to provide a meaningful turnout boost that can sometimes make the difference in a close race. A good canvassing operation has been shown to add between one and two percentage points to a candidate’s total vote tally—a small but potentially significant difference, especially if one side is using the technique and the other side isn’t. While much of the data and internal analysis of voter-outreach tactics are proprietary, it’s generally accepted that face-to-face conversations are more effective in driving turnout than phone calls, texts, and advertising. The GOP has typically depended on its voters to get themselves to the polls, while the Democrats wrangle their less reliable voters through intensive GOTV programs—including driving voters to the polls to cast their ballots.

The Democratic machine certainly has the money and volunteers to run a massive operation modeled on the 2008 Obama campaign, considered the epitome of successful canvassing. But virus-related precautions are holding back otherwise hands-on Democrats. The Biden campaign has made social distancing a defining principle. Biden wears a mask in public almost all the time, in contrast with President Trump’s defiant refusal to be seen masked but for a few exceptions. Likewise, Trump supporters are more skeptical of mask mandates and strict social lockdowns, while Biden supporters and progressives generally have come out in favor of stricter lockdowns and enforcement of mask rules and social-distancing mandates—except, of course, when they conflict with social-justice mobilization. These different attitudes determine each campaign’s tactics and leave a small but potentially significant aspect of the campaign in play.

In a year of political improvisation and creative solutions to obstacles presented by a pandemic and its social effects, it’s notable that Democrats have conceded the field in an area of campaigning where they have historically held an advantage. To be clear, simply “knocking on a million doors a week” is a somewhat meaningless metric; if a volunteer knocks on a door but no one is home to answer, there is no electoral impact. But one party’s heavy investment in what operatives on both sides acknowledge as a core element of the Obama electoral strategy, while the other is bypassing this strategy entirely, offers another fascinating wrinkle in an already unprecedented campaign. In an election likely to show the same razor-thin swing-state margins as 2016, the contrast in approaches could prove decisive.

The Sound of One Fan Clapping

Emmett Hare Professional sports without spectators will be uncanny. 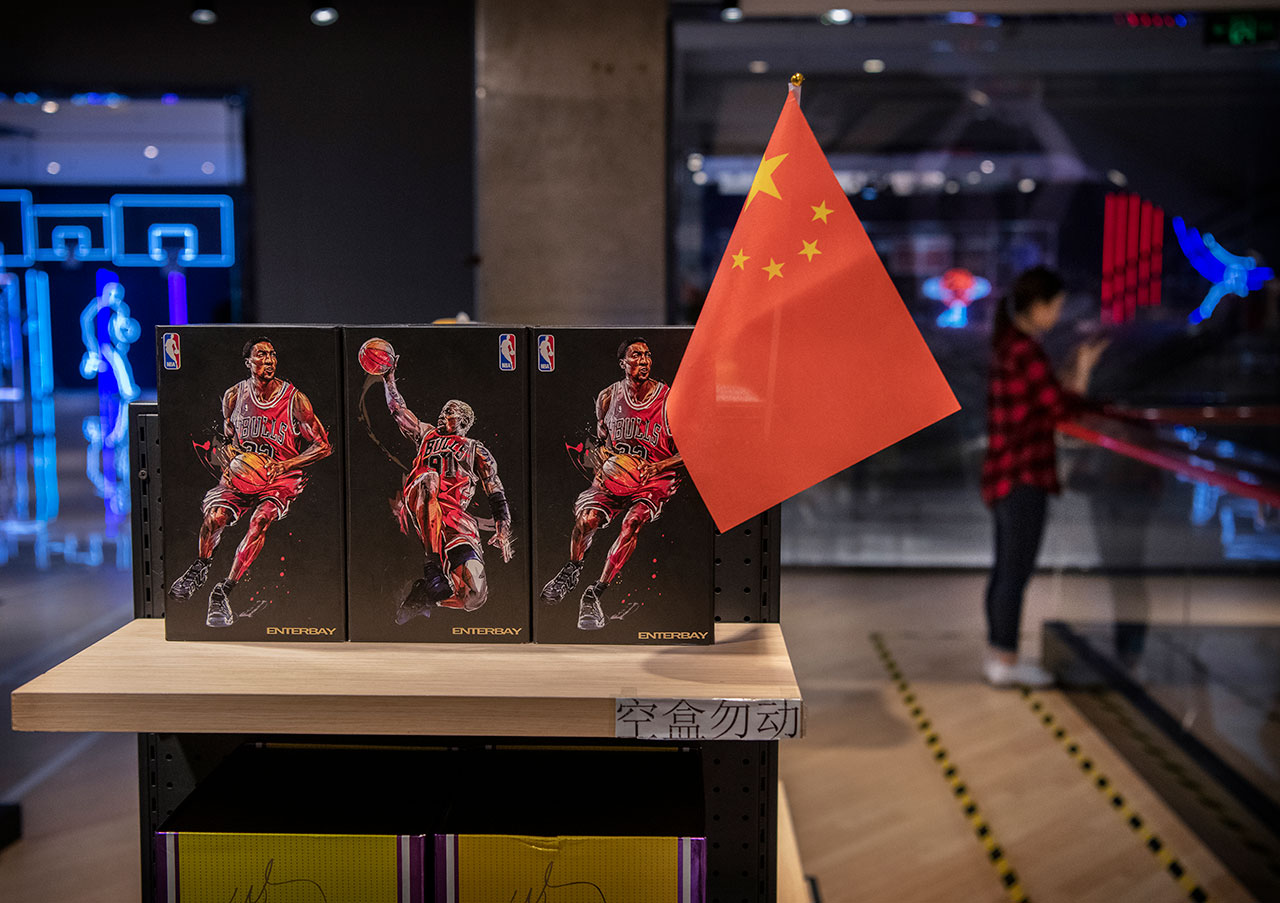 Emmett Hare The NBA bends a knee to its Chinese masters.
More on