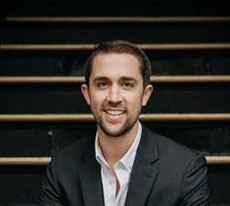 This week, Christopher F. Rufo discussed his new documentary, Seattle’s rising disorder, new left urbanism, and more with Charles F. McElwee, assistant editor of City Journal. Rufo is a contributing editor of City Journal, a documentary filmmaker, and a research fellow at Discovery Institute’s Center on Wealth, Poverty, & Morality. He has directed four films for PBS, including his latest, America Lost, which tells the story of three “forgotten American cities.”

What inspired you to make America Lost?

I’d been reading a lot about the decline of American communities, from Robert Putnam’s Our Kids to Charles Murray’s Coming Apart. I was shaken by the social problems documented in these books, but I wanted to understand them through the eyes of the people experiencing them. I took research trips through the Rust Belt, the Deep South, and California’s Central Valley, ultimately settling on three cities for the documentary: Youngstown, Memphis, and Stockton. For three years, I met people in each city and followed their lives. The experience taught me much about U.S. society and the human condition. Though I saw despair and brutality, I also saw hope and beauty. It’s a complex world, and I wanted to do my part to capture it.

What does the media misunderstand about cities like Youngstown or Stockton?

Too often, journalists and policymakers look at the decline of heartland cities through the lens of economics and public policy. When I started working on the film, I looked at it the same way. My initial goal was to determine which policies contributed to these cities’ economic decline and determine what could revive them. But after spending months in Youngstown, Memphis, and Stockton neighborhoods, I realized that their problems weren’t primarily economic or political. Instead, dysfunction had become deeply embedded in social, familial, and cultural structures. This realization made the film far more complex—forcing a shift in my approach. I didn’t want merely to understand what went wrong economically; I wanted to learn what happened with the deeper roots of society in these places.

How can struggling cities rebuild neighborhoods?

Since the 1960s, the U.S. has tried to fix poor communities through top-down public policy. We spend $1.1 trillion a year on means-tested anti-poverty programs, but places like Youngstown, Memphis, and Stockton are worse off than ever. People across the political spectrum have begun to realize that the status quo doesn’t offer a path to transform these places. In making America Lost, I observed an alternative, “inside-out” model. Residents are realizing that they have agency within their own domain—their families, neighborhoods, and local communities. They no longer believe that federal policy will change their lives, so they’re focusing on what they can do directly. This is where I found inspiration in these cities—and I hope that it can serve as a model for bottom-up community renewal elsewhere.

Has Seattle’s rising disorder led to a suburban exodus?

Yes and no. Seattle is still growing, but many young families and upwardly mobile people are moving out to escape the disorder or the high cost of living. At the same time, young people keep coming, in search of urban amenities and high-tech employment. When you combine this with a growing stock of high-density apartments, you see an increase in the percentage of renter households and a decrease in the percentage of homeowners. In general, the younger renters’ demographic has a higher tolerance for urban disorder.

The trend of “new left urbanism” has been underexamined. Last year, I wrote a controversial article for the Wall Street Journal about these urbanists’ drive to control physical infrastructure and remake it in their own image. We’ve seen a strange alliance between radical urbanists and real-estate developers, who are traditionally aligned with the pro-business Right. Beneath this partnership of convenience lie deeper philosophical and ideological tensions. The urbanists’ radicalism is starting to clash with the developers’ practicality, and both groups are drawing fire from neighborhood groups. It will be an interesting story to follow.

Aaron M. Renn Chicago’s core problem is that it struggles to lure top talent away from coastal superstar cities.
eye on the news