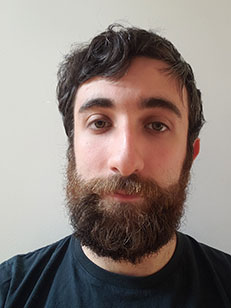 This week, Charles Fain Lehman discussed Illinois’ financial crisis, the lockdown rebellions, the future of cities, small businesses, and more with Charles F. McElwee, assistant editor of City Journal. Lehman is a staff writer at the Washington Free Beacon, where he covers policy and social issues. His work has appeared in the Wall Street Journal, The American Interest, The American Conservative, and City Journal, among others.

You recently wrote about Illinois’ financial crisis, one that predates the pandemic. How can the state resolve its budgetary problems?

As one expert told me, Illinois is a pension system with a government attached. Illinois’ public pensions have taken on big financial risk to compensate for chronic underfunding—just 38 percent of future obligations—and overgenerous promises. Put simply, this fix will either require putting more money into the system or taking less money out. Increasing taxes would be bad for any future economic recovery; reducing spending—e.g., through a defined-contribution, rather than a defined-benefit, system—would be a step in the right direction. Illinois’ constitution, however, prohibits changes to current benefits. Changing those rules, or federal preemption, is necessary before any reform can be implemented.

Rebellions against economic lockdowns have started in bellwether states, including Michigan and Pennsylvania. How can governors balance lockdowns with plans to reopen their economies?

While some people are pushing to end lockdowns, polls consistently find large majorities still afraid to go out and shop, work, and otherwise engage in the economy. Americans mostly “closed” the economy themselves; “reopening” will happen fully only when we feel better-informed about the situation on the ground. A successful reopening is about information—more testing, more temperature tracking, more frequent and specific updates on where infections are—so that workers and consumers know what’s safe. It’s the only way to get the economy reliably running again.

What does the Covid-19 crisis portend for America’s cities?

Little good. In the short term, local tax revenues are drying up, raising the specter of municipal default. In the medium term, the average high-earner will put a premium on distance from others, meaning that the marginally well-off person will be more likely to leave for the suburbs, further eroding tax bases and hurting those left behind. On the other hand, cities that acted decisively, like Seattle, should see a relative boost to their prestige over those that did not, like New York—a good reason for city leaders to choose effective responses now, to forestall lost reputation later.

How is the pandemic reshaping U.S. politics?

Among other trends, it has solidified Americans’ skepticism of China. Pew recently found that two in three Americans, including 62 percent of Democrats, have a negative view of China; YouGov found that 70 percent blame China, at least in part, for the crisis. You can see this in the 2020 campaign: Joe Biden and Donald Trump are competing to make the other appear softer on China. That’s likely to lead to rhetorical changes: the next administration will have to appear tough on Beijing. It could also lead to policy changes: I’ve been watching with interest the growing support, on both sides of the aisle, for “repatriating” essential industries like pharmaceuticals.

Not enough attention is being paid to the long-term market-concentration effects. The ability to weather a crisis scales with firm size and resources. Thousands of small businesses will close their doors in the coming months, even with government assistance; meantime, major firms like Amazon and Wal-Mart are responding to 15 percent unemployment by hiring huge numbers of new workers. The same thing is true in higher education. Big colleges will survive, thanks to billion-dollar endowments, while some small colleges will go bust. The net effect on the economy will be fewer and larger firms. That has costs and benefits, but it will certainly make for a different world than the one we lived in three months ago.