The Brett Kavanaugh Supreme Court confirmation hearings gave the public a crash course in campus-rape ideology. It is about to get another. Last week, Education Secretary Betsy DeVos released a proposed federal rule that corrects the worst procedural abuses of campus-rape tribunals. It hews closely to judicial precedent and is fair to all parties, yet the feminist establishment has reacted with hysteria, characterizing the draft regulation as an assault on sexual-assault “survivors.” Maintenance of the campus-rape myth, it turns out, is incompatible with due process. Whether feminism itself is compatible with Enlightenment values appears increasingly doubtful.

Opposition to the Kavanaugh nomination was based on the principle that self-professed “survivors” must be believed and that accused males must be condemned, regardless of the paucity of evidence against them. That principle, already ubiquitous on college campuses, got an assist from the federal government in 2011, when the Obama administration released a so-called guidance (an informal federal directive of murky legal status) on college rape proceedings. The guidance strongly discouraged cross-examination of the accuser and required schools to use the lowest possible standard of proof for finding a defendant guilty of sexual assault. It promulgated a broad definition of actionable sexual harassment—“unwelcome conduct of a sexual nature”—that ignored relevant Supreme Court precedent and that would extend to an unwanted request for a date. Since 2011, due-process deficiencies in campus-rape proceedings have become ever more widespread. Colleges routinely deny defendants the opportunity to review all the evidence, fail to provide an impartial decision-maker, and ignore the presumption of innocence. The accused is regularly forbidden the assistance of counsel. In 2014, a Title IX officer at Washington and Lee University issued a lugubrious warning to a male student—“a lawyer can’t help you here”—before expelling him for sexual assault.

The proposed Education Department regulation tries to end these abuses. Ironically, in an administration regularly charged with ignoring the law, the DOE has carefully followed the legal framework for promulgating new federal rules. The 2011 Obama guidance was issued as a fait accompli; Donald Trump’s DOE, by contrast, is giving the public the opportunity to comment on the proposed rule before it becomes final.

And the feminist establishment is responding as it does to any challenge to its ideological hegemony: with an attack of the vapors. The manager of Know Your IX, an advocacy group, first heard about the new regulation in a grocery store and sank to the ground in shock, she said. How her fellow shoppers viewed this Victorian swoon is unknown, but it recalls the flight of MIT biology professor Nancy Hopkins when Harvard’s then-president Larry Summers was discussing the unequal sex distribution of high-end math skills. Hopkins would have thrown up had she stayed in the room, she later explained. NARAL, the abortion-rights group, tweeted that the new campus-rape tribunal rule was “absolutely sickening.”

It is the extension of due-process rights to males accused of sexual assault that sickens the activists. In their view of justice, due process is zero-sum: if a male receives procedural rights, the female accuser must by definition lose hers. “These changes are designed to flip Title IX on its head and give rights to accused students when Title IX was supposed to be protecting those experiencing sexual discrimination,” a senior staff attorney with SurvJustice told the Chronicle of Higher Education. The University of California’s Office of the President warned that the “rights of the most vulnerable among us are under attack.” But due-process protections are not mutually exclusive; both parties can possess them. What the advocates really mean is that defendants should have essentially no rights.

The proposed rule requires schools to allow cross-examination, but only carried out by an advisor to the defendant; the defendant himself must stay silent and off-stage. This substitution is a concession to maudlin #BelieveSurvivors victimology, whereby the student casualties of rape culture are in constant danger of being “retraumatized” by contact with their assailant. Forbidding the accused himself from questioning his accuser is problematic, however, since some students will not be able to afford an attorney and a friend may not be skilled enough to test an accuser’s story adequately. Cross-examination conducted by defendants themselves was the norm until the nineteenth century, when lawyers took over trials.

This compromise has availed nothing, however. Any cross-examination is “likely to jeopardize the rights and safety of student survivors,” the Center for American Progress announced. The senior legal counsel for the Victim Rights Law Center explained to the Chronicle of Higher Education that “rape is about power and control and not about sexual desire. Therefore, it is a bad idea to give the person with the power even more power to intimidate and hurt the victim.” Actually, drunken hook-up sex is about lust, period. The male could not care less if his partner for the evening becomes student-body president tomorrow, so long as she removes her panties tonight.

More importantly, cross-examination is not about “intimidating and hurting the victim.” It is about establishing the fact of victimhood in the first place. All of the advocates’ arguments against cross-examination presume that the accuser was in fact a rape “survivor” and the accused a sexual assailant, without the need for any further proof. This a priori certainty is incompatible with centuries of experience regarding the uncertain epistemological status of accusations and memory, not to mention the well-documented personal motives that have driven campus-rape allegations, such as having just cheated on a boyfriend or feeling jealousy about a partner’s new girlfriend. The narcissism that sees cross–examination as simply about “intimidating” the victim rather than about establishing the truth is typical of feminist identity politics, whereby all ideas are judged by one litmus test: are they good or bad for females?

The senior vice president of the American Council on Education produced the most self-damning argument against the proposed regulation. “Colleges and universities are not courts,” Terry Hartle told the New York Times, “and these sorts of proceedings would require us to legalize student disciplinary proceedings. We lack the knowledge, the expertise, and credibility to do this.”

Hartle may be right—but if a college lacks the knowledge and expertise to manage such basic truth-finding functions as cross-examination, it should be out of the rape-adjudication business entirely. The lack of “credibility” that Hartle and other administrators should be worried about is the one affecting their findings of guilt.

Predictably, the advocates object to the higher standard of proof allowed, but not required, by the proposed regulation. Under the new rule, colleges can continue to use the low “preponderance of evidence” standard for campus rape, so long as that standard governs other disciplinary proceedings. They will inevitably do so. Being convicted of campus rape is no big deal, say the activists, so why force an accuser to establish her case by “clear and convincing evidence?” These are the same avengers who have destroyed careers over a pat on the butt or a predilection for adolescent sexual humor. Yet we are supposed to believe that they will let bygones be bygones when a student falsely convicted of campus rape tries to enter the job market.

Finally, the advocates gripe about DeVos’s insistence on the presumption of innocence. According to the Center for American Progress, this atavistic tic grows out of Trump’s rhetoric against the #MeToo movement, which has “stoked the sentiment” that men are being put on trial without due process. Had the Democrats held the reins of power in the Senate Judiciary Committee and Senate, Judge Kavanaugh himself would have been unable to overcome the feminist presumption of sexual guilt.

DeVos went out of her way to adopt key features of the feminist worldview. The materials accompanying the proposed rule refer to “survivors,” whose alleged suffering “often” prevents them from finishing their education. (You wouldn’t know this from female graduation rates, which are much higher than for males.) DeVos itemizes the extensive support services that colleges should offer “survivors,” from modifications of class schedules to highly sought-after deadline extensions. Many of those measures—such as escorts and increased security and monitoring of certain areas of the campus—play into the fiction that predatory rapists furtively roam college grounds, hoping to pounce in the dark. In fact, most of the “rapes” in question are foreseeable and avoidable events, the result of deliberate participation in drunken hook-ups with a chosen partner.

DeVos’s adoption of bathos-drenched “survivor” rhetoric earned her no credit with the campus-rape establishment. And her bulking up of due-process protections, however necessary in light of current campus conditions, amounts to nothing more than a Band-Aid on a festering sore. The solution to what is called campus rape is a change of culture from one of entitled promiscuity to one of personal responsibility. In the absence of such norms as prudence, restraint, and respect, the bureaucracy, extending all the way up to the federal government, has happily rushed in to fill the void. The weirdest aspect of the campus sex scene is this bureaucratization of coitus, which once nominally rebellious students now self-righteously demand.

Feminists fight a rebirth of sexual prudence, however, as fiercely as they fight traditional safeguards against false convictions. As the feminist takeover of mainstream institutions continues (despite the Trump interregnum), the future of such Western ideals as the rule of reason and impartial adjudication looks grim.

Heather Mac Donald is the Thomas W. Smith Fellow at the Manhattan Institute, a contributing editor of City Journal, and the author of The Diversity Delusion: How Race and Gender Pandering Corrupt the University and Undermine Our Culture. 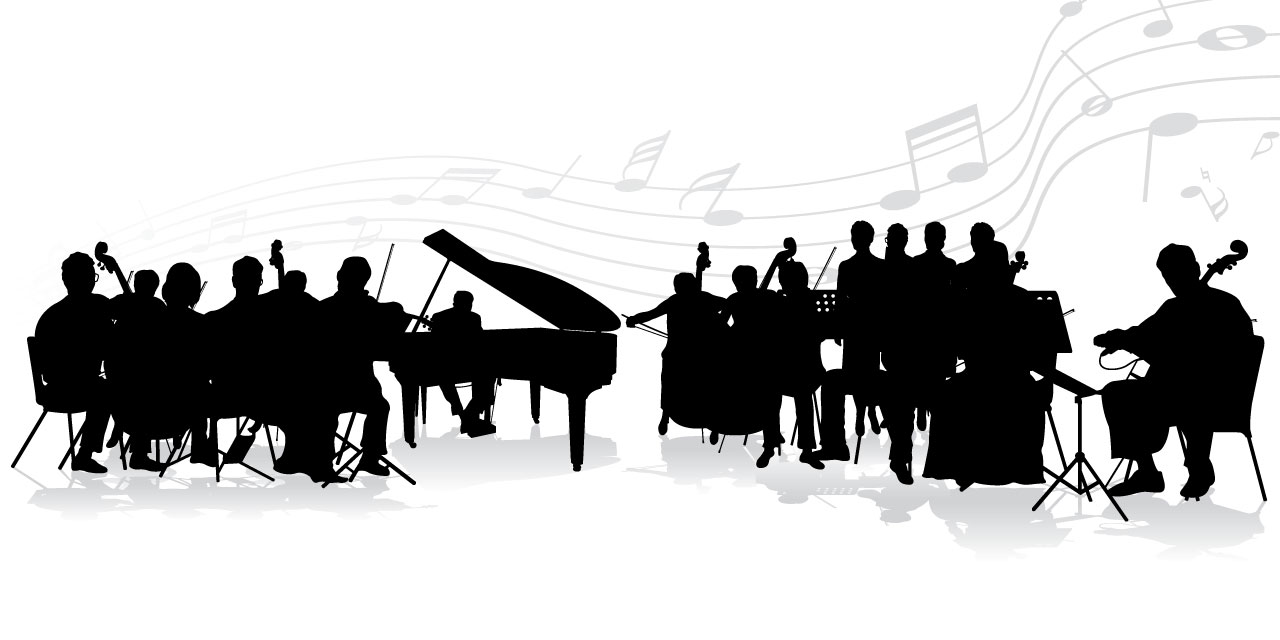 Heather Mac Donald Even the hard sciences are no longer immune to the ongoing racial hysteria.
More on