New York City has a serious problem with its schools. It’s not the high failure rates, low test scores, or deteriorating buildings. Instead, mayor Bill de Blasio and chancellor of education Richard Carranza believe, it’s that the best city schools—the specialized or magnet high schools—have too many students of the wrong race and too few of the right ones. Stuyvesant High School, widely considered the city’s most selective public high school, this month offered just seven seats out of 895 to black students. To appease their political supporters and bow to diversity ideology, city leaders plan to reduce reliance on standardized testing—the only way to gain entrance—in order to cut down the number of Asians enrolling at these schools.

Asians make up about three-quarters of the student body at Stuyvesant, 66 percent at Bronx Science, and 60 percent at Brooklyn Tech, but only 16 percent of the public school students in New York City. Hispanics, blacks, and whites make up 40 percent, 26 percent, and 15 percent of the student population, respectively. De Blasio and Carranza admit their desire to achieve their preferred racial balance, regardless of merit or test scores. In response to last year’s admission figures, Carranza said that he does not “buy into the narrative that any one ethnic group owns admission to these schools.” In an op-ed, de Blasio called the racial makeup of the specialized schools a “monumental injustice.” He wrote: “Can anyone defend this? Can anyone look the parent of a Latino or black child in the eye and tell them their precious daughter or son has an equal chance to get into one of their city’s best high schools? Can anyone say this is the America we signed up for?”

Government, however, can’t dictate that student bodies mirror the racial makeup of the community. Using racial quotas violates the Constitution’s Equal Protection Clause, which forbids the state from treating Americans differently because of their skin color. In Regents of University of California v. Bakke (1978), a fractured Supreme Court struck down the University of California’s racial quotas but allowed the consideration of race among other factors in admissions. But in Grutter v. Bollinger (2003), a liberal majority, led by Justice Sandra Day O’Connor, upheld the University of Michigan law school’s use of race in admissions. O’Connor wrote that the Constitution “does not prohibit the law school’s narrowly tailored use of race in admissions decisions to further a compelling interest in obtaining the educational benefits that flow from a diverse student body.” Even this small exception for the use of race does violence to decades of interpreting a colorblind Constitution that began with Brown v. Board of Education (1954). Students for Fair Admissions’ ongoing lawsuit against Harvard—which has revealed the lengths to which university administrators will go to suppress Asian admissions—may soon provide the Court with an opportunity to overrule this blemish on its Fourteenth Amendment jurisprudence.

New York’s efforts to assign seats by race does not even meet the Grutter standard because the city does not claim the “compelling interest” of improving education at the specialized schools by providing ideological diversity via a racially diverse student body. Even if it did, the Court has rejected the diversity rationale in K-12 education. In striking down Seattle’s use of race to assign students to public schools, Chief Justice John Roberts declared: “The way to stop discrimination on the basis of race is to stop discriminating on the basis of race.”

De Blasio and Carranza seek to discriminate while pretending not to. They want to scrap the standardized test and grant automatic admission to specialized high schools for the top 7 percent of students at each middle school. But this politically unpopular plan, which would cut Asian-American admissions in half, requires legislative approval from Albany. It’s unlikely to pass anytime soon, so meantime, they have tried another approach—ordering each of the specialized schools to reserve 20 percent of their seats for students who attend low-income middle schools and who scored just below the exam cutoff for admission. Because poor Asian children are just as numerous in New York City as any others, the mayor and chancellor have designated only certain schools as “low-income” as a means to exclude half of the city’s majority-Asian middle schools.

Christa McAuliffe Intermediate School, for instance, is majority low-income and usually sends dozens, if not hundreds, of students to the specialized high schools. McAuliffe Intermediate is, by many measures, the best middle school in New York State. More than 90 percent of its students score in the highest quartile on state tests, and more than two-thirds of its class of 2018 attended a specialized high school. The school is two-thirds Asian. Two-thirds of its students also meet the criteria for free or reduced-price lunch. But the city deemed its students too wealthy to compete for the 20 percent of seats set aside for low-income schools. On the other hand, more than 90 percent of majority-black and majority-Hispanic schools won eligibility for the 20 percent set-aside. Such are the crude games made necessary by a racial spoils system.

De Blasio and Carranza see a problem when Asian students disproportionately perform well on standardized tests. The solution is not a racial overhaul of the specialized high schools but improving the school system more broadly. The city can’t avoid this obligation merely by changing how it picks students to attend the specialized schools.

On the other hand, nothing requires New York to provide a public education on par with the best private schools. The city could simply do away with elite high schools. As Justice Clarence Thomas dissented in Grutter, “there is no pressing public necessity in maintaining a public law school at all, and, it follows certainly not an elite law school.” But if a state chooses to run an elite school, it can’t use race to make its decisions. As Thomas wrote, affirmative action embodies “the benighted notions that one can tell when racial discrimination benefits (rather than hurts) minority groups, and that racial discrimination is necessary to remedy general societal ills.” His words could just as well describe de Blasio’s attempt to engineer the racial makeup of the city’s schools.

These efforts will undermine the specialized schools’ quality. They might also spark a political awakening among Asian-Americans, who would suffer most from the mayor’s new plan. And they would likely fail judicial review. Rarely have government officials made their invidious racial motives so obvious; the courts should take the mayor at his word and strike down his plan.

John Yoo is Heller Professor of Law at the University of California at Berkeley, a visiting scholar at the American Enterprise Institute, and a visiting fellow at the Hoover Institution, Stanford University. He clerked for Justice Clarence Thomas of the Supreme Court and was an official in the Bush Justice Department. He is on the board of the Pacific Legal Foundation, which has brought suit against New York City for applying race-based criteria to the specialized school admission criteria. 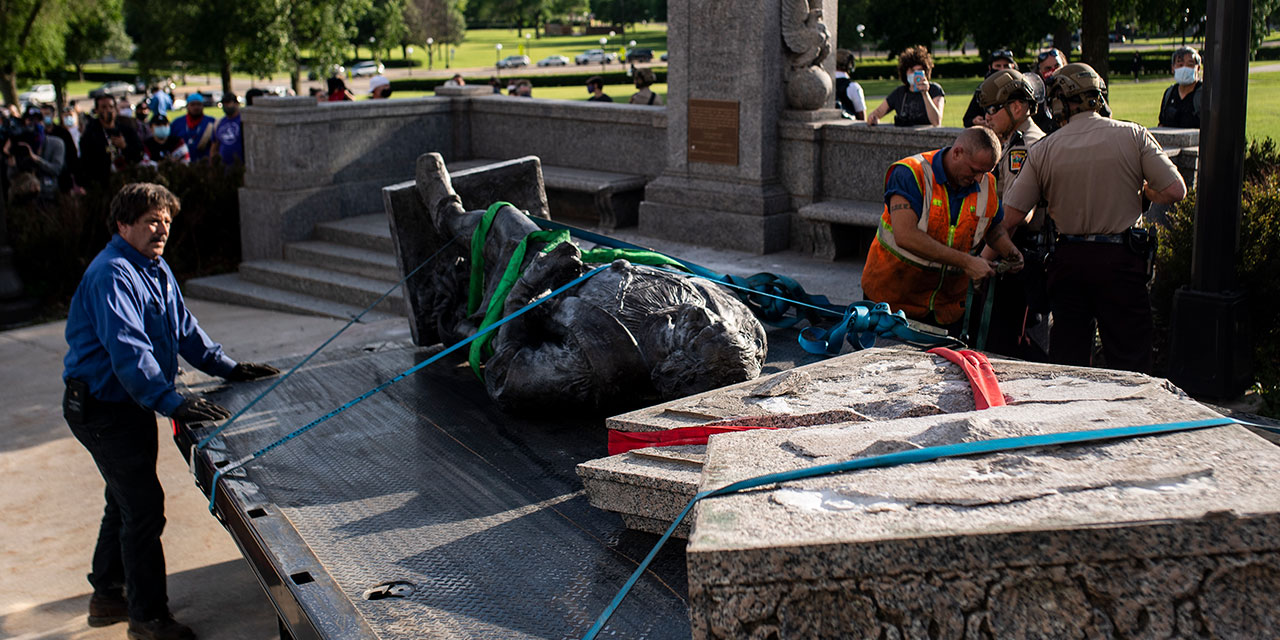