January 20 was Inauguration Day. It was also the day that a major American employer offered to help in the Covid-19 vaccination effort. In a letter from Amazon’s Worldwide Consumer CEO Dave Clark to newly inaugurated President Joe Biden, the company offered to vaccinate its more than 800,000 “essential” employees and “to leverage our operations, information technology, and communications capabilities and expertise to assist your administration’s vaccination efforts.”

Amazon made this offer, it said, because its “scale” could “make a meaningful impact immediately in the fight against COVID-19.” (emphasis added) Amazon surely knew that it had the capabilities, expertise, and scale to aid vaccination efforts before January 20, so the timing of its letter is curious, to say the least.

There is no question that Amazon can be helpful in vaccination efforts. It has the world’s most efficient logistics operation and has already contracted with a health-care provider to administer vaccinations on-site at its facilities. Efforts by Amazon and other private entities to vaccinate Americans would surely be more effective than the government over-regulation and micromanagement that has characterized current efforts, which have left more than half of the existing supply of vaccines in freezers rather than in peoples’ arms.

On December 16, Amazon’s Clark wrote to the CDC’s Advisory Committee on Immunization Practices, asking that the company’s 800,000 workers be considered essential workers and thus made a high priority for vaccination. The December letter mirrors the second paragraph of the January letter in this regard. But, unlike the new letter, the December letter didn’t offer Amazon’s resources to assist the nation’s vaccination efforts.

Amazon’s December letter came after the FDA’s December 11 authorization for emergency use of the Pfizer vaccine. One week later, the FDA authorized the Moderna vaccine. The media had been reporting on progress toward impending authorizations of these vaccines for months. It’s inconceivable that Amazon only began considering how to leverage its vast resources for the public good on January 20. Why did Amazon delay its offer to help? The company hadn’t gained any new capabilities in the weeks before January 20.

Could politics have played a role? Like most tech companies, Amazon is overtly liberal in outlook and action. Its policy prohibits customers using its AmazonSmile program from donating parts of their purchases to conservative nonprofits. More than three-quarters of Amazon employees’ political donations went to Democrats, and the far-left Bernie Sanders and Elizabeth Warren campaigns were the top two recipients during the primaries. Then there is the long-running, very public feud between former President Trump and Amazon founder and CEO Jeff Bezos.

It is hard to imagine that a major corporation like Amazon would risk public backlash by withholding aid to Trump’s administration on an issue of such public import, waiting instead for the Biden administration to commence. But given the political climate and the history of animosity between Trump and Bezos, the timing of Amazon’s offer will surely raise some eyebrows.

Amazon should be commended for offering its help in the vaccination effort, but it must also explain why it didn’t offer its capabilities sooner. If politics was the reason, Amazon has a lot of explaining to do.

Author’s afterword: Amazon claims that it contacted Trump administration officials “to offer assistance on vaccine logistics and we were redirected to the states. We then wrote to all governors offering to help distribute the vaccine.” Maryland governor Larry Hogan’s office disputes this claim. An Amazon letter to Hogan, dated December 21, 2020, offers to vaccinate Amazon employees but makes no reference to helping with Maryland’s broader vaccination efforts. 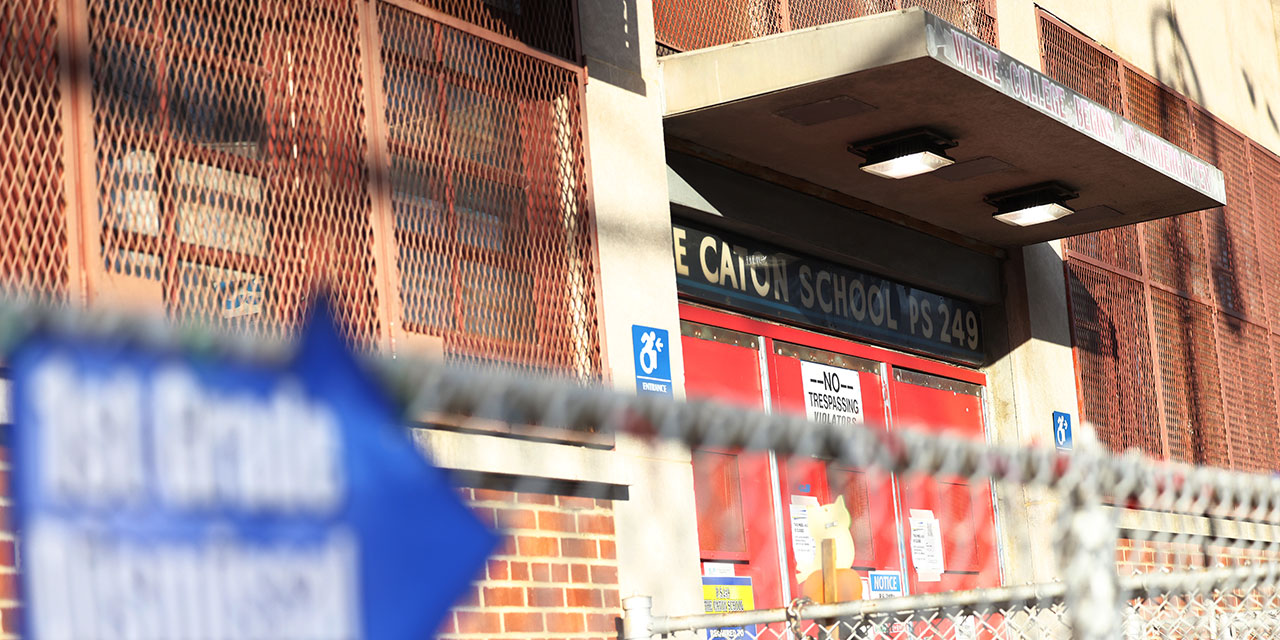 Joel Zinberg Abundant evidence makes clear that in-person learning poses little health risk—and that keeping children home is doing serious damage to them, their parents, and the economy.
More on