Since we cannot yet predict what September will look like, we can—and we must—be prepared for a range of possibilities,” New York City schools chancellor Richard Carranza wrote in a memo to school administrators in early June. “Our job is to be ready and nimble.”

“Nimble” isn’t a word typically associated with the city’s Department of Education, a behemoth that educates more than 1.1 million children in 1,800 schools. Nor is it likely that the city’s 80,000 teachers are “prepared” to deliver effective instruction. After all, it remains unclear as to whether students will be physically back in school, returning online, or following some hybrid of the two, with staggered schedules to limit building capacity and children masked and seated six feet apart. It’s also unknown how many of those teachers really want to return to work, particularly if their union and the DOE disagree on the health risks involved.

New York City isn’t alone in its indecision. As the 2019–20 school year limped to its conclusion, fully 94 percent of school districts nationwide had yet to announce plans for reopening in the fall, according to a School Superintendents Association survey. The students most likely to suffer and face setbacks, perhaps permanently, from incoherence, improvisation, and stops and starts in schooling are low-income minority children—those with the least margin for error in their education.

Carranza’s “Fall Framework” consists of “enhanced health and safety measures,” a “trauma-informed transition back to school,” and rolling or phased start dates for various groups of students. He also suggested the likelihood of “both in-person and remote instruction—what I refer to as blended learning.” In reality, “blended learning” is part-time school, especially for disadvantaged students.

In the best of times, fewer than half of New York’s third- through eighth-grade students reach proficiency on state tests of English language arts and math. Fewer than one-third of black students reached proficiency in 2019, the last year for which testing data are available. When schools reopen this fall—or if they do—it won’t be the best of times. As many as 20 percent of teachers may choose to work from home, particularly those with health risk factors that render them vulnerable to Covid-19.

This isn’t like a sports team playing a man or two down. Factor in staff roles, subjects, and grade-level specificity in individual schools, and the road ahead portends a nearly infinite level of complexity. It could lead some schools to cut back to a skeleton staff of teachers, with the result looking more like a loosely organized day-care center than a school. Perhaps this is inevitable—the result of reopening plans organized to optimize public health, not educational outcomes—but it will prove disastrous for students most at risk for academic failure. Against these obstacles, heroic efforts from individual teachers and administrators may not count for much. “I’ll be honest with you. I couldn’t care less about academics. I’m worried about my kids’ ‘social and emotional,’ ” said one former colleague from my days teaching in the South Bronx. “In the current climate, academics can wait. We’ll catch them up.”

They’re already behind. What children were doing from March until summer break couldn’t be described as learning. Data gathered by the Center on Reinventing Public Education paint a bleak picture of just how poorly prepared the nation’s school districts were for Covid-19. The vast majority failed to track attendance: only 16 percent of districts expected teachers to give meaningful feedback to students. Remote learning, where it existed at all, tended to consist of review, not new curricular material. There were exceptions, such as charter standout Success Academy, which had preexisting advantages, including extensive technology use, parental engagement, and home support.

Even students at well-run schools will suffer, the longer this goes on. As the American Enterprise Institute’s Nat Malkus and Rick Hess recently observed, at least students and teachers “already had established relationships” when the school year came to a halt in March. “This head start will be gone come fall,” they noted. Children already at risk of falling behind will confront even greater challenges in classes taught by new teachers who haven’t gotten to know them yet.

Brown University economist Emily Oster has raised concerns about the limits of remote learning, in terms of student engagement and achievement. Pointing to data on Zearn—a well-regarded math curriculum where students earn “badges” for completing digital lessons—Oster notes that if online learning were just as effective as in-person instruction, there should have been little or no reduction in the number of earned badges from March through June. “Even for students in the best-off districts—the higher income ones—there is a reduction of about 10 percent in the badges earned and this seems to get even worse in the most recent weeks,” she wrote. “For students in middle- and lower-income school districts, the results are a disaster. There appears to be about a 60 percent drop in badges earned. That is, kids in these districts are moving through the curriculum at less than half the pace they did while in school.”

The effects could be even more devastating in reading, which is harder than math to teach effectively at a distance. “I certainly see nothing good for low-SES [socioeconomic status] kids’ literacy in everything that has gone on since the Covid-19 pandemic,” said University of Illinois at Chicago reading expert Tim Shanahan, who cited closed schools, unevenly available instructional resources, shallow instruction, and the looming possibility of not opening schools in the fall or doing so part-time. Home environment, too, deeply influences language proficiency. The amount and sophistication of language that children are exposed to in conversation and reading typically mirrors socioeconomic status. Children of affluence are often insulated from school disruptions; vulnerable children are not.

More hopefully, Shanahan points to the example of New Orleans after Hurricane Katrina hit in August 2005, resulting in a lost year of school for the city’s children. For the kids who returned to New Orleans schools, the measurable effects of learning loss were relatively modest. “The more school loss the student faces, the worse his or her achievement will be,” Shanahan said. But “the losses experienced by kids in the worst schools may not be as bad as you would fear because they aren’t getting that much education in those schools anyway . . . and the losses can be overcome if actions are taken to intensify and raise the quality of the education that they eventually receive,” he concluded.

Robert Pondiscio is a senior fellow with the Thomas B. Fordham Institute and the author of How the Other Half Learns. 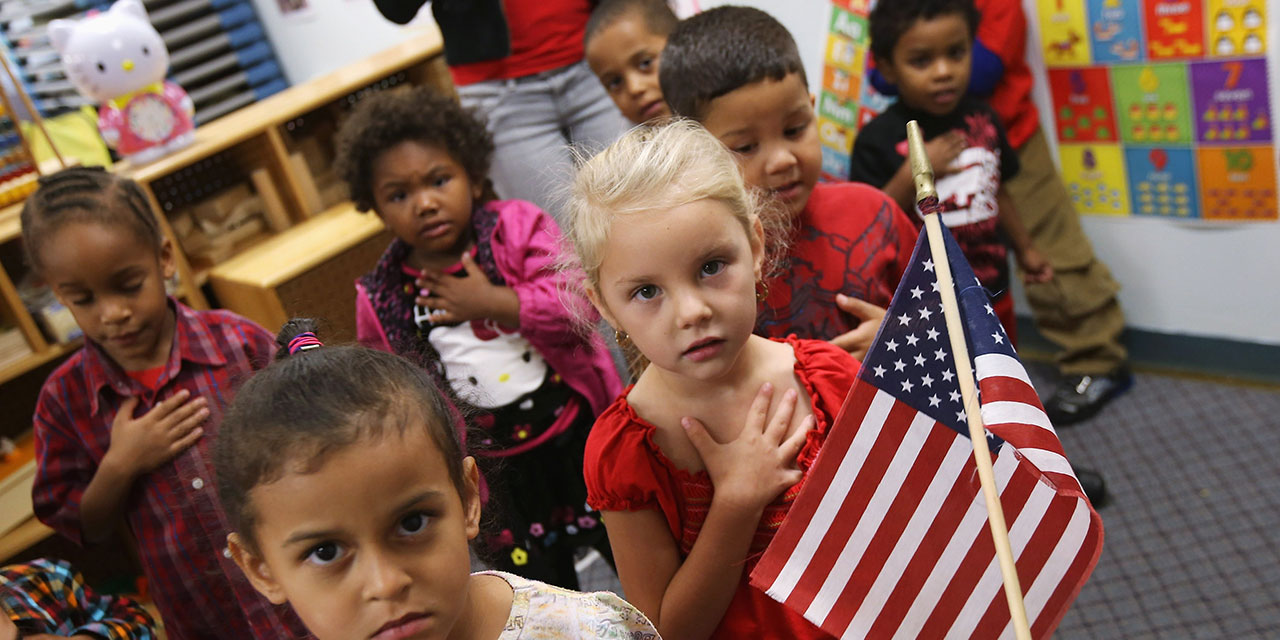 Robert Pondiscio In his “farewell” book, E. D. Hirsch, our foremost thinker on American schooling, sets his sights on fixing America itself.

Robert Pondiscio Once again, Success Academy leads the way.
eye on the news