America failed to contain Covid-19 because, in part, public-health officials in Seattle were forced to wait for weeks for bureaucratic approvals intended—ironically—to avoid mistakes. Now that the virus is everywhere, governors and President Trump have tossed rulebooks to the winds. It would otherwise be illegal to do much of what we’re doing—setting up temporary hospitals, organizing mass testing, buying products and services from noncertified providers, practicing telemedicine, using whatever disinfectant is handy . . . without documenting and getting preapprovals for each step.

America will get past this health crisis, thanks to the heroic, unimpeded dedication of health-care professionals. But what will save America from a prolonged recession? Many shops and restaurants will be out of business. Dormant factories and service organizations will need inspections before reopening. Schools and other social services will have to restart, with personnel changes and new needs that cannot be anticipated. Government agencies will be overwhelmed by requests for permits. Lawyers will present corporate clients with exhausting legal checklists. Lawsuits will be everywhere. Months, perhaps years, will pass as America tries to restart its economic engine while bogged down in bureaucratic and legal quicksand.

We need an immediate intervention to break America free from its bureaucratic addiction. It must be done if the nation is to come back whole in any reasonable time frame. The first step is for Congress to authorize a temporary Recovery Authority with the mandate to expedite private and public initiatives, including the waiver of rules and procedures that impede public goals. States, too, should set up recovery authorities to expedite permitting and waive costly reporting requirements.

Aside from broad goals, most regulatory codes don’t reflect a coherent governing vision. All these regulations just grew, one on top of the other, as successive generations of regulators thought of ways to tell people how to do things. Getting America up and running requires the ability to cut through all this red tape quickly. A Recovery Authority could expedite productive activity in many areas.

The U.S. ranks 55th in World Bank rankings for “ease of starting a business”—behind Albania and just ahead of Niger. The main hurdles are regulatory micromanagement and balkanization. You don’t get a permit from the “government” but from many different agencies, sometimes with contradictory requirements. Mayor Michael Bloomberg discovered that starting a restaurant in New York City required approvals from up to 11 agencies.

State recovery authorities could expedite permitting by creating “one-stop shops” such as those that operate in other countries. The lead agency would be given authority to waive rules and procedures not necessary to safeguard the broad public interest. Instead of waiting months, or longer, until inspectors can make site visits to verify compliance, the lead agency would have authority to grant permits, subject to later inspection.

To stimulate the economy, President Trump has floated the idea of a $2 trillion infrastructure plan. A big infrastructure buildout was promised as part of the 2009 stimulus as well—five years later, a grand total of 3.6 percent of the stimulus had been spent on transportation infrastructure. That’s because, as then-President Obama put it, “there’s no such thing as shovel-ready projects.”

Bureaucratic delay is ruinously expensive. In a 2015 report, “Two Years Not Ten Years,” I found that a six-year delay in infrastructure permitting, compared with the timeline in other countries, more than doubles the effective cost of infrastructure projects. I also found that lengthy environmental review is usually harmful to the environment, by prolonging polluting bottlenecks. Work rules and other bureaucratic constraints precluding efficient management multiply the waste of public funds. The Second Avenue subway in New York City cost $2.5 billion per mile; a similar tunnel in Paris, using similar machinery, cost about one-fifth as much.

The Recovery Authority could get people working immediately, and double our bang for the buck, by giving one federal agency authority (in most cases, the Council on Environmental Quality) the presumptive power to determine the scope of environmental review, focusing on material impacts; granting the Office of Management and Budget presumptive authority to resolve disagreements among agencies; and requiring that New York State and other recipients of federal funding waive work rules not consistent with accepted commercial practices.

Schools have become hornets’ nests of red tape and legal disputes. Reporting requirements weigh down administrators and teachers with paperwork. More than 20 states now have more noninstructional personnel than teachers—mainly to manage compliance and paperwork. Rigid teaching protocols and metrics cause teachers to burn out and quit. Almost any disagreement—with a parent over discipline, with a teacher or custodian over performance—can result in a legal proceeding, further diverting educators from doing their jobs. Federal mandates skew education budgets without balancing the needs of all the students. Special-education mandates now consume a third or more of some school budgets—much of it through obsessive bureaucratic documentation.

Getting schools restarted could easily get bogged down in bureaucratic requirements and defensive legal contortions. The Recovery Authority could replace reporting requirements with evaluations of actual performance. It could also replace entitlements with principles that allow balancing the interests of all students, and formal dispute mechanisms with informal, site-based review by parent-teacher committees.

The Recovery Authority should look at health-care innovations and waivers that have worked throughout the coronavirus crisis—such as telemedicine—and continue these practices, beyond the recovery period.

The federal Recovery Authority should aim to liberate initiative at all levels of society while honoring the goals of regulatory oversight. It should not be part of the executive branch, but rather, established along the same lines as independent base-closing commissions. For waivers of regulations and all other actions consistent with underlying statutes, the executive branch would be authorized to act on recommendations within the scope of the Recovery Authority’s mandate. For statutory mandates, Congress should explicitly provide temporary waiver authorization to permit balancing and accommodations.

Every president since Jimmy Carter has campaigned on a promise to rein in red tape. Instead, it’s gotten worse because no one has thought to question the underlying premise of thousand-page rulebooks dictating precisely how to achieve public goals. The mandarins in Washington see law not as a framework that enhances free choice but as an instruction manual that replaces free choice. The simplest decisions—maintaining order in the classroom, getting a permit for a useful project, contracting with a government—require elaborate processes that could take months or years. Essential social interactions—a doctor talking with the family about a sick parent, a supervisor evaluating an employee, a parent allowing children to play alone—are fraught with legal peril. Slowly, inexorably, a heavy legal shroud has settled onto the open field of freedom. America’s can-do culture has been supplanted by one of defensiveness.

Covid-19 is the canary in the bureaucratic mine. The toxic atmosphere that silenced common sense here emanates constantly from a governing structure that is designed to preempt human judgment. The theory was to avoid human error. But the effect is to institutionalize failure by barring human responsibility at the point of implementation. It’s as if we cut off everyone’s hands.

Coming out of this crisis, America needs a Recovery Authority to unleash potential across all sectors. Perhaps now is also the moment when Americans pull the scales from their eyes and see our bureaucratic system for what it is—one governed by a philosophy that fails because it doesn’t let people roll up their sleeves and get things done.

Philip K. Howard, a lawyer, is founder of Common Good. His latest book is Try Common Sense: Replacing the Failed Ideologies of Right and Left. 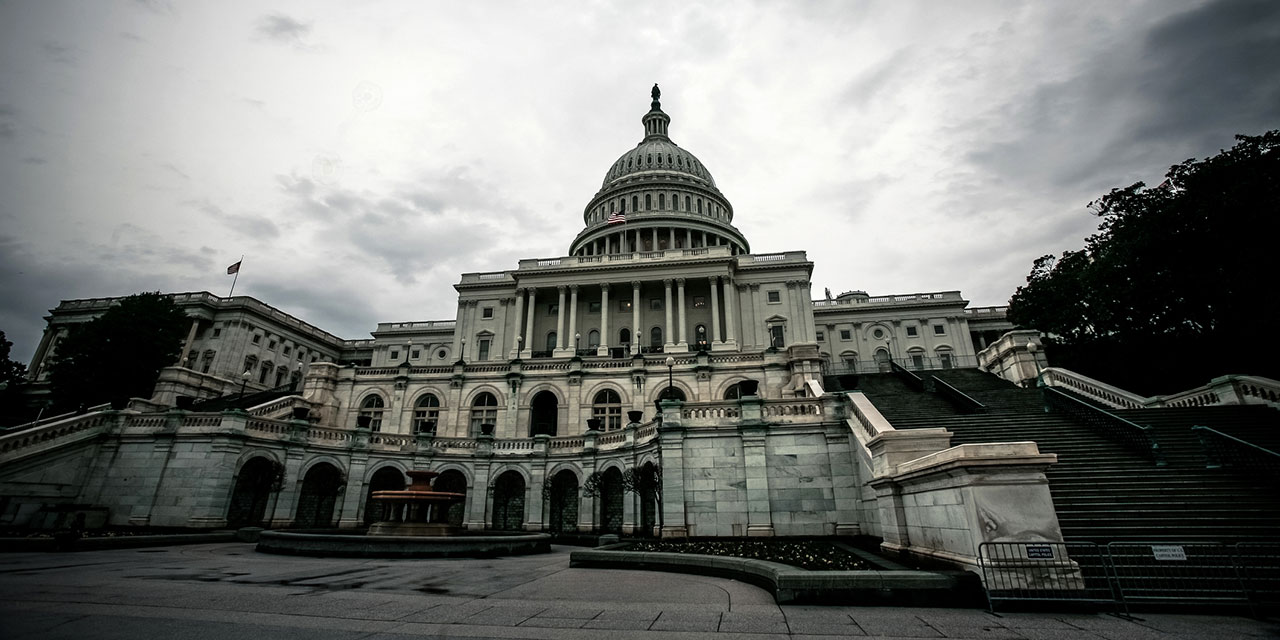 Philip K. Howard We need a new approach to regulation.
from the magazine

Philip K. Howard Judges should stop unreasonable lawsuits before they start.
More on