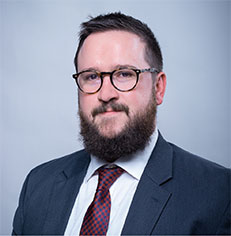 Ben Speggen discussed Erie’s Covid-19 experience with Charles F. McElwee, assistant editor of City Journal. Speggen is vice president of the Jefferson Educational Society and serves as a contributing editor at the Erie Reader. He previously taught writing, research, and literature in the English department at Gannon University and hosted a public-affairs program for WQLN Public Media.

In a recent coauthored Drexel University Metro Finance Lab report, you suggest that Erie’s downtown is a proxy for the nation during the Covid-19 crisis. How has the crisis affected Erie’s economy?

Local data from the Erie Leading Index reveal that the county’s economy continued a slight trend upward through February. But like the rest of the country, Erie County—our region’s metropolitan area—began showing the economic effects of Covid-19 when non-essential businesses began closing their doors. We don’t have the numbers from April, but we know that the most significant job losses from February through March were experienced in the leisure and hospitality sector, mirroring the national trend. Erie lost 200 jobs—a 1.5 percent decrease—while the nation saw a 2.7 percent decline during February and March.

In January, Erie County’s unemployment rate stood at 5 percent. It reached 6.5 percent in March, appearing to confirm the correlation between economic decline and the social-distancing and shelter-in-place measures enforced to mitigate the virus’s spread.

Governor Tom Wolf recently announced that Erie County—along with 23 other counties—can begin a phased reopening, beginning this weekend. Why did Erie qualify?

The state began using a metric: any county with 50 newly reported positive cases per population of 100,000 over 14 days would shift from “red” to “yellow” status. Erie has managed the crisis well, comparatively, from a public-health standpoint. The credit goes to our local leadership, as well as to our county health department—and we’re fortunate to be one of ten counties that has a health department.

In the 2016 election, Erie County became one of just three Obama-to-Trump counties in Pennsylvania. How could the crisis affect the county’s political composition?

Pennsylvania’s primary election was delayed from April to June, so it may be too early to tell.

Last October, Governor Wolf signed Act 77, a law allowing Pennsylvanians to mail in their ballots. June’s primary will be the first election statewide for which this voting method will be available, so it will be interesting to see its effect. In any case, it’s safe to say that the response to Covid-19 will remain a high-profile issue for voters in November.

Twilight of the Blue-Collar Democrat

Charles F. McElwee In New Jersey and Pennsylvania, last week’s election marked the end of a crucial party constituency.
from the magazine

One Size Doesn’t Fit All