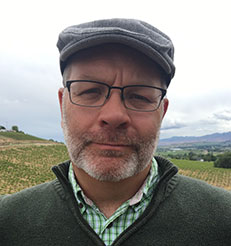 Scott Yenor discussed Idaho’s demographic change and living in Boise during the Covid-19 crisis with Charles F. McElwee, assistant editor of City Journal. Yenor is a professor of political science at Boise State University. His fourth book, The Recovery of Family Life: Exposing the Limits of Modern Ideologies, is forthcoming from Baylor University Press.

How has the Covid-19 crisis affected Boise?

The Boise area, known as the Treasure Valley, has about 750,000 people. About 30 deaths have been attributed to Covid-19 in the region. The number of deaths statewide appears to be around 90. As far as I can tell, the state doesn’t report data on deaths, but it’s believed that the vast majority occurred in nursing homes. Most of the 20 deaths in Nez Perce County, for example, came from a nursing-home facility. No one under 50 has died in Idaho from Covid-19. It simply hasn’t been a health crisis here; hospital systems haven’t been overwhelmed.

Based on Idaho Division of Public Health data, the peak of the crisis was on May 11, when seven Covid-19-related patients visited emergency rooms. Our two major hospital systems—St. Luke’s and St. Alphonsus—have gone weeks without many cases. In fact, nurses have been furloughed and doctors are underemployed. The crisis, however, has revealed much about the differences between an increasingly left-leaning Boise and the suburbs. They’re the differences you hear about everywhere. Basketball hoops were taken down in Boise, for example, but not in the suburbs. During the height of the crisis, our family went for hikes in the mountains every Saturday to break the “stay-at home” monotony. We could identify Boise residents from a distance. They would wear masks even walking alone on remote mountain trails.

Could the pandemic hasten Idaho’s demographic change—particularly from a growing California diaspora?

Yes. The housing market has hardly slowed down in the Treasure Valley, with about half of new residents moving here from California, Oregon, and Washington. I expect both the riots and the lockdowns to increase the numbers.

The best way to judge the effects of this change is to look at the housing market. According to Boise Regional Realtors, April 2020 home sales were down about 20 percent from the previous year, but housing prices were up 2.2 percent over March 2020 and almost 15 percent over April 2019. No one expects demand to decline, and the building of homes and roads, it seems, proceeds apace.

How has Boise State University responded to the crisis?

Boise State is no different from most schools. It’s hedging its bets and adopting half measures. The university hopes for in-person classes, but it’s also planning for going online if necessary. We anticipate teaching with social distancing and requiring masks for everyone on campus. University clubs will be prohibited from holding big events. For now, some furloughs for employees on 12-month contracts helped close a budget shortfall from last year. I’ve heard that enrollment is down only about 2 percent.

What does the crisis portend for America’s higher education system?

Residential colleges are doomed if they continue to operate on the principle of social distancing.

Students enter college for the credential and the social experience; tyrannical efforts to keep them six feet apart will, in my view, severely compromise that experience. This will lead to an even more credentialled approach to education among students—and bad news for the residential college experience.

In the beginning, most Americans were independent farmers. Once most Americans became dependent upon employers for their jobs (probably somewhere between 1920 and1950), any personal independence came from the fact that the person could leave the job and have some government support upon his departure. A tight labor market helped this trend along.

Today, we’re going to have high unemployment for a spell. And many big and small employers want to ensure that their employees don’t say anything that could bring disrepute on the company (according to current trends of disrepute). How will the convergence of high unemployment and employer censorship contribute to self-censorship? This question is relevant in an increasingly service-based economy, where establishments depend on the good graces of the public.

Criticism for the Sake of It