Covid-19 and the Public-Pension Crisis 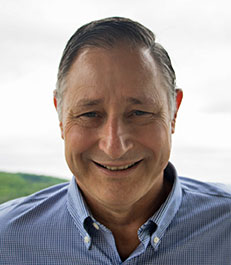 Don Boyd discussed the fiscal issues and risks of the New York City Teachers’ Retirement System with Charles F. McElwee, assistant editor of City Journal. Boyd co-director of the State and Local Government Finance Project at the Center for Policy Research, located at the University of Albany’s Rockefeller College. He consults to organizations that analyze or model aspects of state and local government finances, including the Pew Charitable Trusts and the Open Source Policy Center at the American Enterprise Institute. Boyd holds a Ph.D. in managerial economics from Rensselaer Polytechnic Institute.

Based on your new coauthored study, what were some notable issues that you found in the New York City Teachers’ Retirement System (TRS)?

Almost all public-pension plans, including TRS, assume high investment returns in a low interest-rate environment. TRS assumes that it will earn 7 percent each year, while returns on safe ten-year Treasuries have been near or below 3 percent for a decade. Justifying this assumption requires taking investment risk. The typical U.S. public-pension plan, TRS included, is 60 percent to 70 percent invested in equities and other risky assets—far more than private plans and public plans in other countries. Public plans treat the high assumed returns as given, often arguing that they can count on these returns because they invest for the long term. This allows plans to request low contributions now in exchange for risk that contributions will be higher or lower in future years.

TRS’s Tax-Deferred Annuity plan creates major additional risks. TDA is a separate optional defined-contribution plan that the city does not contribute to, but TRS members may contribute their own funds, within IRS limits. Members may direct their funds to an investment option guaranteeing a return that, under state law, is 7 percent for most members and is backed up by the TRS defined-benefit plan. If actual returns fall short of the guarantee, city taxpayers must make up the difference.

We found that TRS faces special risks related to its TDA program. Our analysis, completed before the Covid-19 crisis, projected about a 28 percent chance that TRS funding would fall below 40 percent sometime in the next 30 years—even if investment-return assumptions are correct on average and even if the city pays all actuarial contributions. We also estimated a roughly 20 percent chance that annual contributions will rise by about 50 percent sometime in the next 30 years (from 42 percent to 60 percent of payroll). These conclusions are largely driven by the TDA. Without the guarantee, the risk of severe underfunding in the next 30 years would fall from 28 percent to less than 2 percent—if the investment-return assumptions are plausible—and the risk of such a large contribution increase would fall nearly to zero. If the investment-return assumptions are too high, the risks would be much greater.

Why did you select New York’s TRS as your focus of study?

How could the Covid-19 crisis affect the TRS?

Unfortunately, the economic impact of Covid-19 presents risks to city tax revenue and to stock market returns. Higher pension contributions may be required when the city budget and taxpayers can least afford them. Based on previous research, this correlation is real, though not guaranteed in every downturn. Its effects are particularly significant for New York City, which relies heavily on income taxes influenced by financial markets. Ignoring this correlation leads policymakers to underestimate risks to budgets.

TRS will likely have significant shortfalls in the fiscal year that ends this June. Absent surging financial markets in May and June, a 10 percent shortfall—a negative 3 percent return when TRS is assuming positive 7 percent—is plausible. This would represent a shortfall of $5 billion to $6 billion in the TRS’s defined-benefit plan, which taxpayers would need to make up over 15 years. The other major city plans invest similarly and would have large deficits, too, as analysis from the Independent Budget Office (IBO) shows. The IBO has estimated that city tax revenue could fall short by about $10 billion from now through the end of the next fiscal year.

Absent sharp recoveries in financial markets soon—much greater than the 25 percent bounce back between the March nadir and late April—taxpayers will need to brace for higher taxes or cuts in services to pay for higher pension contributions, on top of revenue losses.

What can other cities and states learn from your study?

Risks to public-pension plans are far greater than commonly understood, even without the added risks of the TDA guarantee, which other funds do not have. Policymakers need to understand these risks and make smart choices about how much risk pension funds should take.

How can New York City mitigate the pandemic’s likely financial impact on the pension system?

The city will have to contend with higher pension contributions in a period of sharply reduced revenue, leading to difficult choices. It’s not too early for policymakers to request analysis of the risks and to consider how much future risk-taking is appropriate.