“Be yourself,” Oscar Wilde advised. “Everyone else is taken.” Words of wisdom, yes, but I’m glad Cindy Sherman doesn’t follow them. The National Portrait Gallery in London is showing the first British survey of Sherman’s 40-year career. Her Untitled Film Stills made her an art star in the late 1970s. By the time I entered graduate school a few years later, her work was a staple in art history surveys.

It’s a bracing show, done by the NPG with characteristic perfection. Sherman is a great artist, and her early work easily stacks up against the early work of other artists, mostly in the Old Master canon. It’s even reminiscent of Francisco Goya’s tapestry cartoons of Spaniards in the 1770s. Like Goya, Sherman portrayed comedic, stereotypical themes, found infinite ways to express them, and added new ones. 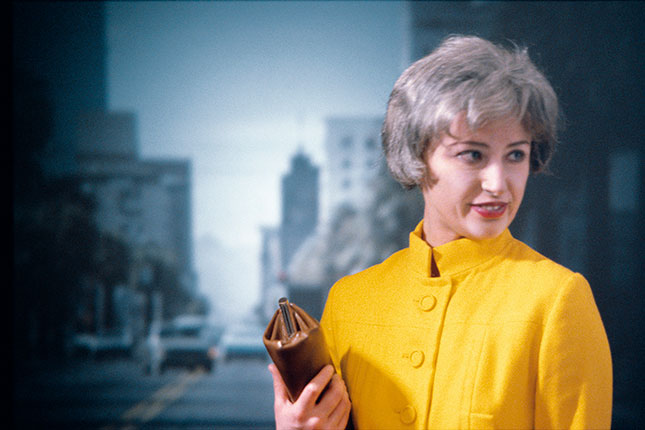 The show complements the NPG’s permanent collection, its formal portraiture focused on mystique and image-building. Portrait painters often conspire in making the image. Subjects might be dressed to impress, but gimlet-eyed artists can see things that they don’t. The best portraitists develop a keen outsider’s perspective.

Sherman is both subject and portraitist, having created over 500 characters. The show presents Sherman as a painstaking builder of each persona (usually quite different from herself), experimenting with props and poses to get the feel that she wants. It’s a strange passion, though not unique. It reminded me of Fragonard’s imaginary portraits, dapper and dandy male figures from the 1770s. 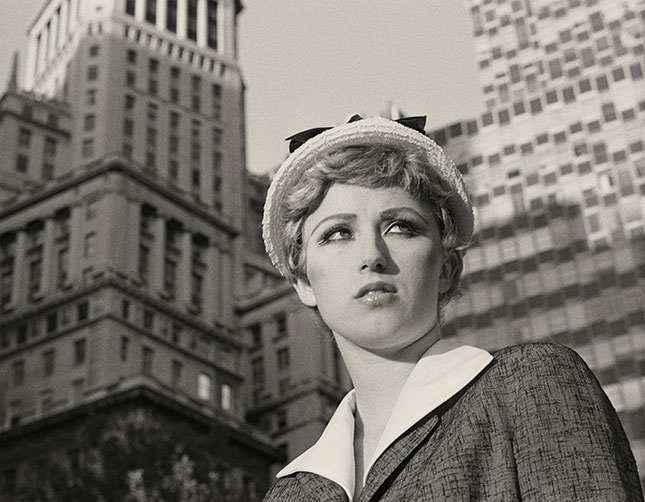 The show is strong on Sherman’s early work, giving us some basic ingredients: dress up, popular culture, humor, and empowerment of both artist and viewer. Born in 1954, Sherman was a baby boomer from a middle-class, suburban background. Growing up, she was a television addict who became a thinker, cynic, and critic. Her Murder Mystery set, from 1976, is campy stuff, Agatha-Christie-meets-vaudeville. It’s playacting with a difference: she doesn’t pretend to convince anyone. Her remote shudder release is almost always there. She has a malleable face and body, which are physical gifts. She’s got amazing range.

Untitled Film Stills established her as a feminist icon, the photographs drawing from movie tropes modeling conceptions of female identity. They reference films like Psycho and Double Indemnity, which show that a woman can get into lots of mischief if left on her own, but allusions to specific movies are never precise, when they exist at all. Some, like a woman with a black eye, another wearing lingerie, and yet another in a pin-up pose, draw their meaning from standard gendered looks. Others don’t. Loneliness, ambiguity, anxiety, and disguise are human states experienced by men and women. So is inscrutability. To me, this is Sherman’s enduring relevance. 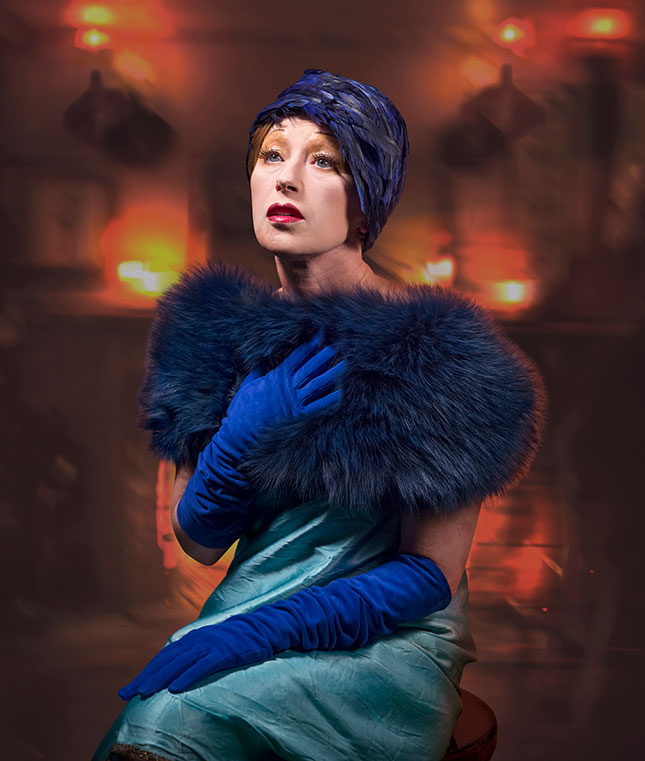 The exhibit showcases her entire body of work. By the 1980s and 1990s, it grows darker. In Surrealist Pictures, from 1993 and 1994, she uses dolls and artificial body parts to create figures with horror film creepiness. Mutilation and self-harm become disturbing themes. Masks, from 1996, shows her command of color and design. The heads are big, with a palette that’s saturated but monochromatic, and lit to evoke weird textures. We’re experiencing menace beneath the surface.

Sherman’s work in the last decade treats age and what it does to social status. Popular culture—magazines, movies, fashion—drives much of her work. Both high and low culture regard women differently than men, though men get hit with ageism, too. Sherman’s Flappers series is excellent. An aging flapper is awkward under any circumstances, but these photographs look like Hollywood star photography. The characters are mostly older women, perhaps grand Hollywood actresses trying to stay in the game. Sherman is now a senior citizen herself; her photographs are reflective, sometimes somber, pathetic, and tender.

The show is sensitively arranged, showing curatorial talent and Sherman’s own involvement. It’s chronological, and the 20 or so series are kept together. Sherman has a brilliant sense of scale: the size of each photograph and each series has a uniform size, showing an infallible match of subject, theme, and palette. If Untitled Film Stills were bigger, they’d look ridiculous. The catalogue is thorough, with all the works illustrated and a series of short, focused essays.

Will Sherman’s future work represent gender dysphoria, or the #MeToo movement? Photoshop has allowed her to create multiple figures in the same scene. She’s too smart to do anything obvious or boring.

Brian Allen A Manhattan philanthropist and Whitney Museum trustee becomes a casualty to the social-justice mob.
books and culture