Some free-traders are upset that President Donald Trump has slapped tariffs on Chinese imports, but their ire is misguided. The president’s action is a justifiable response to China’s one-sided trade practices and our previous failure to fight back.

Tariffs alone, however, won’t solve our trade problem with China. That will require a coordinated national initiative—call it industrial policy, if you will. The goal is not to thwart Chinese development—which, in a single generation, has lifted hundreds of millions out of poverty, one of the greatest economic accomplishments in history—but instead, to safeguard our own economic and political well-being, our social cohesion, and our national values.

Structured properly, such an initiative will safeguard American jobs, turbocharge American innovation, and help us come together in favor of free and fair trade. It also happens to be our best bet to ensure that we remain long-term friends with China. China is not America’s enemy, though it is intent on advancing its own interests, including supplanting the U.S. as the world’s most advanced economy and dominant military force. Our challenge is to accommodate this rising power, sharing preeminence without surrendering our own or letting our economy become a mere supplier of low-value raw materials in exchange for advanced manufactured goods.

Capitalists may recoil from talk of “industrial policy.” Yet America has had a strategic economic policy ever since Alexander Hamilton laid out his vision for the young nation’s future. To settle a burgeoning nation and to secure its borders and prosperity, the United States at various times has given a helping hand to key industries such as agriculture, railroads, and even newspapers.

It is not as if the U.S doesn’t now have an industrial policy. We do—just not one that benefits the American people. For the past decade, our industrial policy has protected giant banks and dominant corporations, encouraged concentration and the resulting easy profits, stifled innovation, and transferred vast wealth from the middle class to the wealthiest. We need a new policy tailored to the demands of our time. China is beating us handily. Its economy is growing much faster than ours, fueling a boom in military and R&D spending. In artificial intelligence, quantum computing, basic science, and genetic research, China is forging ahead while we dither. It’s time for us to draw energy and resolve from our newest rival, just as we did from our rivalries with Britain in the nineteenth century and the Soviet Union in the twentieth. In the 1950s, Sputnik inspired Washington to shoot for the moon. We recognized then that technological superiority would prove essential to national security, and we set priorities aimed at winning the Cold War. Along the way, government-funded research helped yield a cornucopia of important advances, from semiconductors to the Internet. According to development economist Vernon Ruttan, “government has played an important role in technology development and transfer in almost every U.S. industry that has become competitive on a global scale.”

Free exchange of goods and services contributes to global prosperity, but one-sided trade arrangements take a massive toll on American industries and communities, as MIT economist David Autor and others have shown. This unbalanced approach has weakened political support for free trade and eroded social cohesion; it will also undermine our ability to compete in twenty-first-century industries. Our objective should be not just another unenforceable trade deal but a meaningful reduction in the mercantilist practices that deny American firms access to many important markets. Having been in a trade war for a long time without picking up a weapon, we are justified in using tariffs as a club, however blunt.

Our trade partners will retaliate, of course, but tit-for-tat tariffs don’t equally harm both sides when the game is being played so unfairly. To demonstrate our commitment to free trade, we should also immediately propose a free-trade pact with the United Kingdom, reaffirming our support for genuinely free markets with a country open to our exports, while providing timely support to this important ally. Unlike, say, Germany, the U.K. buys our military equipment. We also must aggressively defend our intellectual property, which, hackers aside, China is legally acquiring in exchange for partial access to China’s large and growing market. Agreements to end this practice, and the others, are ignored with impunity—pointing out the futility of yet more agreements. Tariffs recognize this futility by focusing on the only outcome that matters—a reduction in the trade deficit.

Tariffs—or the threat of them—are unlikely to get the Chinese to negotiate more seriously, at least for now. A one-sided relationship has served it well for three decades. China also expects that, after the next election, we will return to business as usual. For a strategy that furthers American interests to work, the Trump administration will have to do something that it hasn’t been very good at so far: get American businesses and consumers to back the cause and stay the course.

Any campaign to protect American intellectual property should make technology transfers a matter of national security. This will stop the practice of companies giving technology transfers in exchange for market access. We must also curtail rampant hacking and spying. The Chinese will stop—or significantly curtail—both, but only if we can show that it’s in their interest to do so. The United States must also jumpstart innovation, or we won’t have much intellectual property left to defend. Federal research funding as a percentage of GDP fell 22 percent from 1970 to 2016, and, of critical importance, federal money for hard sciences fell by almost half. Chinese spending on R&D, meanwhile, is fast catching up to our own, and will far exceed it by 2025. We need to reverse these trends. We should boost government funding for basic science and blast away at the tangle of regulations and disincentives that discourage invention.

Trade deals, in and of themselves, have little relevance; outcomes are what matters. Free trade can endure only if both sides win. Our mercantilist competitors must understand that the days of one-sided trade relationships with the United States are over. Some investors and academics will wring their hands, but the American people will no longer tolerate the status quo—because the consequences for many of them are intolerable. 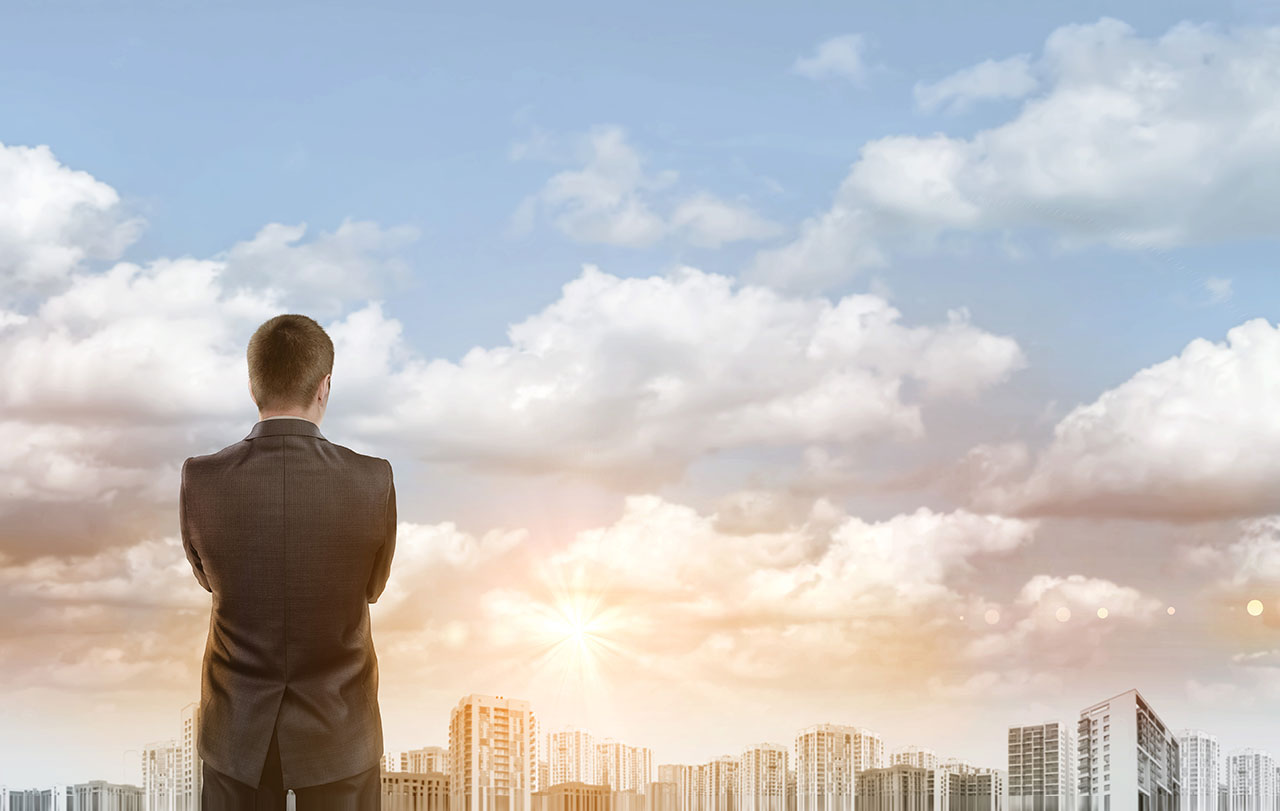 John Michaelson The Fed’s antigrowth policies have slowed recovery—but a new boom may finally be upon us.
More on