Can the Senate See the Future?

U.S. Senate committees have various responsibilities. They evaluate nominees for executive branch positions, conduct oversight, and review legislation. Committees use hearings as a primary tool to find facts, analyze policy issues, and inform legislative and oversight actions. But a review of Senate-hearing witness-testimony data raises questions about lawmakers’ ability to anticipate national issues before they happen.

Quantifying Senate committees’ ability to forecast issues of national importance has been challenging in the past. But data science helps discern what senators are hearing about from witnesses. Given the way that the Senate and Government Publishing Office releases congressional hearing testimony and transcripts, identifying trends would usually require a researcher to read individual PDFs of witnesses’ submitted testimony for thousands of hearings. But a software program that I wrote downloads Senate witness testimonies from 2000 to 2022, making textual analysis possible. With a database of written testimonies, users can search the record of statements to see what witnesses told the committees. While some testimonies are unusable yet due to the files not being formatted properly, a sample of nearly fifteen thousand Senate witness testimonies across all Senate committees makes trends easy to spot.

Searching for key terms in the written testimonies provides insight into the issues Senate committees have considered since the beginning of the twenty-first century. Consider the appearance of the word “pandemic” over the past 24 years. It came up 1,093 times between 1998 and 2019 across all Senate committee-hearing witness testimonies. In 2009, when H1N1 was of national concern, its appearances increased. Before 2020, the committees hearing the word “pandemic” most often were Homeland Security and Governmental Affairs; Appropriations, Health, Education, Labor and Pensions; and Armed Services. Between 1998 and 2020, HSGAC heard 74 witnesses testify about pandemics, while the Appropriations and HELP Committee heard 19, 17, and 17 witnesses, respectively, discuss the topic. Of course, a huge increase of interest in pandemic testimony occurred between 2020 and 2022, when the word appeared 6,498 times. The total number of witnesses who mentioned the word “pandemic” was 1,002. 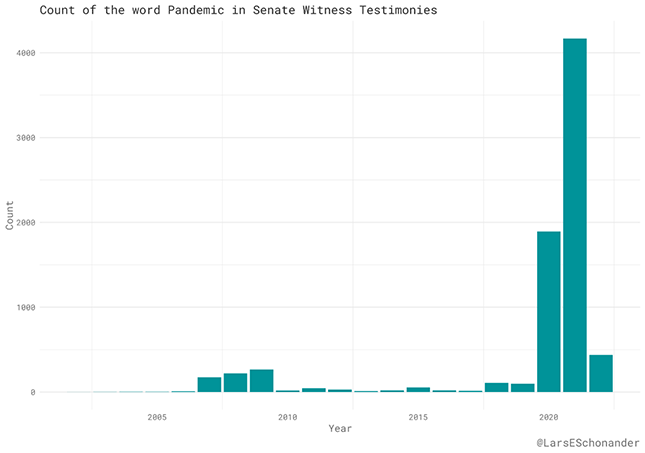 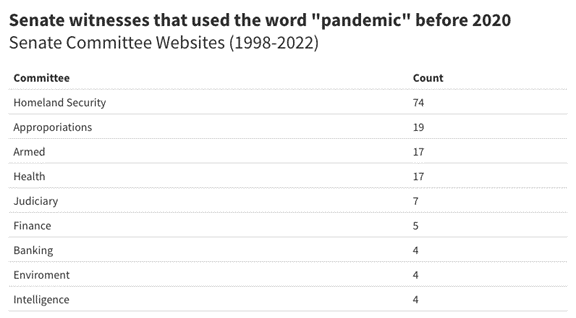 It’s not surprising that Senate committees’ interest in witness testimony on pandemics has exploded over the past two years. But Senate committees may not have given the issue due attention until it became major national news.

Another example is the opioid crisis. In 2010, President Obama announced a Prescription Drug Abuse Prevention Plan to fight the opioid epidemic. Yet while U.S. opioid overdose deaths have increased steadily since the 1990s, Senate committees were not focusing much attention on the issue until 2015. The first major bill on the opioid crisis, the 21st Century Cures Act, was passed only in 2016. The charts below compare the number of times the word “opioid” was mentioned in witness testimony since 2007 with the growing number of overdose deaths since 1999. The Senate tends to discuss issues at the level of a hearing only when the given issue becomes nationally relevant. Yet despite the epidemic starting in the late 1990s, major discussions of the crisis began only in the mid-2010s. (The opioid epidemic has kicked into higher gear with the rise of synthetic opioids, which the Senate has addressed in recent years.) 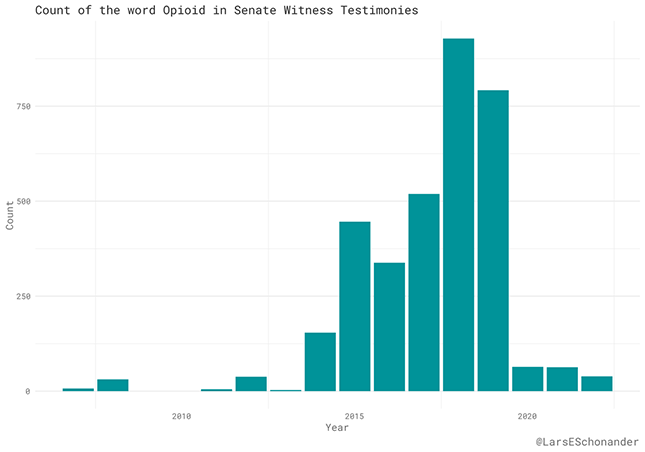 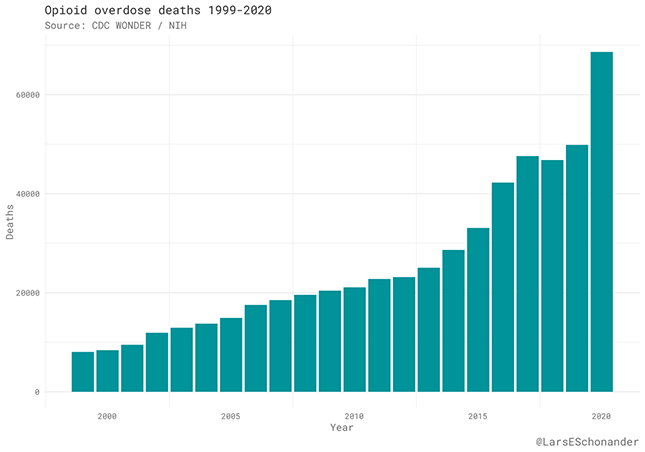 In comparison, Senate committees have spent far more time focused on antitrust issues. Discussions on antitrust-related matters occurred frequently and in multiple waves. Before 2017, the word “antitrust” appeared 2,280 times across various Senate witness-testimony transcripts. In 2002, the word popped up 404 times, and in 2007, it was mentioned 373 times. Witnesses mentioned “antitrust” 2,459 times between 2017 to 2020. Major antitrust hearings held in 2019 considered the issue as it related to the tech industry, the health-care industry, the payment industry, and economic inequality. 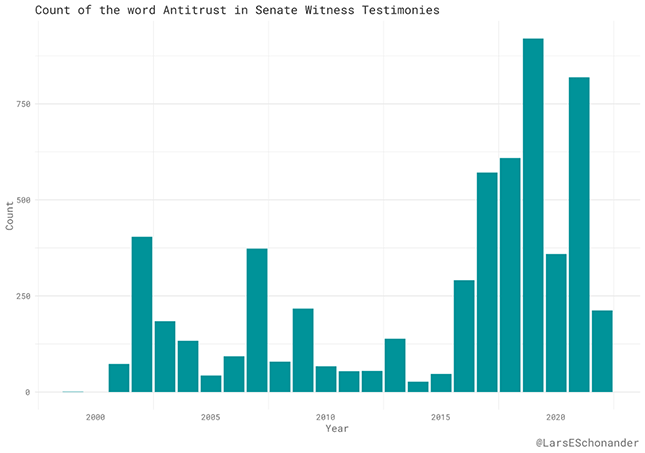 Patterns emerge in the ways that Senate committees focus their attention. Sometimes an issue comes up by surprise before disappearing. Other issues see a gradual increase in prevalence. Discussions of topics can also be cyclical. But predictive foresight should be a priority for lawmakers. The anticipation of a topic before it becomes a major issue of national concern may be difficult, but it’s a suitable task for “the world’s greatest deliberative body.”

Lars Schonander is a policy technologist at the Lincoln Network.