If it’s Tuesday, or Wednesday, or any other day of the week, and there’s a fire gone wild, threatening someone’s home or business, then this must be California.

Other states have wildfires, of course, but no one in the Midwest or New England wonders what in the world is going on in Washington or Oregon or struggles to understand why those states can’t do a better job of controlling wildfires. Many in California don’t understand what’s going on, either.

More acreage burned in California this year than over the same period in 2020. The Dixie Fire alone has destroyed 920,000 acres, an area about as large as Rhode Island. Only one other California fire has been bigger: 2020’s August Complex fire. The Caldor Fire, second-largest this year and 15th-largest in state history, is a direct threat to the Lake Tahoe basin. All told, more than 2 million acres have been lost.

“Devastating fires not only reduce the role that California’s forests play as a ‘sink’ to sequester carbon emissions from the atmosphere, but they also neutralize the benefits of the state’s carbon emission reductions,” writes Kolkey. “For instance, the fires in 2018 released more than 45 million metric tons of carbon dioxide into the atmosphere, producing more than nine times more emissions than were reduced in 2017.”

Green myopia has also blocked efforts to remove the fuel that drives wildfires. For decades environmental activists, wielding enormous political clout in Sacramento, have obstructed forest thinning, brush removal, and controlled burns whenever possible. These are not outlandish ideas driven by corporate greed but proven methods for containing wildfires. Native Americans had enough “ancient wisdom,” says Kolkey, to use controlled burns to manage fire risk. More recently, it was a controlled burn that “slowed the advance” of the California Rim Fire in 2013, says Kolkey, and allowed “firefighters to get ahead of the burn, saving a number of homes.”

Other obstacles to keeping wildfires in check include the 1970 California Environmental Quality Act, which prohibits any public agency from embarking on a fuels-reduction project until it complies with the law’s thicket of regulations, and the 1973 Z’berg Nejedly Forest Practice Act, which “prohibits a person from conducting timber operations, as defined, unless a timber harvesting plan prepared by a registered professional forester has been submitted to, and is approved by, the Department of Forestry and Fire Protection.”

Clearing through these legal and regulatory thickets is costly and time consuming. Kolkey suggests that Sacramento pass legislation requiring only “a single permit from a single agency for prescribed burns and other thinning methods . . . which allows for a streamlined process.” Failing to take this step while California is scorched every year is negligence.

Federal agencies manage 19 million of the state’s 33 million acres of forest, so Washington, D.C. also needs to take action. With two senators and the largest state delegation in the House, California theoretically has the muscle to move Congress, but Senator Dianne Feinstein learned two decades ago how dangerous it can be even for a Democrat to cross the green lobby. In 2002, the Sierra Club “roasted” her for daring to insist that logging could help ease wildfire threats.

Feinstein’s most recent attempt to stop the damage, the Wildfire Emergency Act, might fare better. The bill can go only so far, though, since it fails explicitly to expand commercial timber harvesting, which the state itself recognizes can help “achieve forest health goals.” One hopes Feinstein recognizes that this issue is important enough to risk getting politically burned again. 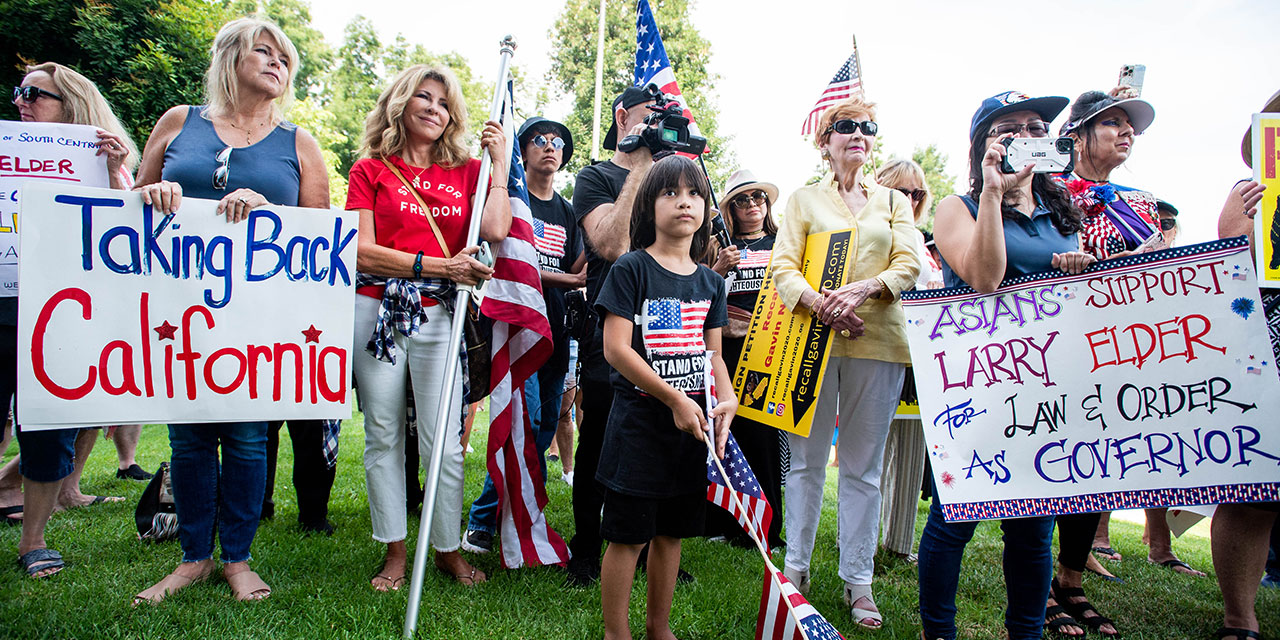 Kerry Jackson California’s bullet-train project is still under construction as delays and costs pile up.
More on