Earlier this week, Boris Johnson shut down Britain. In an address to the nation from Downing Street—one of the most-watched moments in British television history—the prime minister delivered a “very simple instruction,” as he described it: “You must stay at home.”

After enduring weeks of criticism for its Covid-19 response, the U.K. government has now imposed strict restrictions on British citizens, who can go out only to shop for necessities, exercise once a day, travel to and from essential work, or for medical care. Britain’s constraints on daily life now broadly resemble those elsewhere in Europe, but they have arrived much later.

The lockdown marks the latest stage in Britain’s evolving approach to Covid-19—one that Johnson and his ministers are adamant isn’t a “U-turn.” Until last week, the U.K. had pursued a strategy of “mitigation” rather than “suppression,” focused on ensuring that those with symptoms stayed home to protect the most vulnerable in the population. Daily life, however, continued more or less unchanged. The strategy was based on the idea that introducing stringent measures too early would cause “behavioral fatigue,” making a lockdown ineffective just as it was most needed.

According to the government’s initial approach, it was crucial that suppression be timed to coincide with the peak of the coronavirus curve—or, to paraphrase the U.K.’s Chief Scientific Adviser, Patrick Vallance, to do the right thing at the right time. This thinking changed when a new model emerged from experts at Imperial College, London. It suggested that a mitigation strategy of the sort pursued by the government would mean 250,000 lives lost—more than double the previous best guess. At that point, the government had no choice but to change course, first upping the ante with its social-distancing advice to citizens and now restricting everyday freedoms.

In the fight against Covid-19, Britain could pay a high price for its delay in moving from mitigation to suppression. The inertia is especially worrying because of vulnerabilities in the U.K.’s health-care system. Almost all countries where the virus isn’t contained look likely to be overwhelmed, but some systems will fare worse than others—and unfortunately, Britain’s NHS is one of those. With just 6.6 critical-care beds per 100,000 people, the U.K. falls behind comparable countries on that crucial metric. In Italy, where horrifying reports reveal health-care infrastructure buckling under the coronavirus pressure, the figure is twice as high. Germany has 29.2 critical-care spots per 100,000 people; the U.S. has 34.7. Barely a winter flu season goes by without reports of the NHS being stretched close to its breaking point. The government has recently boosted funding to increase capacity, but those additional resources—including more doctors and nurses—don’t appear overnight.

In facing accusations of failing to rise to the coronavirus challenge, Johnson finds himself in the company of his American counterpart. The responses of Johnson and President Donald Trump differ in important ways, however. Whereas Trump has, at times, appeared reluctant to face the inconvenient truths about the coronavirus, the U.K. government has followed the data and deferred to the advice of senior scientific advisors. Indeed, an irony of Johnson’s predicament is that the politician who, as the leader of the campaign for Brexit, was accused of populist disdain for expertise and Britain’s permanent civil service may now suffer for deferring to elite advice. Moreover, rather than revealing a deep-seated authoritarianism that his critics have accused him of possessing, the crisis has demonstrated Johnson’s civil-libertarian instincts. Even as he led a move from mitigation to suppression, Johnson was reluctant to use the law to enforce the kind of social distancing that the government now thinks necessary.

On the fringes of British political Twitter, the government’s approach has been described as “#ToryGenocide.” Some on the Left argue that the reluctance to shut down Britain sooner was driven by “Tory callousness.” But the British government’s real crime is surely one of epistemological overconfidence. You don’t have to be an epidemiologist to appreciate that policymakers in Britain, like those almost everywhere else, are largely flying blind on Covid-19. There still isn’t enough testing to give anyone an especially accurate sense of the virus’s spread, a problem compounded by Covid-19’s incubation period.

The alarming lack of expert consensus on the virus was underscored by the publication of new research by epidemiologists at the University of Oxford on Tuesday. Their model suggests that the coronavirus may already have infected as much as half the British population. Adding to the muddled picture is a revised opinion from the scientist behind the gloomy Imperial College study that precipitated the government’s change in approach. With a lockdown in place, Neil Ferguson now thinks that the U.K. will be able to flatten the curve enough to keep the Covid-19 peak within the country’s ICU capacity. UK deaths from the disease, he now believes, are unlikely to exceed 20,000. This view is at odds with the government’s current set of assumptions about the virus and would mean the human and economic cost of the pandemic will end up being considerably lower than most now think. Prime Minister Johnson’s advisers have been wrong once before. Let’s hope that they are wrong again. But until the range of expert opinion narrows, and ramped up testing gives policymakers a clearer picture of the virus’s spread, suppression appears to be the country’s only option. 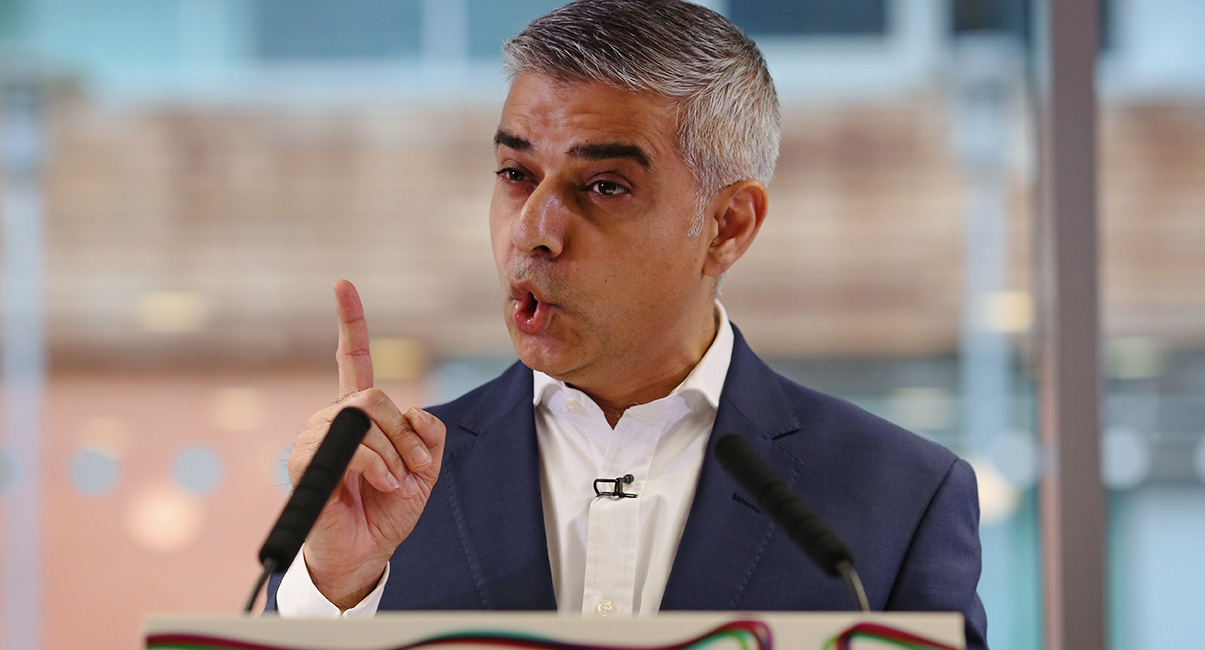 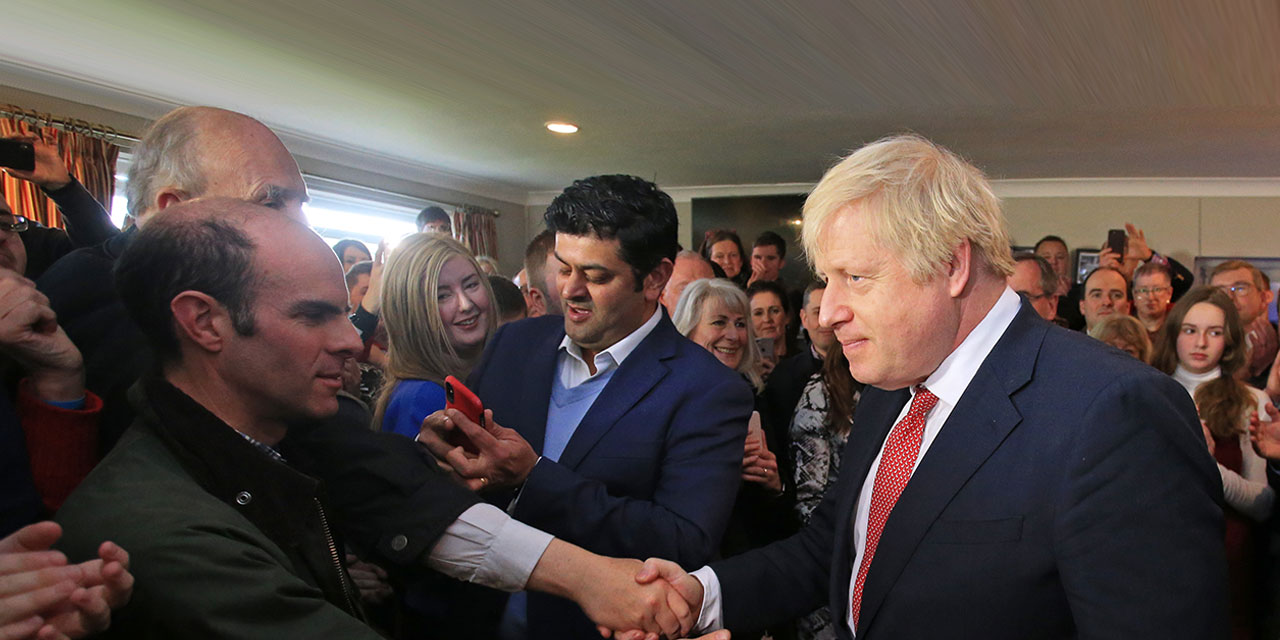 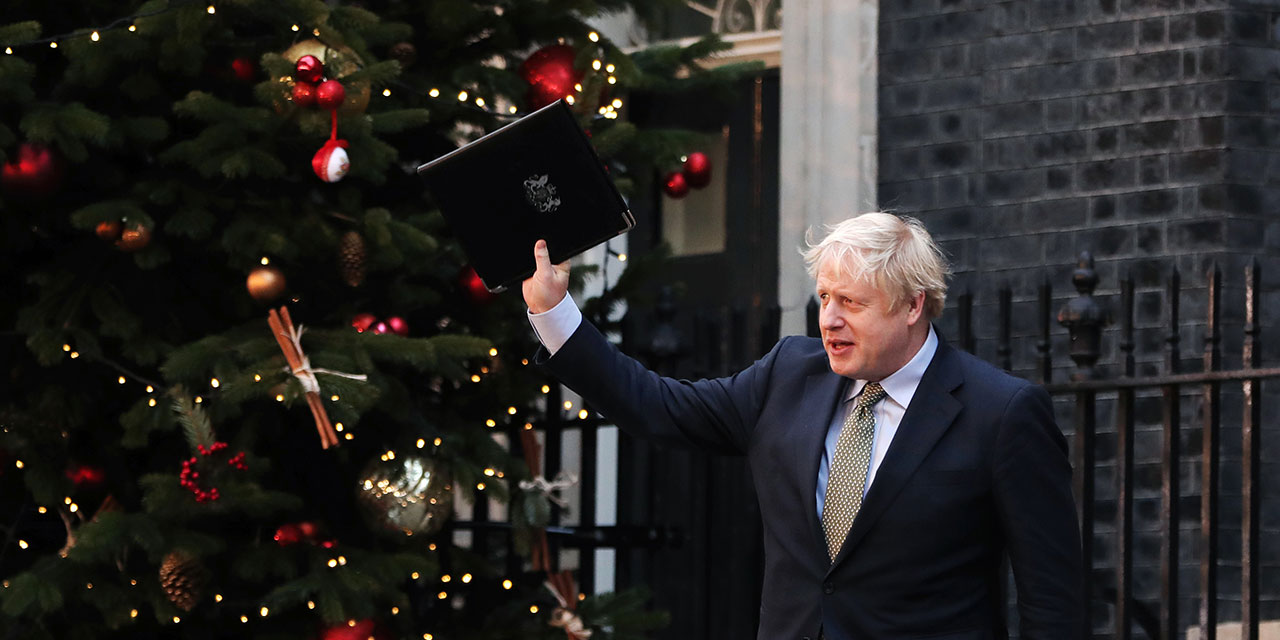