“Any number of federal constitutional and statutory provisions reflect the proposition that, in this country, we determine guilt or innocence individually—rather than collectively, based on one’s identification with some demographic group,” wrote U.S. Appeals Court Judge Raymond Kethledge in a late June opinion. “That principle has not always been perfectly realized in our Nation’s history, but as judges it is one that we take an oath to enforce.”

Kethledge’s words revived a lawsuit filed by an Oberlin College student who claimed that his school had unfairly found him guilty of sexual misconduct. Over a 100-day period this summer, four appeals courts, including the Sixth Circuit in the Oberlin case, issued rulings expressing concerns that universities, however well-intentioned, had discriminated against an accused student on account of his sex, in violation of Title IX. The decisions, applying to 23 states, represent the latest fallout from the 2011 and 2014 federal guidance pressuring colleges to respond aggressively to what the Obama administration considered a national epidemic of campus sexual assault. The recommended procedures, however, too often denied accused students a meaningful chance to defend themselves. Obama administration officials threatened to withdraw federal funding from schools that resisted these directives, “strongly” discouraging cross-examination and urging colleges to handle Title IX cases without a hearing and through a “trauma-informed” approach that presented virtually any behavior as consistent with the accused student’s guilt.

Without recorded dissent from House or Senate Democrats, Democratic presidential nominee Joe Biden has promised to restore the guidance that these summer decisions have resisted. Neither Biden nor any congressional Democrat has acknowledged these recent Appeals Court rulings—nor, for that matter, any of the 189 state or federal rulings favorable to accused students since the 2011 policy change.

This silence might seem to suggest an obvious question to reporters: would Democrats, who have denounced the Trump administration for defying the rule of law, now pressure universities to defy multiple federal court rulings? Such a line of questioning seems unlikely, though, if only because none of the summer’s appellate decisions has received a mention from the New York Times. Or the Washington Post. Or the Los Angeles Times.

This lack of attention is unfortunate, since the Appeals Court decisions illustrate three themes typifying how colleges have mishandled Title IX adjudications. The first is a sense that some cases feature a preordained outcome—an indifference to innocence in situations where a guilty finding would satisfy the campus demand for vigorous prosecution. Oberlin was one such case, as was a case at the University of Arkansas, which led to an Eighth Circuit decision earlier this month. In both incidents, the accused student was found guilty even as the accuser significantly changed her story during the disciplinary process. The Oberlin panel attributed behavior to the accuser that didn’t meet the school’s definition of incapacitation; the Arkansas tribunal failed to find the accusing student incapacitated during the incident itself, or in a way that the accused student could have recognized. No wonder the Eighth Circuit deemed the Arkansas panel’s decision “unexplained.”

The Appeals Court rulings also addressed procedural irregularities that often beset Title IX adjudications as a whole. Ignoring requirements for “fair” procedures under Pennsylvania law, the University of the Sciences, a private institution in Philadelphia, expelled an accused student without a hearing. (In a May 29 decision, the Third Circuit revived the student’s lawsuit.) Arizona State University likewise avoided a hearing for an accused graduate student—even as a professor improperly shared confidential information from the university’s preliminary investigation with other students. (In a July 29 decision, the Ninth Circuit revived the student’s lawsuit.) While Oberlin did permit a hearing, the student’s college-appointed advocate left in the middle of the proceedings, leaving him unrepresented. Soon thereafter, the advisor retweeted his confidence in all sexual assault survivors.

Given the seriousness of sexual assault allegations, it might seem self-evident that universities should employ formal procedures that ensure the rights of both parties. But in the Title IX realm, it has become an article of faith that increased reporting by victims requires a process that shields the complainant from rigorous questioning by the accused student or his lawyer.

Finally, universities were under governmental pressure for allegedly not being tough enough on the accused in previous sexual assault cases and not arbitrating the cases fairly. In such an environment, the Eighth Circuit’s Steven Colloton wondered, “Why wouldn’t it be plausible for [the university] to say, ‘Well, we’ll find more men responsible, and maybe we’ll go light on the punishment to kind of smooth things over?’”

Judge Colloton’s question identified the crucial difference between courtroom and campus processes: a judge or jury cannot have a connection to parties in a criminal or civil case, but the university always has a stake in a Title IX outcome. Sometimes, accused students get favorable treatment, as in high-profile allegations against star football players at Florida State or Louisiana State. Most accused undergraduates, however, aren’t Heisman Trophy winners whose continued enrollment benefits the university financially. Their fate more closely resembles that of the Arkansas student, whose school’s chief interest seemed to be stopping the bad publicity from campus protests. In theory, the new federal Title IX regulations, which require colleges to use fairer procedures, will protect against the injustices identified in the recent appellate decisions. But political, legal, and university opposition to the regulations cloud their future. It may be that federal courts will need to continue to correct campus processes that too often seem indifferent to justice. 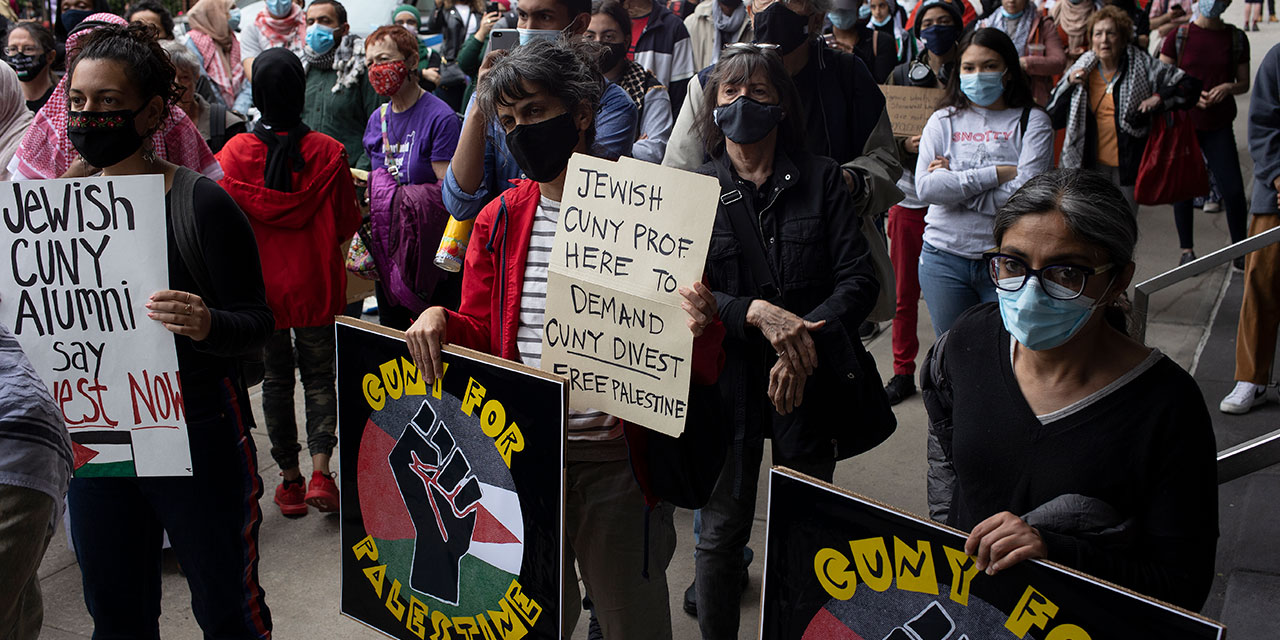 KC Johnson Joe Biden wants to deny accused college students the procedural protections that he demands for himself.

KC Johnson Confronting a sexual-harassment allegation, will the former vice president demand the due-process protections that he previously denied to others?
More on