“All human misfortune comes from one thing alone, that is, not knowing how to be at rest in one’s own room.” So wrote Pascal about diversion. He continues: “From this it follows that human beings so love noise and commotion, as well as the fact that prison is such horrible agony. And from this it follows that the pleasure of solitude is so incomprehensible.” We might respond to Pascal: all the misfortune of Europeans today stems from the fact that they must stay in their rooms. What threatens them is less the virus than inaction; less the risk of falling ill than that of perishing of boredom. With all due respect to Pascal, diversion is essential and futility vital; without these breaks that interrupt daily life, existence would soon resemble a punishment.

How can we organize our days, which until recently were broken up by outings, visits to coffee shops, and the prospect of vacations and trips? To be face to face with one’s spouse and young children can seem like a nightmare for many. Many births— “Covid babies”—and many divorces are foreseeable. Very little separates the sweetness of life together from a kind of servitude. We have learned this strange lesson: love can survive wars, adultery, and conflict, but close confinement . . . not so much. An unbroken flatness of existence is fatal to love.

The pandemic is a trial not experienced by all in the same way. At the top of the hierarchy are tragedy and strife: the sick in recovery, doctors and nurses caring for them and risking their lives every day, exhausted and furious over the shortage of supplies, masks, beds, respirators. Hospital systems are at the breaking point, especially in Southern Europe, which seems more and more like a luxury version of the Third World. Next are the elderly, alone in their retirement homes or assisted-care facilities, abandoned by their families, holed up, waiting to die and statistically slated for departure. Then there is the great number of survivors who have recovered and left the hospitals: we look upon them with envy—they have returned from hell. Next are the workers who keep working to the point of exhaustion, the soldiers and police officers who guarantee our security at their own risk. Next come the countless dramas, impossible burials, bungled funerals, and parents and children separated on different continents.

Finally, the rank and file—you and I, the quarantined masses. But a gulf exists between those families crammed together in 500 square feet, with screaming kids, and well-to-do households who can relax in their 2,000 square feet or enjoy the coming of spring while reading Proust or F. Scott Fitzgerald in their country homes in Brittany or Poitou. We might be reminded of the great division of World War I: at the front, a troop of doctors fighting at the cost of untold sacrifice; in the rear, the masses taking it easy while they grumble and groan. We may all be “at war,” but most of us are in pajamas and slippers, with our Netflix and Hulu.

A little-known nineteenth-century Swiss author, Henri Frédéric Amiel, wrote a monstrous journal of more than 16,000 pages, a monument of absolute emptiness, since each day is characterized by the fact that nothing happens. Obsessively indecisive, he spent his time dreaming of books he might have written and women he had not married. There was only his scrupulously maintained journal to support the illusion of a full life. Frédéric Amiel is our master in these times, for his promotion of the trivial was unsurpassed. His Journal is a paper sanctuary dedicated to a new divinity: the infinitesimal. Moods, anecdotes, digestive and respiratory problems (even then)—all these little nothings in the end make a history. I imagine that we will soon have a profusion of Journals of Confinement bringing us trivia by the truckload raised to the level of epics.

Like Amiel, we find ourselves condemned to the frightening task of merely existing. We live with the vertiginous proximity of a sterile reclusion and a voracious death that every day devours more victims. We oscillate between being carefree and panicking, feeling guilty for being healthy and at home while around us the sick are succumbing as the reaper does his grim work. Each of our days is a colossal encyclopedia of nothingness, with the certainty that taking a shower, making a meal, getting some exercise, moving our armchair, or calling some friends to reassure them will constitute the only significant events. Intimations come to us that we might become heroes of extinction such as Oblomov, the famous character of Russian literature who deploys an enormous inertia in refusing to get up in the morning and just staying in bed. The larval life is a kind of asceticism, an answer to hysterical consumerism or romanticism. Sixty-seven million Frenchmen are being asked to make themselves into extremists of routine, for their own good. Our disarmed humanity is left at the mercy of some spittle.

“Goodbye, monsieur, let’s stand together,” a shopkeeper said to me. Stand together? Either the words have no meaning, or they are truly ill-chosen. We are asked instead to stand apart, solitary, to avoid the slightest contact. In the jargon of today, to demonstrate altruism is to manifest an overpowering egoism. To stay at home, respecting a safe distance, wearing a mask or bandana over the mouth, watching out for the slightest silhouette in a deserted street and avoiding it like the plague—is this standing together? Covid-19 brings to light the two personalities that live in us: the paranoid and the hypochondriac. The first distrusts others, the second distrusts itself. In our body resides an enemy that can level us at any moment. You are right to be afraid! Civic virtue now consists in putting oneself first. To go out to buy bread is the equivalent of an expedition on the Amazon amid rapids and snakes. Merchants give you change with a baleful look. You had better not cough or sniffle: the crowd will turn on you, ready to lynch you. Simply to open the door of one’s house or apartment presents a major danger.

“Can you lend me your dog? I’ll rent him from you for an hour.” What wouldn’t we do to kill the monotony, for a reason to walk down these lifeless avenues where the only sound is the echo of our steps? The silence of Paris at night is frightening. Not even an airplane breaks the monotony; no car sounds its horn. And the contrast between nature at a time of exploding, blossoming colors and the drawn faces of passersby is stupefying.

This is a world of opaque egoism, where people pass one another without speaking. It’s like a theater of the absurd or the avant-garde films of the 1970s, where cultivated young people endlessly discuss the incommunicability of beings. All things considered, we may as well be watching real disaster movies—The Day After, Contagion, or The Road, where every person who appears on the horizon is a potential killer. Paris, like Rome or Madrid, has become the set of a horror film, but your monster is your neighbor, and you are his.

One might say that our time has created the sickness that reflects it. Just yesterday, we feared the stranger; now we dread the renter on our floor. We have gone from agoraphobia—the fear of open, borderless spaces without guard rails—to claustrophobia, the feeling of being incarcerated in one’s own home. Now the world is more present to itself than ever. For the first time, we are contemporaries of our contemporaries in real time, in Iran or Argentina as in Korea. Globalization by pandemic has replaced globalization by trade.

Let’s maintain some perspective: this is not the Black Plague, nor the Nazi occupation, and still less the situation of a hostage captured by terrorists. But it is our present challenge, and it is unprecedented. It is not up to us to conquer this illness, but at most just to slow its spread. Our part, instead, is to rise to the occasion, whatever happens. Every day is a discreet battle against doubt and discouragement. It is important in exceptional times not to let oneself go, but to carry on “as if”—to dress as if social life continued, to tidy up the house as if guests were expected, to decorate rooms, prepare delicious dinners—in a word, to carry on.

We are not equal in the face of boredom. Some defeat it by perpetual distractions; others use it to dive into a fertile reverie—these are the aristocrats of the interior life. This aristocracy is in principle open to all, being independent of riches and of birth. It consists in a mental hygiene that orders us to find within ourselves the resources needed to survive. The perception of time has changed; it is no longer oriented toward a goal but toward our improbable deliverance. There is no longer any Sunday or Monday; each day is a single day that resembles all the others in a perpetual present. What threatens us, as much as illness, is the specter of dissolution, the tempest of languid hours. Each of us deploys a thousand ruses in order to escape monotony: some transform their living room into a gym, their driveway into a running track, and move their bed into the hallway just for a change. Others exchange poems, or songs. We even hear of couples making love on the balcony to defy propriety, while across the street, music lovers improvise arias. Ingenious competitions take place, thanks to the telephone or video-streaming. A thousand jokes circulate online, including some that, we must admit, reveal a touch of nonsensical genius. Historians will tell us later how populations developed a mental immunity against fear, or how they built for themselves an interior fortress in order to repress sadness and allow the entry only of beauty, talent, humor, the unusual, and testimonies of love and friendship. And so we find ourselves, in our seclusion, forced to craft an art of living, to transform confinement into freedom. Our calamity is also an opportunity.

Pascal Bruckner is a French philosopher and author of many books, including The Fanaticism of the Apocalypse. His article was translated by Alexis Cornel. 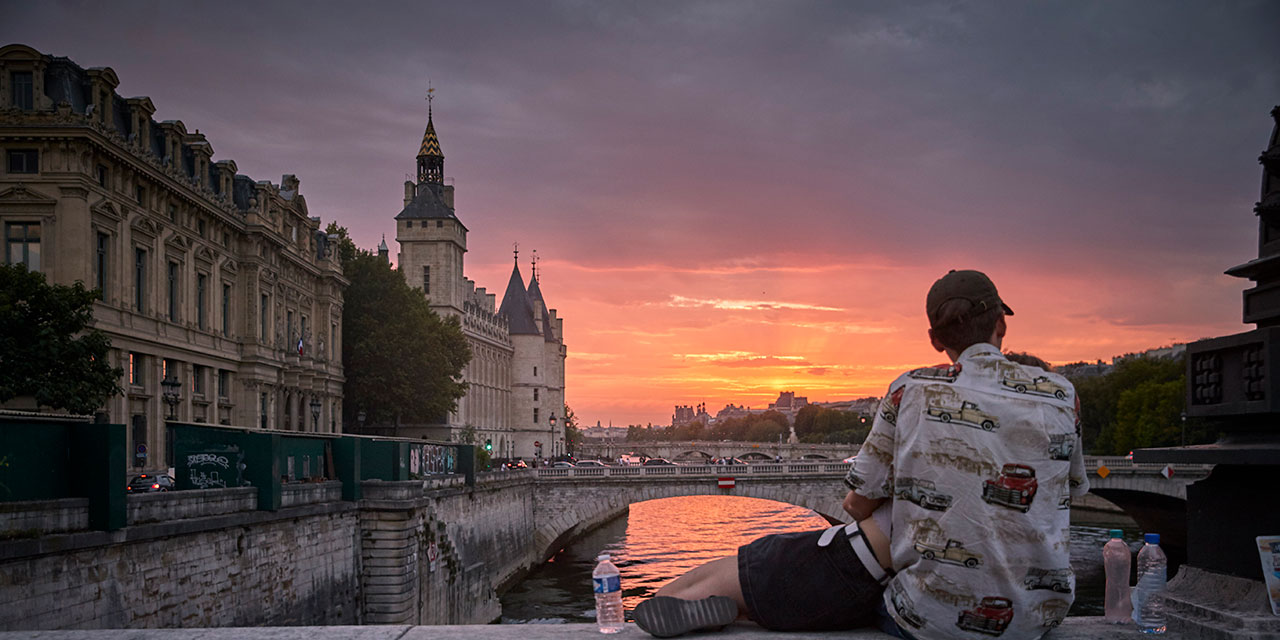 Eros and Thanatos, Both Masked 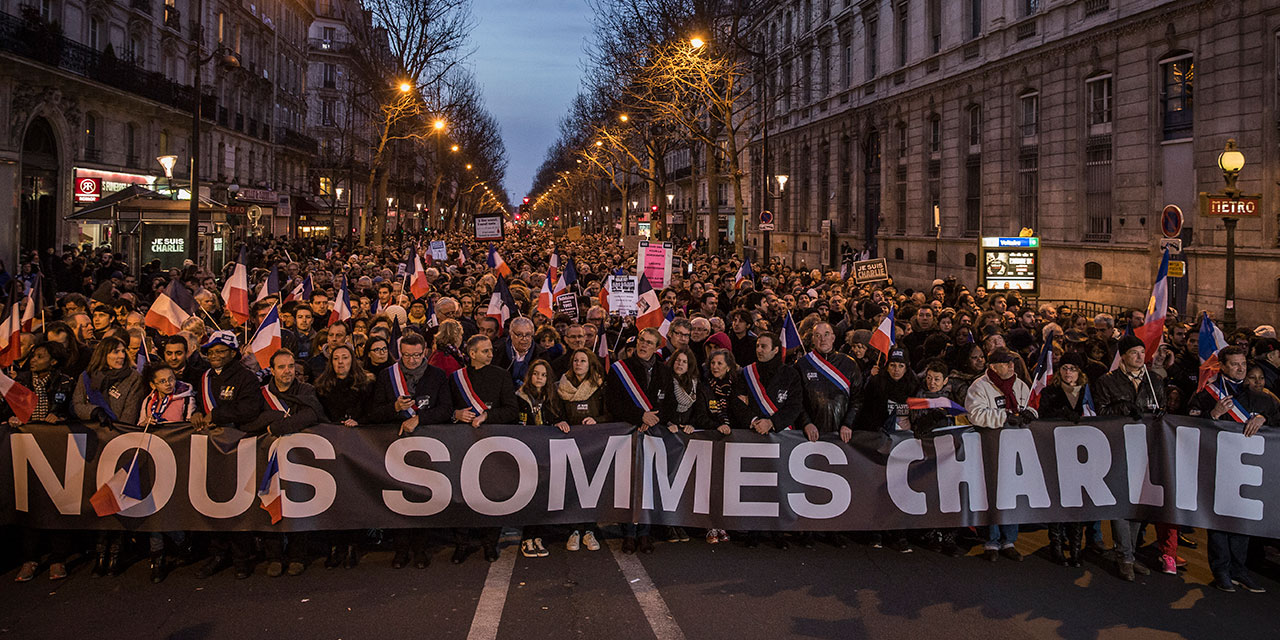 Europe and Its Enemies

Pascal Bruckner Will the challenge of new adversaries galvanize the Continent?
More on