Deaths of Despair and the Future of Capitalism, by Anne Case and Angus Deaton (Princeton University Press, 312 pp., $27.95)

In Deaths of Despair and the Future of Capitalism, Princeton professors Anne Case and Angus Deaton address the economic forces affecting less-educated American whites. Their analysis admirably deviates from academic consensus by acknowledging the substantive demands underlying today’s populist movements. The authors attempt, moreover, to present both sides of economic arguments. What’s missing, though, is recognition that the Trump administration, in many respects, is implementing meaningful policy solutions to address these issues. (I should note here that Professor Case taught one of my favorite courses in college.)

As Case and Deaton note, the white working class has had a tough economic run. Income grows only modestly with age, and younger Americans lacking high educational attainment now earn less than previous generations did. Fewer of them are getting married. Less-educated whites are also among the least civically engaged of all demographic groups. By contrast, for college-educated workers, marriage and civic engagement remain norms. They have higher incomes that grow more rapidly compared with those of the less educated—and with those of preceding generations.

Some scholars argue that the best measures show improving living standards across the board. Medicine and other technologies have undoubtedly improved human life and health, even for those less well-off. And yet an increasing proportion of the white working class group expresses unhappiness with their lives. One result is more suicides and drug overdoses—hence the compelling title of this book.

To some degree, deaths of despair rely on laws of demand. “Suicide is more likely when the means of death are easily available,” the authors observe. Reviewing the history of opium addiction in China, they acknowledge that the middle class took up the habit after opium became cheaper. They also attribute higher rates of heroin use among U.S. soldiers in Vietnam to the fact that “the drugs were . . . extraordinarily cheap” in that country. They believe that the subsequent high rates of recovery among veterans was because the drugs weren’t so cheap back home.

Case and Deaton fail to follow their own advice to look at “all the numbers,” however, or to consider the role of government intervention in opioid use and abuse. They offer no table or chart showing trends for the prices of dangerous drugs, such as heroin, fentanyl, or prescription opioids. In the past, prescription opioids cost five times what they do now—but that began to change in 2006, with a massive subsidy that came with a new Medicare “Part D” prescription drug program. Now that heroin, an illegal opioid, is mixed with the even more potent fentanyl, it’s also about five times cheaper than it was before. If the law of demand is any guide, the price changes by themselves would result in more drug overdoses over time.

Case and Deaton do refer to “a story of supply,” but rather than a quantitative analysis of prices or subsidies, they emphasize “misbehavior” by drug companies, hospitals, and physicians that were prescribing and delivering opioids to so many more patients. They don’t mention that in the early 2000s, the federal government began imposing substantial financial penalties on hospitals and physicians seen as inadequately treating patient pain. As one study noted, this left “well-meaning professionals with the unsavory choice of prescribing opioids or facing dissatisfaction from disappointed patients.”

The law of demand is absent from their discussion of how policy might help reverse the opioid epidemic, though they acknowledge that the late Soviet Union’s war on alcohol resulted in high alcohol prices, “rapid decreases in mortality from alcohol-related causes,” and “improvements in life expectancy.” Could a war on heroin and fentanyl, or some policy that made opioids more expensive, have similar effects in the U.S.? They don’t pose these questions.

In 2013, elites were happy to see President Barack Obama and his attorney general, Eric Holder, begin to “end the war on drugs.” The number of people in federal prison, especially for nonviolent drug offenses, fell sharply after increasing for 33 consecutive years. But prior to 2013, U.S. law enforcement successfully drove illegal fentanyl out of U.S. drug markets. Just months after Obama and Holder changed federal policy, illicitly manufactured opioids like fentanyl became cheaper and more common. The opioid epidemic was quickly elevated to an even higher level—especially in less-educated communities.

Raising the price of opioids would curtail deaths of despair, but it wouldn’t do much to change the low wages, low marriage rates, and minimal civic engagement among less-educated whites. This is why I was glad to see that the second half of Deaths of Despair seeks to explain why the economies of working-class communities have stagnated, even if that analysis distracts from more significant factors driving drug overdoses. The labor market is distorted, they say, especially due to reduced “bargaining power.” They want the buyers of labor (employers) to increase competition, but—in a contradiction they don’t seem to notice—also want the buyers of health care to compete less by putting everyone into a “single-payer” program.

Product markets are distorted, too. Less-educated families overpay for much of what they buy due to lack of competition among the sellers of everyday products. The leading, but not exclusive, markets suffering from excess monopoly power are health care, telecommunications, and automobiles. The lack of competition props up the incomes of more educated people, the authors maintain, at the expense of those with less.

Considering these economic circumstances, the authors conclude that the “election of Donald Trump is understandable . . . but it is a gesture of frustration and rage that will make things worse, not better.” They don’t explain why, and they’re remarkably silent on the agenda of the first populist American president in generations. Trump’s former attorney general, Jeff Sessions, reversed the Obama-Holder policy of looking the other way from nonviolent drug offenses. Trump also insisted, over the objections of the Centers for Medicare & Medicaid Services, on the termination of hospitals’ financial incentives for over-prescribing opioids. Perhaps it’s no coincidence that 2018 and 2019 were the first years in decades that saw no increase in the rate of death by opioid overdose. (This year will be different due to the effects of the pandemic and changes in local policing on both opioid supply and demand).

Case and Deaton also fail to mention that, like them, Trump has railed against monopoly power in health care. In 2017, he issued an executive order directing the Departments of Treasury, Labor, and Health and Human Services to remove regulations that limited choice and competition. His administration’s “Choice and Competition” report proposed to remove regulations that inhibited choice and competition for health insurance, hospitals, doctors, nurses, prescription drugs, and much more. Some of these proposals have been put into action, as with the removal of entry barriers in the manufacture of generic prescription drugs in 2017. The stock of at least one of the monopoly manufacturers crashed that summer, with industry analysts citing “greater competition as a result of an increase in generic drug approvals by the U.S. FDA.” The consumer price index for retail prescription drugs subsequently fell for the first time in 46 years. Another example is Florida’s rolling back of regulations protecting incumbent hospitals from competition.

Trump also removed regulations propping up the incomes of trial lawyers, automobile manufacturers, and Internet-service companies. When Trump and the GOP-controlled Congress finalized Internet deregulation, the consumer price for online services fell so sharply that the Federal Reserve chairwoman noted the remarkable effect of telecommunication pricing in terms of easing aggregate inflation. Trump is also the leading opponent of attempts to raise energy prices in the name of “green energy.” He even took a swipe at labor-market monopsony—lack of competition among employers—by allowing small-franchisee employers to compete against their franchiser corporation. (Obama had required the franchisees and franchiser to act as a single employer.)

Trump’s deregulatory agenda has disproportionately benefited families with below-average incomes. Strangely, Case and Deaton seem not to recognize that the current president not only agrees that socialism is not the solution but is also implementing a policy agenda that resembles recommendations they make in their book.

Casey B. Mulligan, Professor of Economics at the University of Chicago, served as Chief Economist of the White House Council of Economic Advisers from 2018 to 2019. His new book, You’re Hired! Untold Successes and Failures of a Populist President, explains how federal policies from both parties have helped fuel the opioid epidemic. 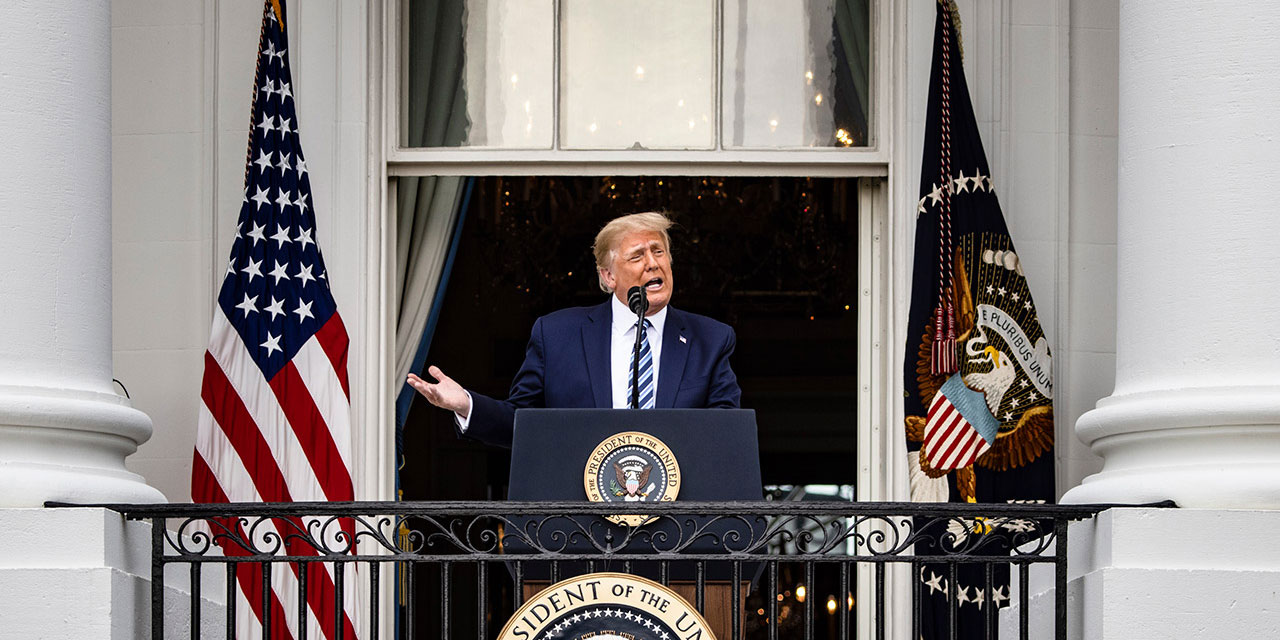 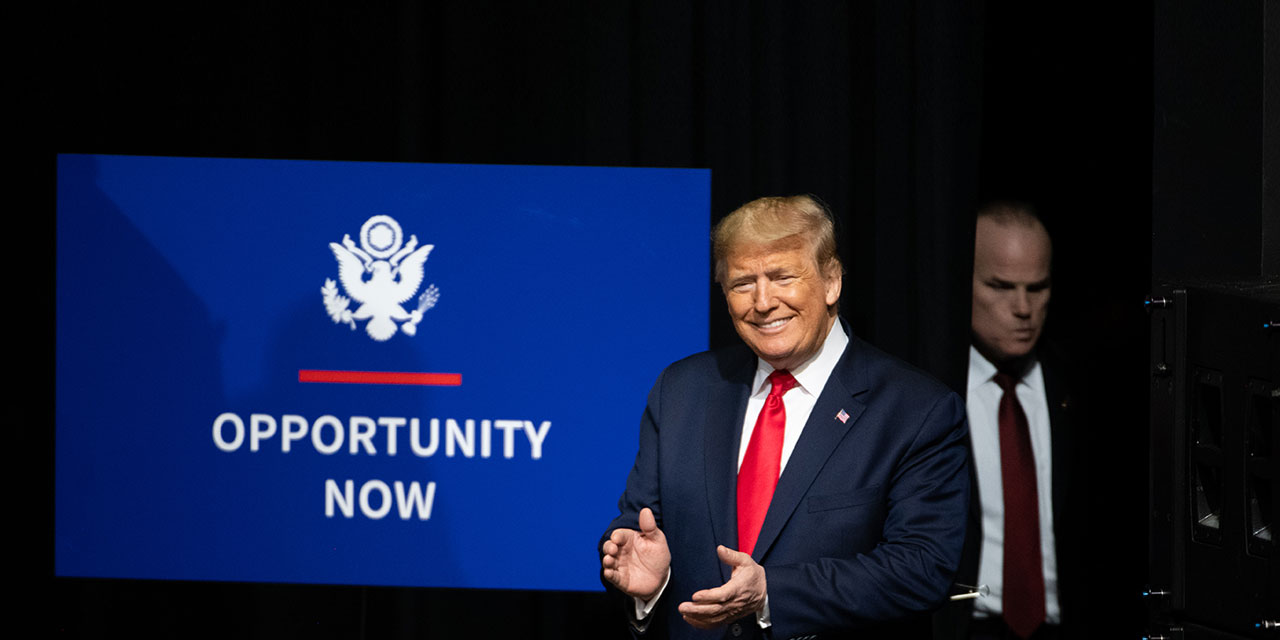 Casey B. Mulligan The president’s rollback of onerous regulations has helped low-income Americans. 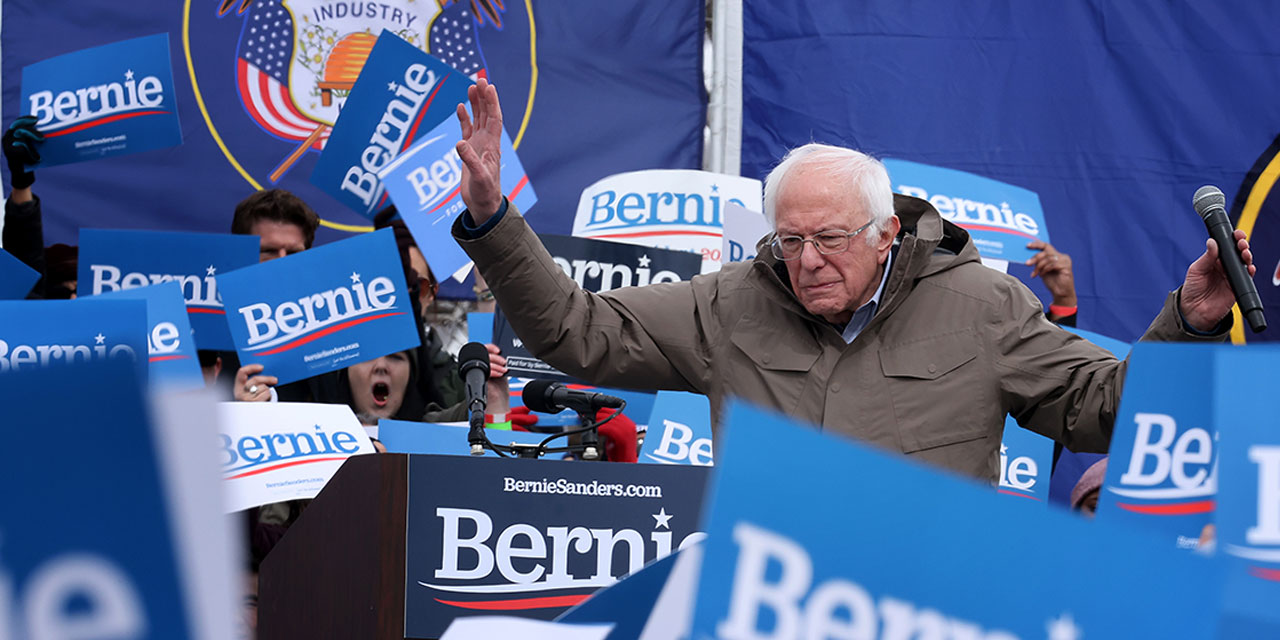