There is one sense in which the 1619 Project’s attempt to rewrite U.S. history in the image of slavery is right: America’s founding was like nothing else seen in the history of human societies. But not because of slavery. Instead, it was because the American republic modeled itself on the Scientific Revolution of the seventeenth century by trying to find a natural order in human politics, rather than fall back upon the artificial and irrational hierarchies that governed how the ancients had understood both the physical and political universes. Our Declaration of Independence stated as a self-evident truth of nature that “all men are created equal”; our Constitution prohibited all titles of nobility and required virtually all offices to be matters of public election rather than inheritance or class. The American republic would be a theater of those who, like Abraham Lincoln and Frederick Douglass, could be “self-made men,” and the solutions to the problems of their day would be generated by a host of voluntary associations, working from the bottom up, rather than through government, from the top down.

Yet, nature is not always kind or predictable, and neither is the path of the republic. The temptation has always existed to slide back into the comfortable abyss of hierarchy, whether it be the racial hierarchy of slaveholders in the Civil War or the newer hierarchies of bureaucracy and socialism. It is that temptation to backsliding which the 1619 Project wants to insist is the real story; but this is like taking the stage crew out from behind the curtain and insisting that they’re the real musical.

So, let us speak of slavery. The American republic inherited slavery from the British empire, in much the same way that it inherited its fiscal poverty, its lack of manufacturing capability, and its primitive infrastructure. We expected to overcome all of these in time. And we would have dealt the same way with slavery, too. At the Constitutional Convention in 1787, Gouverneur Morris attacked slavery wholesale as “a nefarious institution” which had “the curse of heaven . . . where it prevailed.” But the expectation of the Founders was that slavery was a dying institution. So, the Convention turned a blind eye to slavery, even as it insisted that turning that blind eye was not meant, as James Madison said, “to admit in the Constitution the idea that there could be property in men.”

They were, of course, wrong. The explosion of Britain’s Industrial Revolution, built on the production of cotton textiles and the invention of the cotton gin, turned slave-based cotton agriculture into a roaring inferno of profitability. Profitability first erased shame and then stimulated angry self-justifications; and instead of painlessly winking out, slavery had to be exterminated by the force of civil war before it could strangle the life of the republic itself. Even then, we botched the eradication of slavery’s racial legacy through a badly designed Reconstruction. We have paid the price for that ever since.

This is not, however, the story told by the so-called 1619 Project. Designed largely by journalist Nikole Hannah-Jones and members of the New York Times editorial staff, the 1619 Project aspires—through essays, poems, and short fiction—to rewrite entirely the narrative of American slavery, not as an unwilling inheritance of British colonialism but as the love-object of American capitalism from its very origins. It reviews slavery not as a blemish that the Founders grudgingly tolerated with the understanding that it must soon evaporate, but as the prize that the Constitution went out of its way to secure and protect. The Times presents slavery not as a regrettable chapter in the distant past, but as the living, breathing pattern upon which all American social life is based, world without end.

The 1619 Project is not history: it is polemic, born in the imaginations of those whose primary target is capitalism itself and who hope to tarnish capitalism by associating it with slavery. Slavery made cotton profitable; but profitability is not capitalism. Profit-seeking has been around since Abraham bought the cave at Machpelah in the book of Genesis. If profitability were capitalism, then the Soviet Union’s highly profitable sales of natural gas and other commodities would surely make it one of the great success stories of capitalism – which, of course, it was not. Ask any worthwhile Marxist: capitalism is about the creation of class, and especially the bourgeoisie. And one thing the South never developed was a bourgeoisie. Which is why no single American, North or South, before 1861 ever imagined that slavery and capitalism were anything but mortal enemies. The proslavery apologist, George Fitzhugh, frankly declared that slavery was a form, not of capitalism, but feudal socialism; the antislavery president, Abraham Lincoln, explained the war on slavery as a war on behalf of free labor.

The 1619 Project commits, moreover, the Supply Chain Fallacy—that slavery was necessary for capitalism and as a result inhabits every level of capitalism’s subsequent development. This is the same reasoning that suggests that if a scientist receives a grant from the National Science Foundation for research, the result of the research is a production of the government. As economic historian Deirdre McCloskey comments, “It’s a legal way of thinking, not economic.” And not much in the way of historical thinking, either.

Again: the 1619 Project is not history; it is conspiracy theory. And like all conspiracy theories, the 1619 Project announces with a eureka! that it has acquired the explanation to everything, and thus gives an aggrieved audience a sense that finally it is in control, through its understanding of the real cause of its unhappiness. But historians—and most journalists—know that human experience is multivalent, contingent, and contradictory. And it bodes ill for the 1619 Project that while conspiracy theories arouse tidal waves of attention in their first unveiling, they also—like the Grassy Knoll or the Blood Libel—wear out quickly, because their ability to explain everything usually ends up explaining nothing.

And again: the 1619 Project is not history; it is ignorance. It claims that the American Revolution was staged to protect slavery, though it never once occurs to the Project to ask, in that case, why the British West Indies (which had a far larger and infinitely more malignant slave system than the 13 American colonies) never joined us in that revolution. It claims that the Constitution’s three-fifths clause was designed by the Founders as the keystone that would keep the slave states in power, though the 1619 Project seems not to have noticed that at the time of the Constitutional Convention, all of the states were slave states (save only Massachusetts), so that the three-fifths clause could not have been intended to confer such a mysterious power on slavery unless the Founders had come to the Convention equipped with crystal balls. It behaves as though the Civil War never happened, that the slaves somehow freed themselves, and that a white president never put weapons into the hands of black men and bid them kill rebels who had taken up arms in defense of bondage. The 1619 Project forgets, in other words, that there was an 1863 Project, and that its name was emancipation.

Finally: the 1619 Project is not history; it is evangelism, but evangelism for a gospel of disenchantment whose ultimate purpose is the hollowing out of the meaning of freedom, so that every defense of freedom drops nervously from the hands of people who have been made too ashamed to defend it. No nation can live without a history, and no free nation can flourish without a history that affirms—in Ralph Waldo Emerson’s words in 1856—“that the evil eye can wither, that the heart’s blessing can heal; that love can exalt talent” and “overcome all odds.” What the 1619 Project offers instead is bitterness, fragility, and intellectual corruption—not history.

It is the bitterest of ironies that the 1619 Project dispenses this malediction from the chair of ultimate cultural privilege in America, because in no human society has an enslaved people suddenly found itself vaulted into positions of such privilege, and with the consent—even the approbation—of those who were once the enslavers. The 156 years since emancipation are less than a second on human history’s long clock, so that such a transformation is more in the nature of a miracle to be celebrated than a failure to be deplored for any seeming slowness. It is a miracle Frederick Douglass celebrated; it is a miracle Sergeant William Carney celebrated on the ramparts of Fort Wagner; it is a miracle Dorie Miller and the Tuskegee Airmen celebrated; and it is a miracle Colin Powell and Ben Carson have celebrated. Why not the 1619 Project?

Allen C. Guelzo is the Senior Research Scholar in the Council of the Humanities and Director of the James Madison Program’s Initiative in Politics and Statesmanship at Princeton University and the author of Abraham Lincoln: Redeemer President and other books. 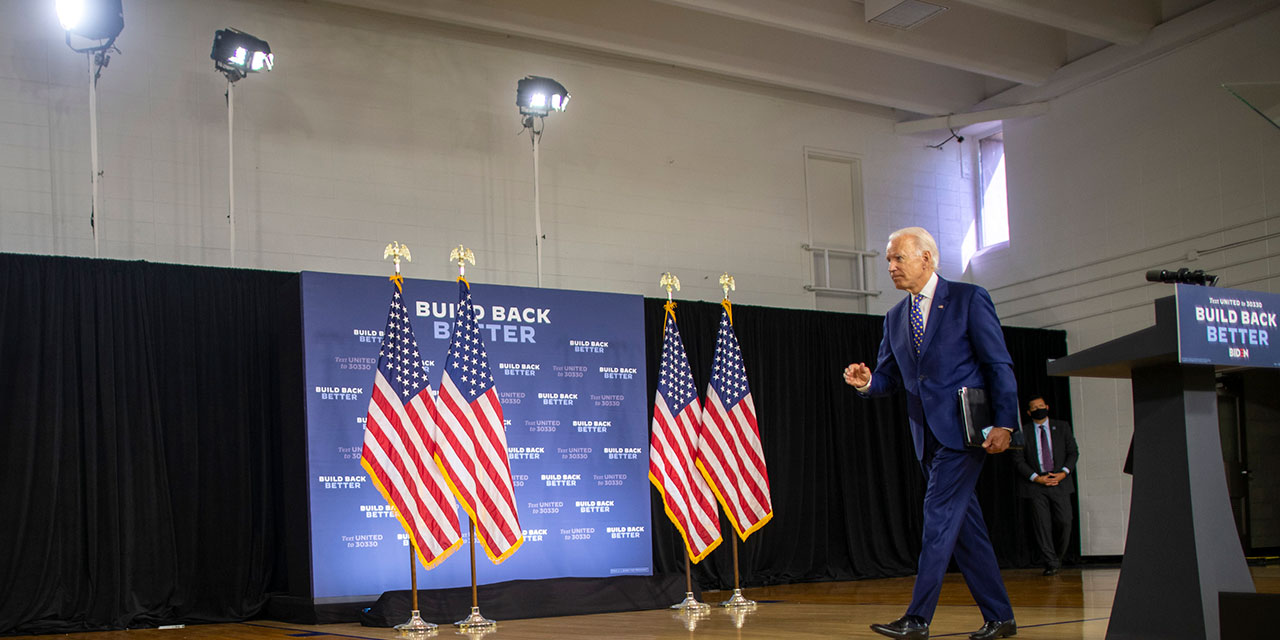 Allen C. Guelzo Joe Biden’s home state of Delaware is sluggish, out of balance, and in decline. 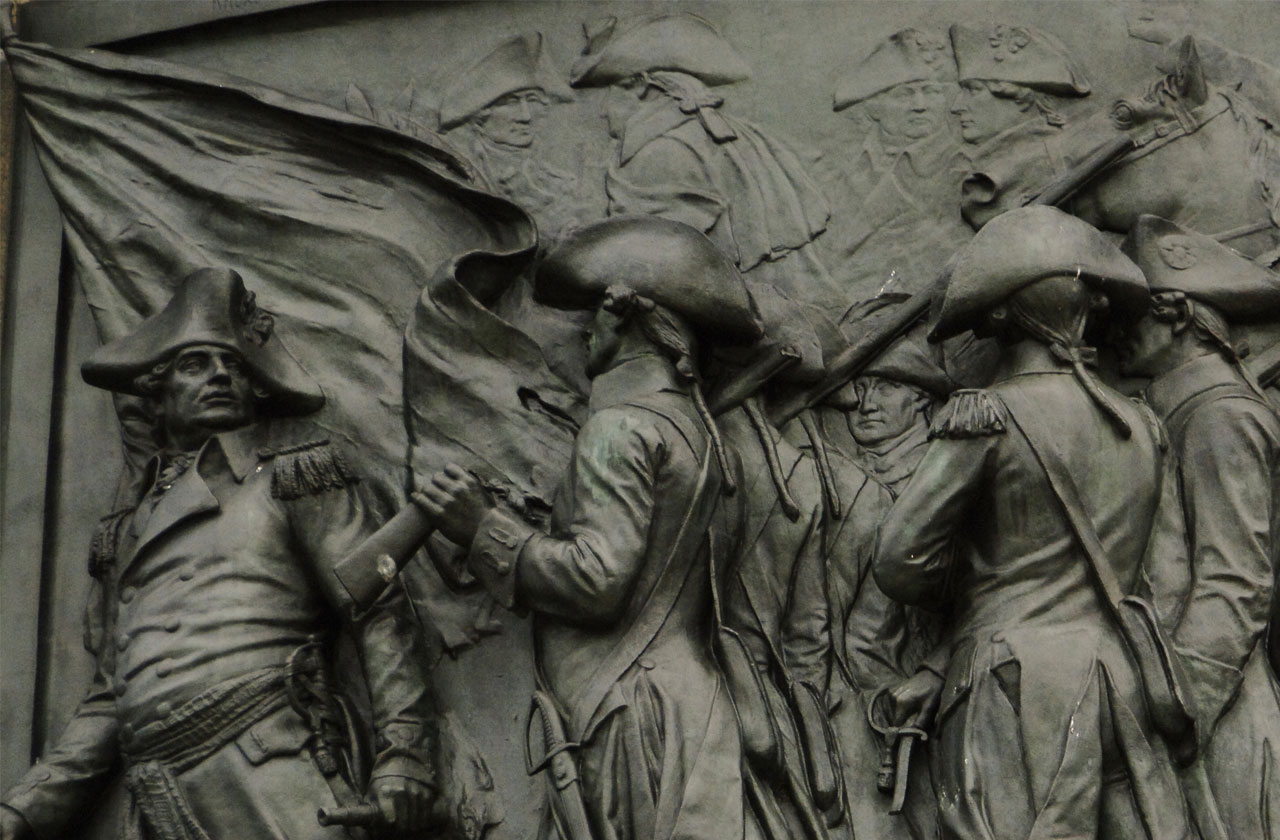 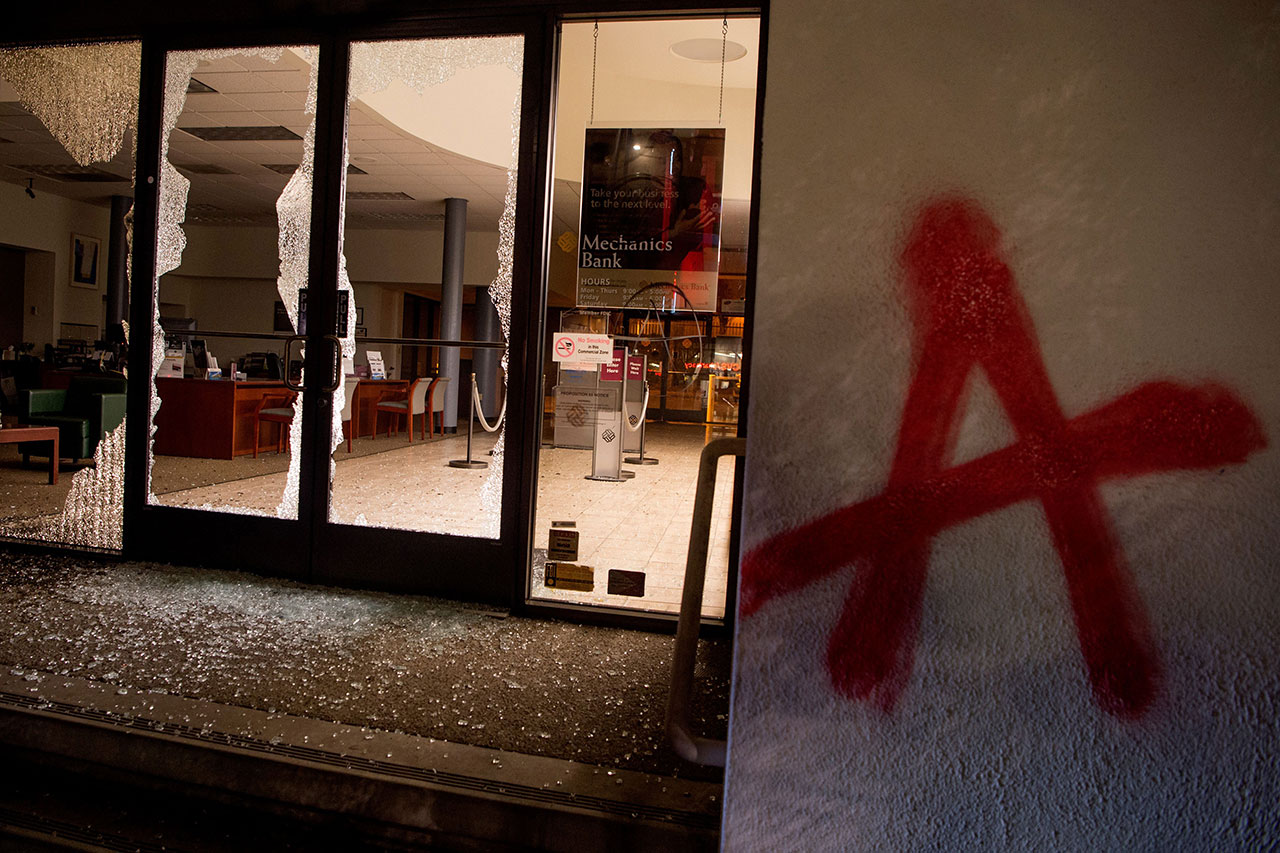