With immigration reform back in the news, everyone seems to assume that any new system of admitting immigrants would be administered by Washington. It’s not too late, though, for Congress to consider a more federalist approach. State and local governments, the authorities best positioned to understand their own needs and capacities, should have a greater say in directing the flow of immigration.

To that end, Washington could let states sponsor regional visas. Like H-1B employment visas, regional visas would last three years and could be extended to six years. The visas would be “dual-intent,” meaning that holders could apply for permanent residency (and eventually citizenship). The states would sponsor these visas according to their own economic needs, reserving the right to require visa holders to live in specific cities or regions. Visa holders would have to find full-time employment and remain in good standing under American law. They would be free to bring dependents for the duration of their time in the United States.

The promise of a path to citizenship would make the regional restriction almost entirely self-enforcing: few visa holders would risk losing their citizenship opportunity by moving to another region. States might also encourage compliance by requiring every regional visa holder to purchase a primary residence. A home-purchase condition could be particularly useful in regions or cities, such as Detroit, that are experiencing net outmigration and have large inventories of vacant homes. A regional visa with a home-purchase requirement would bear some resemblance to the EB-5 visa, which offers immediate residency and green cards to wealthy international businesspeople who invest at least $1 million in an American company (or at least $500,000 in certain distressed areas). Though the home-purchase condition would require a much smaller investment, regional visa holders would face a longer path to residency than EB-5 visa holders do.

Regional visas would offer substantial improvements over employment-based visas, such as the H-1B visa for specialty occupations and the H-2A visa for temporary agricultural workers. These visas tie the holder to a single employer. Regional visas, by contrast, would allow holders to seek opportunities throughout regional labor markets, making those markets more efficient. The visas would also enhance the quality and depth of states’ labor pools, which would, in turn, attract businesses, generate jobs and economic growth, and expand the local tax base. And though the visas would offer a hand up to economically struggling regions, they would also give local governments an incentive to make themselves attractive to potential residents by proving that their communities are safe, economically dynamic, and well governed.

Similar policies have worked elsewhere. Under Canada’s successful Provincial Nominee Program, for instance, the provinces, not the federal government, determine which immigrants to admit. It’s time for the United States to follow suit.

Brandon Fuller is a research scholar and deputy director at the NYU Stern Urbanization Project. Sean Rust is a Law and Public Policy Scholar at Temple University’s Beasley School of Law. 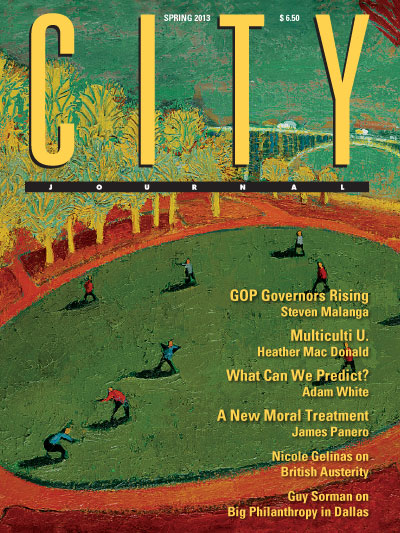