Swept into office in the wake of term limits, Gotham’s new City Council has quickly gained a reputation as a zany left-wing body, filled with low-wattage first-time legislators intent on making their “progressive” mark on New York. In just their first 12 months, self-important council members debated Middle East policy, produced a resolution against the war in Iraq, raised taxes, and proposed a blizzard of new laws to reshape New York City. And unfortunately, the council was just warming up.

Well into their second year, council members have now proposed a raft of new laws, some of them, like the City Council itself, unintentionally funny, and even more of them in varying degrees damaging to the city’s future should they actually become law. The legislation reflects the prevailing council view that city government should micromanage every aspect of life in New York, even as Gotham battles truly significant problems like terrorism and a deep budget crisis. Here is a sampler of ten of the most foolish proposed laws currently percolating in council chambers:

1. The council often seems to think that New Yorkers are unsophisticated rubes, continually fleeced by crafty and unethical businesses. In this spirit, Bill 375—sponsored by 14 members, including former Wall Street lawyer David Weprin—would force movie theaters to place the price of tickets in every ad they run. Strangely singling out theaters among the thousands of businesses that advertise in the city, the legislation implies that New Yorkers regularly find themselves inside movie theaters after unknowingly paying extravagant sums of money for a ticket. Has this ever happened to anyone?

2. Apparently unaware that Europe’s long experiment with interference in labor markets has resulted in zero job growth for decades, 11 members have sponsored Bill 379, which would require the owner of a supermarket (or the store’s landlord) to give a two-month notice before the store could close. The bill also requires the owner or landlord to advertise the closing in at least three community newspapers for no less than 14 days. The clueless council members don’t say where a failing supermarket might get the money to pay employees and vendors for up to two months or to take out dozens of ads.

3. Bill 402, co-sponsored by 13 members, mandates that the city use “drought-resistant trees and vegetation” in all public landscaping projects. For this, New York needs a law? The council usefully defines trees as “all forms of plants having permanent woody self-supporting trunks.” Thanks.

4. Bill 380, sponsored by 12 members, including the Upper West Side’s Gale Brewer, seeks to strike a blow for pet owners. This amending of current city law says that if a tenant “openly and notoriously” harbors a household pet in violation of his lease and the building owner does not attempt to remove the pet within three months, the tenant would then have a right to keep that pet forevermore in the apartment. The law also stipulates that no one who is 62 or older can be denied an apartment anywhere in the city for having a pet. In other words, for seniors, there no longer would be such a thing as a pet-free apartment building in New York City. As for those who might want to live in a pet-free building, too bad.

5. Bill 362, co-sponsored by 14 members, including former union rep Robert Jackson, seeks to protect New Yorkers from the horrors of synthesized music. The law declares that substituting “pre-recorded or otherwise manufactured music for live music” can sometimes result in “disappointment” among audiences. Events using canned music, it goes on to say, would now be forced to disclose this fact to the public in ads. Reading this proposal, you’d think that there must have been mass protests at City Hall over Broadway lip-synching. But since there haven’t been any such protests, this pesky law should be seen for what it is: a gift to musician and stagehand unions in New York.

6. When the new council micromanages, it does so to the inch. Bill 361, sponsored by Deputy Majority Leader Bill Perkins of Harlem, mandates that dogs in city parks should be on leashes “not more than six feet long.” So much for those 16-foot retractable dog leashes so popular among dog walkers these days.

7. Bill 438, sponsored by six members, including former Black Panther Charles Barron, would force the Landmark Preservation Commission to determine if “activities relating to slavery or any slavery-related business were conducted” on any site before the commission declared it a landmark. This law is merely an attempt to get a city agency to do work in support of a destructive slavery-reparations bill—proposed by many of the same members—that would penalize businesses that in any way profited from slavery during the country’s early history.

8. Extremely and fashionably eco-conscious, 17 members have co-sponsored Bill 392, requiring a two-cent deposit on every battery sold in New York City. The legislation further declares that companies must emboss the batteries they retail in New York with the deposit value and the letters “NYC.” That’s a quarter of a billion batteries a year the council is expecting to keep track of.

9. No fewer than 22 council members, including Staten Island’s Michael McMahon, have sponsored Bill 386, directing the city to consider secession from New York State to form Greater New York. I’m sure the rest of the country can’t wait to welcome Greater New York as its 51st state, especially since the City Council would then become a state legislature—and possibly a nursery of U.S. senators and congressmen.

10. The most disturbing proposal, however, has to be Bill 449, amending the city charter to make the position of City Council member a full-time job. Normally, requiring legislators to be full time can have its virtues, such as eliminating potential conflicts of interest with their other jobs. But in New York, so many council members have come up through public employee unions or social services agencies that rely on government money that they see the world through government-funded spectacles anyway. Having them serve full time won’t change their loyalties; it will only allow them to cause more mischief. Council members clearly have way too much time on their hands already, so most New Yorkers will greet the prospect of a full-time council with groans.

Given the council’s leftist tilt and its increasingly destructive track record, some of this ill-conceived legislation could actually become law. And then it won’t be so funny.

Steven Malanga Democrats press Biden to reinstate a tax break for the wealthy.
More on 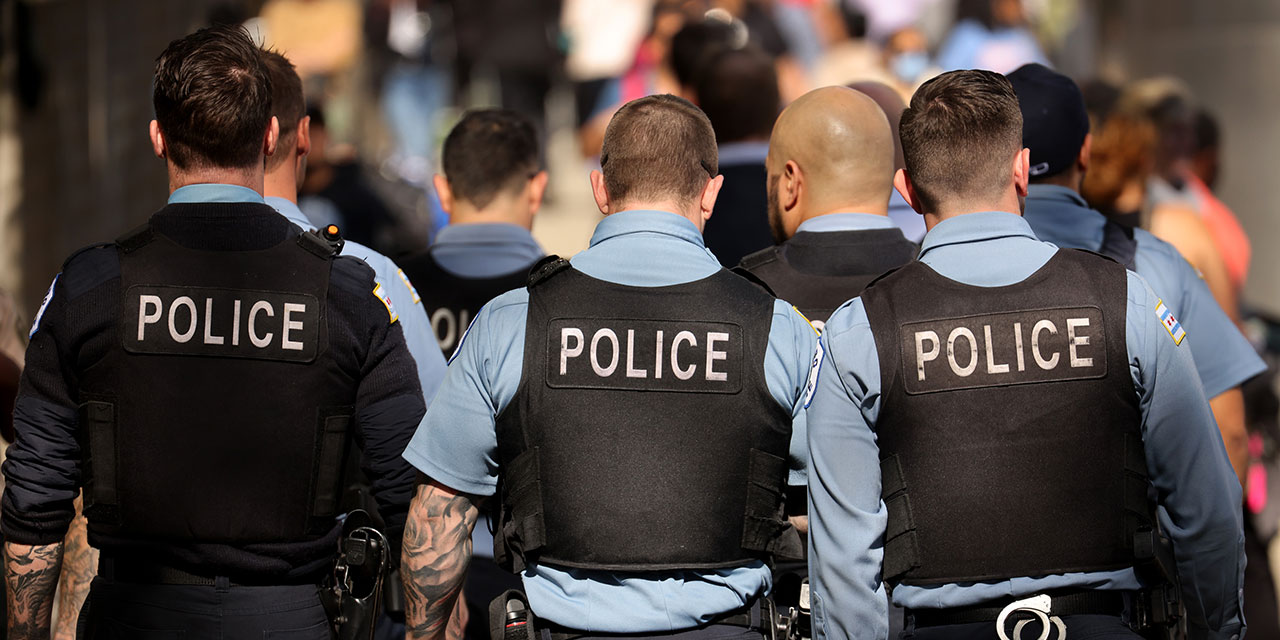 Robert VerBruggen How can we reverse the demoralization among cops?

Michael Hendrix This November, voters in Texas’s capital have a chance to reject the progressive agenda on public safety.

Milton Ezrati Mounting problems with inflation, the supply chain, and energy shortages are not likely to resolve themselves quickly.