Days after Mark Zuckerberg planted his flag in favor of free speech by announcing that Facebook wouldn’t censor political advertising, Twitter CEO Jack Dorsey, apparently bowing to pressure from his platform’s largely liberal user base, announced a contrary policy: Twitter will no longer accept any political ads. For Zuckerberg, the price of good speech is that some bad speech gets through; for Dorsey, fear of bad speech means that all manner of good speech must now be rejected.

As a private company, Twitter has a right to make this decision; it is not violating the First Amendment. Dorsey’s tweets explaining the change, however, suggest considerable confusion. “This isn’t about free expression. This is about paying for reach,” explained Dorsey. But of course it’s about free expression. Speech—particularly speech about elections—is worth little without an audience. In modern society, it takes money to “reach” most audiences. That’s why businesses advertise, governments spend millions on public education programs, and people spend money to travel to mass rallies, buy bumper stickers, and engage in other forms of political communication. It’s an elementary principle of First Amendment law that you can’t limit spending in order to limit the reach of speech. You can’t prevent Planned Parenthood, for example, from speaking about abortion rights, and you can’t end-run the First Amendment by prohibiting them from spending money to advocate for that same cause.

Dorsey’s incoherent statement of principles is nothing compared with the confusion likely when the policy is formally announced on November 15. For instance, Dorsey seeks to draw a distinction between those who have “earned” influence and those who “pay for reach.” Presumably, under Twitter’s new policy, a campaign will be able to pay a celebrity $50,000 to tweet out an endorsement or mention. However, a candidate without celebrity fans will be unable to spend $5,000 to promote a tweet. The paid ad may be truthful, while the celebrity tweet may contain what Dorsey calls “unchecked, misleading information,” but only the former will be banned. Or will Twitter disable the accounts of celebrities who accept payments for their tweets, or who relay “unchecked, misleading information?” As determined by whom?

Dorsey says that he wants to “level the playing field.” Perhaps he, with 4.2 million followers, should shadow-ban himself. Why does being a highly visible CEO mean one has “earned” more political influence than Walmart, the AFL-CIO, or any other entity that seeks to promote its political ideas? Dorsey spent his cash to start Twitter. They want to spend theirs to advertise on Twitter. How does this new policy “level the playing field?”

Politicians (or other persons) may retweet “unchecked, misleading information,” or “deep fakes.” Will Twitter ban them? How misleading must they be? To whom? And if Twitter wants to eliminate “fake news,” why allow it when it’s included in a person’s tweet—where it is probably more common, and in many cases will be seen more than any paid ad?

Twitter will ban not just candidate ads, but “issue ads,” because they “present a way to circumvent.” Does this mean that an ad promoting a documentary warning about (or dismissive of) climate change should be banned? How about an ad promoting a magazine profile of a candidate? Does a Gillette commercial lecturing men on the dangers of “toxic masculinity” qualify as an issue ad?

Twitter’s new policy, and Dorsey’s explanation for it, demonstrate a muddled understanding of the purpose of speech. Dorsey worries that Twitter advertising might influence voters—but influencing people is the essence of speech in a free society, and persuading others is presumably why Dorsey sent out a tweet stream explaining himself. Removing a major source of low-cost political advertising from Twitter harms those who don’t yet have a large audience but are looking for an inexpensive way to reach voters and identify new supporters. By Dorsey’s logic, free speech should be allowed only when it is ineffective.

Dorsey thinks that government restraints on speech would be a good idea. He wants “regulators” to “ensure a level playing field.” Does that mean limiting the dollars that Bernie Sanders or Alexandria Ocasio-Cortez can raise online? Does it require MSNBC and CNN to give equal time to conservative voices? Does it require Twitter to deactivate overly influential accounts? Limit their number of tweets concerning “issues?” How level must the field be, and who determines both the standard and when it has been reached? A primary reason why the Founders adopted the First Amendment was their recognition that we couldn’t trust government to decide what is “fair.”

Many Americans are doubtless concerned by Dorsey’s outsize political influence. But the venture capitalists who got Twitter off the ground—Spark Capital, Bezos Expeditions, and others—were willing to chance the possibility of false speech and unequal influence in order to increase opportunities for all speech. Absent that spending, there would be no Twitter, and few would care what Jack Dorsey thinks. Fortunately for Dorsey and Twitter, the First Amendment keeps the government at bay—even when a CEO tweets out poorly formulated views on free speech.

Bradley A. Smith is chairman of the Institute for Free Speech, a law professor at Capital University in Columbus, Ohio, and former chairman of the Federal Election Commission. 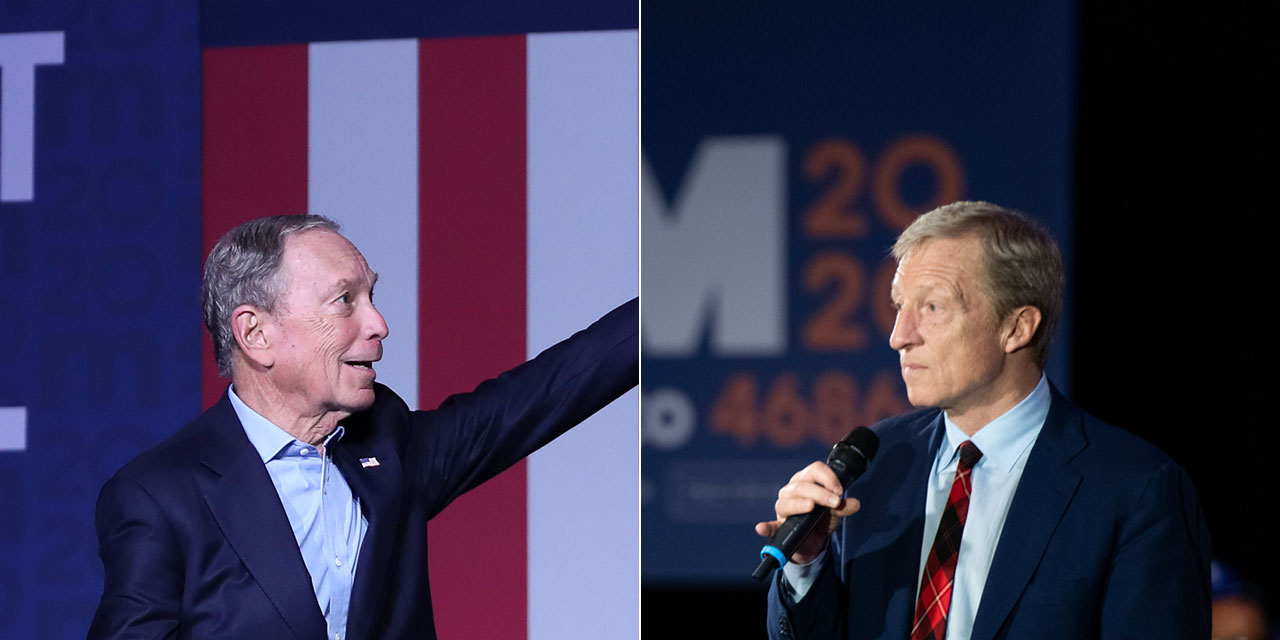 Bradley A. Smith If elections can be bought so easily, why did Bloomberg and Steyer flop?
from the magazine

Bradley A. Smith Democrats plan to redouble their efforts to stifle corporate free speech.
More on

Oliver Wiseman Boris Johnson enjoys strong public approval, but what will he do with it?