The United States is dotted with towns that combine the density and liveliness of an urban environment with the sense of place and privacy offered by suburban living. They may represent an important but overlooked solution to the housing crisis.

Housing affordability is a pressing issue, especially in job-rich areas. But the people being priced out of expensive metro areas are not just theoretical new residents but often the children of current homeowners. When we conceive of homeownership as a sort of reward or aspiration and zone large swaths of metro areas exclusively for single-family houses, we ensure that the children of longtime residents or homeowners will face one of three scenarios: steep and unrealistic housing costs; “drive until you qualify”; or a need to move elsewhere. Indeed, unaffordable housing can prevent young people from forming attachments, contributing to delayed marriage and childbearing. The very notion of a community—where people and families grow in connection with one another—exists in tension with a conception of places as assemblages of individual households, where parochial interests often lock out aspiring homeowners.

Many advocates of increasing the housing supply think about housing affordability in class or income terms, but another relevant frame is stages of life. Can a community, or at least a region, accommodate single young adults, young couples, and retirees—or have zoning rules made it an artificially enforced monoculture, suitable only for successful mid-career homeowners? 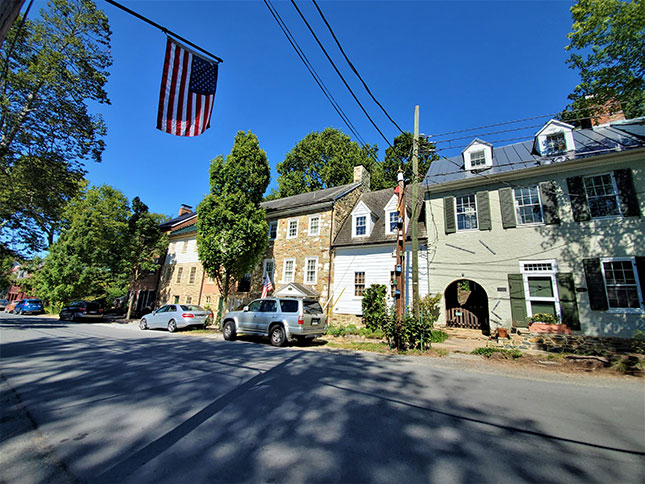 Accommodating all these demographics would not require the mass abolition of houses or single-family zoning. While urban up-zoning can play an important role in bringing down housing costs for families, examples abound of diverse housing mixes and varying levels of density within relatively small communities. Such towns suggest a template for bringing down housing costs while offering families comparable amenities to the suburbs.

The U.S. has thousands of such communities, ranging in size from a few hundred residents to 10,000 or even 20,000. Indeed, many Americans who consider themselves from the “country” have historically lived not in rural-exurban settings but in small towns surrounded by countryside or agricultural land, with a minimal or nonexistent penumbra of outlying low-density development. What these communities have in common is a mix of housing, uses, and building types, often built decades before the strictures of modern zoning.

My own state of Virginia is instructive. The tiny village of Waterford has both detached houses and rowhouses, some grand ones and a few very small ones. The town of Woodstock sports a number of multistory buildings. The small city of Staunton boasts a large, mixed-use downtown almost indistinguishable from a mid-rise neighborhood in a big city. Most of these settlements have apartments, including some above stores—as much as two or three floors’ worth of them—but also plenty of detached houses. The mixed-use density of their small cores never “overran” the single-family neighborhoods. Rather, they worked in tandem, giving the community layers and flexibility enjoyed by very few recently built places in America. 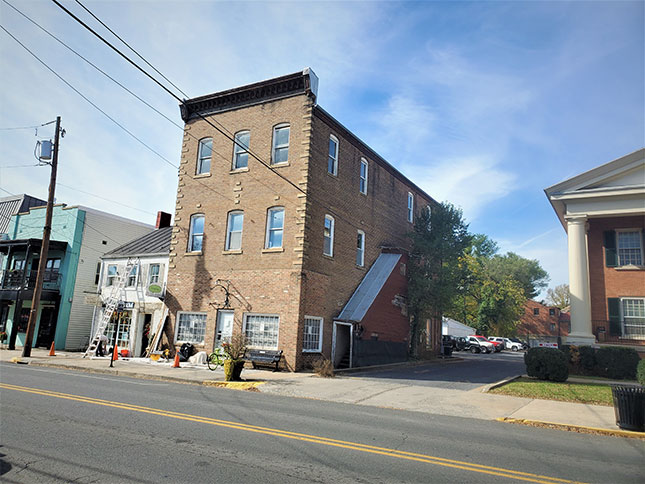 Virginia’s small towns illustrate an older way of crafting places, and the state’s experience is also instructive when it comes to contemporary housing affordability. Adjusted for inflation, home prices for single-family homes in Fairfax County from the 1950s to the 1970s ranged from the low-to-mid $100,000s to the low $400,000s. Today, the minimum price for a detached house in the county is about $600,000. In Vienna, an expensive Fairfax County suburb, homes now reliably go for about $800,000—yet could be acquired new in the 1950s for about $150,000 in today’s dollars. (Even the generally more affordable Maryland side has undergone tremendous price increases.) This is not necessarily an argument for the construction of detached houses on greenfield lots: while Fairfax County then was generally both affordable and sparsely built “country,” housing was simply more abundant, and built with less regulatory cost, in those days. What these tremendous price increases actually suggest is that the D.C. metro area’s housing market has become decoupled from the region’s general economic growth.

If a house is a reward that young people must earn, far more work is expected today to earn it. And if other forms of housing are zoned out, few options remain. These aren’t theoretical questions; the consequences are not limited to people moving somewhere else. Multiple studies have shown that high housing prices can deny people the opportunity to form families, as Patrick Brown and Jonathan Coppage have noted in the Washington Examiner in an article focusing on California:

Economists have found a surprisingly strong relationship between home prices and birth rates—one study found that a $100,000 increase in the value of a home over the prior four years was associated with a 16.4 percent increase in the probability of having a child. . . . In the decades following World War II, California was ground zero for the American baby boom. . . . Now, building slips ever further behind demand, continually driving up the cost of housing past the levels that discourage young families from forming. 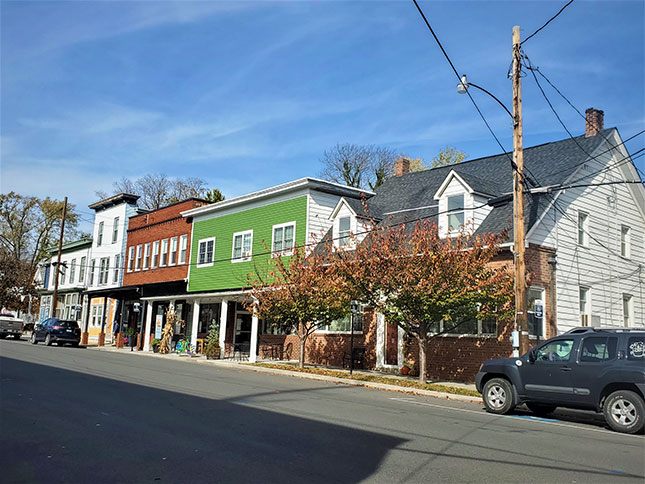 How to encourage the distinctive land-use regime that small towns represent? Many of these communities were built before the legal and regulatory architecture of modern zoning was developed in the 1900s, back when property owners and smaller developers in that era had much more flexibility to alter and mix uses and building types. A few possibilities exist. One is Strong Towns president Charles Marohn’s zoning proposal that “every neighborhood . . . be allowed, by right, to evolve to the next level of development intensity,” but not beyond that. Another more modest starting point could be to rezone lots with grandfathered buildings to permit, today, whatever type of building already exists there. Due to down-zonings over the years, rebuilding or replacing many higher-density buildings with a similar structure would not be possible. In San Francisco, ground zero for America’s housing woes, one-third of the city’s buildings are not permitted under its current zoning map.

Appeals to social justice, economic equality, or the vague ideological notion that anybody has the right to live anywhere understandably fail to persuade skeptics of zoning reform. Perhaps housing advocates should put it this way: Shouldn’t we build places where our own children can get married and have families, jobs, and a place to live?

Addison Del Mastro writes on urbanism and cultural history. Find him on Substack (The Deleted Scenes) and Twitter (@ad_mastro).

Top Photo: Staunton, Virginia (All Photos Courtesy of the Author)

Eric Kober Biden’s new housing-supply plan would likely have only a modest effect.
from the magazine

Nicole Gelinas New York will have to grapple with exploding prices, both economically and fiscally.
Saved!
Close