A year ago, in Seattle, a man living in a city-funded homeless encampment raped a woman in the bathroom of a Volkswagen dealership in the city’s Ballard neighborhood. Christopher Teel had arrived from Texas as a transient and was evading multiple warrants, but the city-sanctioned encampment welcomed him without conducting a criminal-background check.

The story caused a sensation, with wide media coverage and public demands for increased security measures, but the crime victim remained silent and her identity was kept secret. Nearly a year later, the victim, Lindsey, contacted me. After being raped, she had approached city leaders and met with the sitting councilman for nearly an hour but was received, she says, with dismissiveness. Teel’s crime against her did not fit the preferred narrative of compassion for the homeless, so the political class downplayed it. By the time Lindsey reached out to me, she was ready to speak out.

Lindsey asked me to create a short documentary so that she could tell her story in her own words. I’ve worked for more than a decade as a documentary filmmaker, but my interview with Lindsey was one of the most wrenching I’ve ever done. She walked me through the details of the attack and her deep frustrations with the political leadership that created the conditions for the crime to occur and then resisted making changes even after her story broke.

We edited the film together and posted it to Facebook on April 22. That evening, it was the lead story on all four local Seattle news networks and had reached more than 35,000 people on social media. The public renewed its call for warrant checks at city-sanctioned encampments. Seattle mayor Jenny Durkan condemned the assault and commended “the courage of a survivor of sexual violence to speak out.”

Then came the backlash. Progressive activists launched a counterattack against Lindsey on social media. Local journalist Erica Barnett claimed that the story drew attention because Lindsey is an “attractive blonde woman” and dismissed the victim’s “many tears” as theatrics serving a false narrative that the homeless represent a danger to the community. She demanded that the media temper its reporting and be mindful that “graphic descriptions of violent rape may be triggering for survivors.” Barnett’s message was amplified on left-wing Twitter; Councilwoman Lorena Gonzalez claimed that Lindsey’s story would create fear and cause harm to communities “that may already be triggered.”

The reality: city-sanctioned encampments in Seattle have become magnets for crime and violence. According to the Seattle Times, when the city opened a low-barrier encampment in Licton Springs, the police recorded a 221 percent increase in reported crimes and public disturbances. Neighbors witnessed a dramatic rise in property destruction, violence, prostitution, and drug dealing in the area. According to King County Jail statistics, homeless individuals are 38 times more likely to commit crimes than the average citizen (the homeless represented 0.5 percent of the population but 19 percent of jail bookings last year).

Seattle’s activist class seems, then, to have more compassion for transient criminals than for the victims of their crimes. Lindsey’s story should be a clarion call for everyone who cares about violence against women. But in the tortured logic of intersectionality, the story of a homeless rapist demands “context,” while the white, blonde, middle-class target of his assault is an unsympathetic victim.

Lindsey’s story reveals a fault line opening between elite opinion and public opinion. Most private citizens praised Lindsey as a heroic survivor and echoed her call for greater safety at homeless encampments. They should reflect on the likelihood that their leaders’ contempt for her extends to them, too. The more Seattleites who come to that conclusion, the more likely we are to see change.

Christopher F. Rufo is a contributing editor at City Journal. He is a documentary filmmaker and research fellow at Discovery Institute’s Center on Wealth, Poverty, & Morality. Follow him on Facebook here. 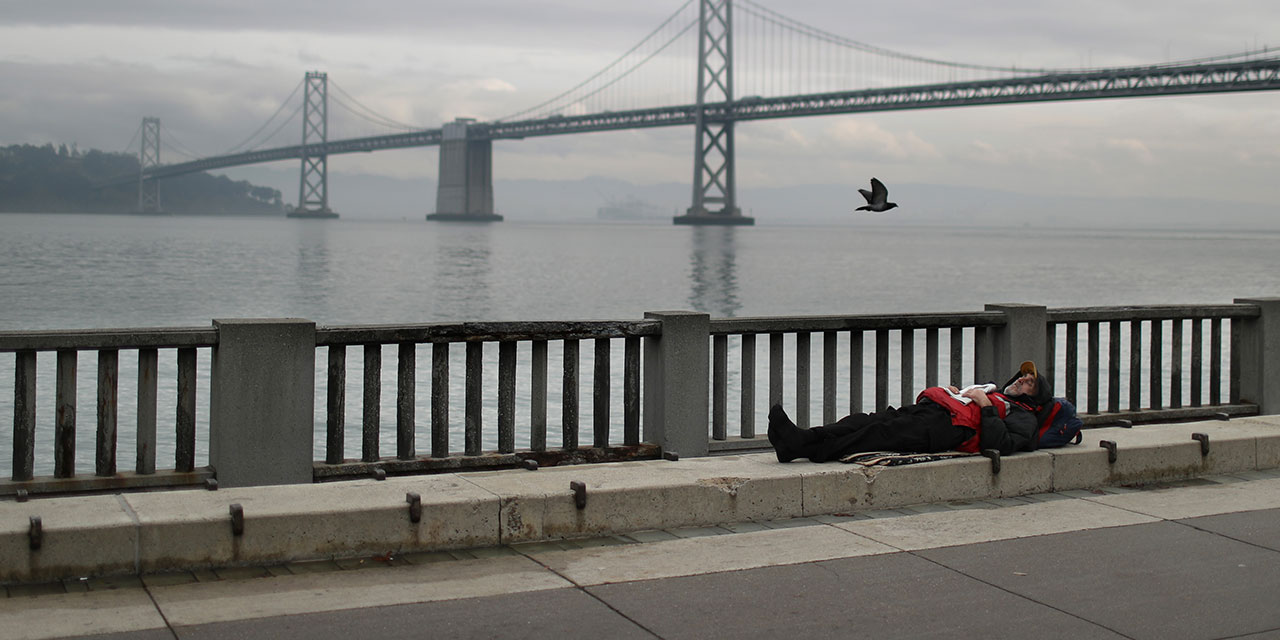