Sharing Savannah’s Beauty and Past 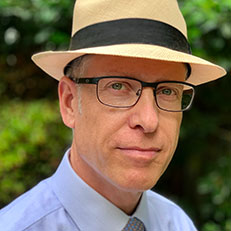 Robin B. Williams discussed Savannah’s architecture, history, and how the pandemic is affecting the city’s tourism with Charles F. McElwee, assistant editor of City Journal. Williams chairs architectural history at the Savannah College of Art and Design (SCAD), where he has taught since 1993. Specializing in the history of modern architecture and cities, Williams earned his Ph.D. in art history at the University of Pennsylvania. His work includes lead-authoring Buildings of Savannah and coauthoring a forthcoming book, Learning from Savannah.

How has Savannah’s unique and famous layout shaped the city today?

Throughout Savannah’s history, the city has learned from itself. The city’s founder, James Oglethorpe, never intended the utopian town to grow, yet generations of later municipal leaders recognized the importance of the Savannah Plan—its squares, tree-lined streets, service lanes, and small blocks—allowing the city to extend its urban identity even into the suburbs. The plan is part of the civic consciousness, with the distinctive ward-unit diagram—centered on a square—serving as a municipal logo on signage. Downtown, the plan functions like an invisible hand, guiding the scale and orientation of buildings, public spaces, and monuments.

You recently launched Urban Traces, a video series for your classes and the public about Savannah. What are viewers learning from your online tours?

What started as a way to replace my classes with video tours has grown into a larger passion project of sharing my knowledge about Savannah to a broader public. Each video focuses on an urban or architectural topic and addresses the impact of broader factors. The Savannah waterfront tour, for example, explores how trade and natural topography work together to shape the unique configuration of warehouses, cobblestone ramps, stone retaining walls, terraced lanes, and iron bridges into a distinctive urban landscape.

In 2016, you were the lead author of Buildings of Savannah—the first city guide from the Society of Architectural Historians’ Buildings of the United States series. What are some overlooked aspects of the city’s architecture?

So much attention is focused on downtown Savannah—its squares and grand buildings. We wanted to showcase the many historic areas beyond downtown, as well as the city’s vernacular and industrial buildings and postwar modernist architecture. Another focus was highlighting African-American heritage, such as hand-painted commercial signage, the Savannah State University campus, and the Cuyler-Brownville, Sandfly, and Pinpoint neighborhoods.

How has the Covid-19 pandemic affected Savannah?

The most obvious effect has been the precipitous drop in tourism, which is central to Savannah’s economy. Since Georgia was among the first states to reopen, Savannah saw an immediate influx of visitors, despite ongoing safety concerns. The city is fortunate to have abundant green spaces that have remained open. In my neighborhood of Parkside, an early-twentieth-century streetcar suburb, people are engaging creatively—and safely—with neighbors, organizing events like “front-porch Wednesdays,” sidewalk art, music shows, and, for kids, hiding hand-painted stones in nooks along sidewalks.

Smaller U.S. cities, many struggling even before the crisis, have retained rich historic architecture. Can these cities take any lessons from Savannah’s experience?

Savannah has always found a way to balance a respect for the past while embracing change from new ideas, technology, or the contributions of outsiders. This is evident in the city’s celebrated historic preservation efforts. In most places, preservation focuses on old houses, and that was the case here, too, with the excellent efforts of the Historic Savannah Foundation, among others, since the 1950s. SCAD’s arrival in the late 1970s introduced a focus on adapting old institutional, commercial, and industrial buildings to new purposes. SCAD has now acquired more than 70 adaptively reused buildings across the city. This investment, combined with the presence of thousands of students, benefits multiple areas and provides an anchor in each location for others to invest in renewal.

Another lesson: consider more holistically what has preservation potential, whether it’s converting gas stations into restaurants or looking beyond buildings, to the historic street infrastructure of pavement, curbs, manhole covers, and lampposts. These features often survive, but they’re vulnerable to removal in well-meaning improvement efforts.

Criticism for the Sake of It

Charles F. McElwee In regions of eastern Pennsylvania, the Kennedy Democrats of 1960 are today’s Trump Republicans—a voting bloc that could largely determine this year’s election.
More on