Then They Came for the Doughnut Vendors

A woman selling churros—doughnuts—on a subway platform was ticketed by the NYPD over the weekend. A passerby filmed the interaction, in which several cops argued with the vendor. It’s against the law to vend in the subway system or to sell food without a license anywhere in New York City. The police confiscated the doughnuts and briefly handcuffed the vendor before giving her a ticket—her 11th citation in the last six months.

The event quickly went viral on social media and was reported on local news. Advocates and officials expressed outrage about supposed over-policing and the “criminalization of poverty.” City council speaker Corey Johnson tweeted, “Over-policing our subways isn’t going to solve anything. We can keep the subway safe without harming people just trying to earn a living.” Democratic Socialist state senator Julia Salazar insisted that “no one in our community should have to endure over-policing and harassment.” Presidential candidate and former HUD secretary Julian Castro chimed in, saying, “The police shouldn’t be agents of fear and intimidation—and language barriers shouldn’t eliminate someone’s rights. She’s not making threats, she’s making a living.”

The incident took place amid debates in New York City about the role of police and the presence of street vendors. Governor Cuomo recently announced plans to hire 500 new Metropolitan Transportation Authority officers to patrol the subways. Critics doubt the necessity of this move, as violent crime has not increased appreciably in the transit system—though fare evasion certainly has, and riders widely report more homeless people camped out on the trains, often taking up large areas with their belongings. Last week, protesters staged a “Fuck the Police” march in protest of the plan, with hundreds of people jumping the turnstiles and hurling eggs and garbage at police cars.

Local council member Antonio Reynoso drew a link between Cuomo’s plan and the arrest of the churro saleswoman. “So is this what our 500 additional transit cops are choosing to pursue?” he tweeted. “Terrorizing someone who’s just trying to make a living? This is excessive and heartless.” The cops arresting the vendor were not part of the proposed new MTA cohort; they were NYPD officers on routine patrol. In fact, the vendor was selling her doughnuts directly outside a police station located inside the Broadway Junction stop. Far from being a victim of over-policing, she was flaunting disregard for the law by setting up shop right under the police’s purview.

Street vending has a long, colorful history in New York City, and it has gradually been brought under stricter oversight. Selling “expressive matter” such as books or artwork is permitted, though limited to certain areas; selling general merchandise requires a permit, of which only a few hundred are available, though disabled veterans may vend without permits. Selling food requires special licenses and certification from the Department of Health. These licenses, too, are limited, and they trade on an unofficial secondary market that proves highly lucrative for primary holders. No vending in the subway system is permitted.

Given the limited supply of permits, most street vending in New York City is unlicensed and technically illegal, though only sporadically policed. A coalition of legal advocates, elected officials, and vendors—mostly immigrants—is pushing to lift the cap on available permits for cooking and selling food on the street from the current level of about 3,000 to 25,000, or even to eliminate the cap entirely. Naturally enough, brick-and-mortar businesses—which must hire commercial carters to take away their refuse—and local community residents tend to oppose such measures.

Street-vendor advocates are pressing the case that current laws unfairly criminalize immigrant entrepreneurship. But they don’t explain how a completely open market in street vending would work, especially in the transit system. New York City’s subway is already dirty and crowded; anyone who has stood in the crush of people on an open platform during rush hour is aware that the conditions could not safely accommodate the sale of food, much less its preparation. Would there be limits on what can be sold, or on how many people may compete for space at the busiest stations? Or do officials in fact recognize that such a system would be unworkable, but express support for the idea anyway, for political gain?

Mayor de Blasio—alone among his colleagues on the left—issued a refreshing statement of common sense. “I looked at that video with the churro saleswoman,” he explained at a press conference. “I understand the facts. The facts are she was there multiple times and was told multiple times that’s not a place you can be, and it’s against the law and it’s creating congestion. And she shouldn’t have been there.” It’s a remarkable testament to how far to the left New York City’s political temper has shifted that de Blasio now sounds like a stalwart for public order. 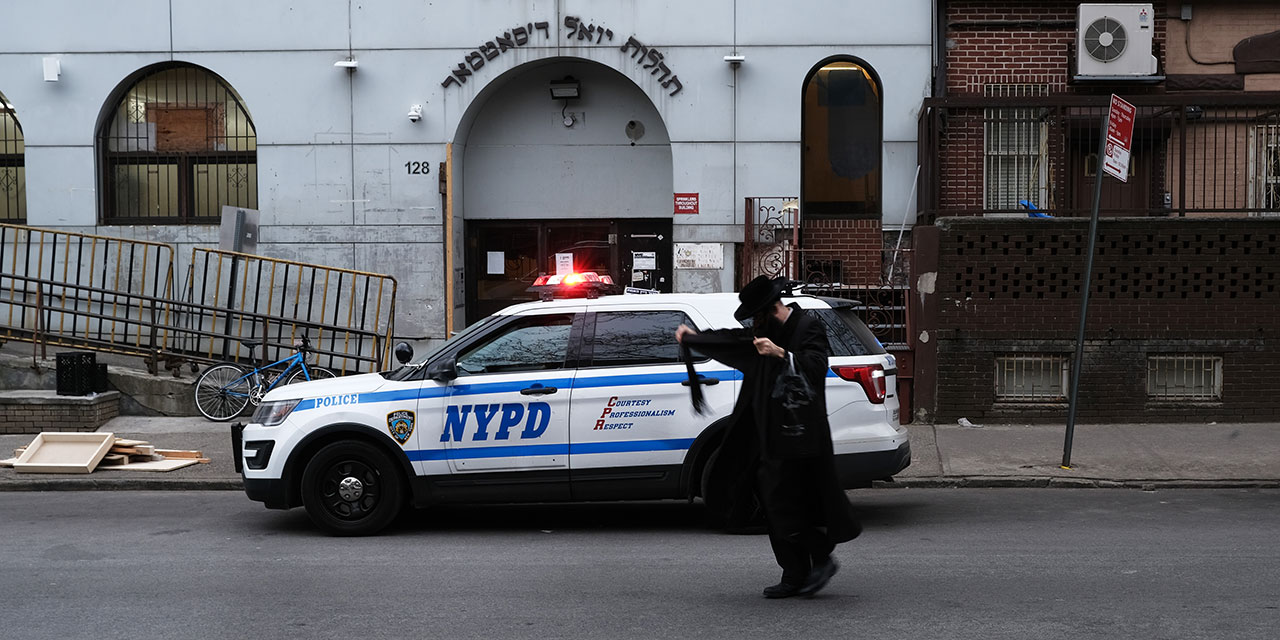 Seth Barron A surge in horrific incidents is unsettling the city—but elected officials keep making it easier for criminals to operate.
More on