In an April 2019 campaign speech, Senator Elizabeth Warren lambasted Republicans for “massive voter suppression” and attempting to “rig an election” in Georgia and North Carolina, respectively. “They know that a durable majority of Americans believes in the promise of America,” she told her audience. “And they know that if all the votes are counted, we’ll win every time.”

Progressives take it as an article of faith that “a durable majority of Americans,” in Warren’s words, would support a left-wing policy agenda, if not for various Republican-sponsored voter-suppression efforts, gerrymandering, and anti-majoritarian institutions like the Senate and the Electoral College. Bernie Sanders echoed this view in 2016 when he said: “Democrats win when the voter turnout is high . . . Republicans win when the voter turnout is low.”

Republicans, for their part, often seem to agree. In March, President Trump publicly worried that a Democratic proposal to expand absentee and mail-in voting would lead to “levels of voting that, if you ever agreed to it, you’d never have a Republican elected in this country again.”

The results of this year’s election should call this conventional wisdom into question. With a record-high turnout of nearly 160 million voters, the GOP not only held its own but also exceeded expectations at every level. While Donald Trump appears to have lost his reelection bid, he significantly outperformed the landslide losses projected by most polls, as did Republican Senate and House candidates across the country.

With Republicans poised to gain at least six seats in the House and well-positioned to hold on to their Senate majority (pending two Georgia runoffs in early January), the American electorate has once again proved itself significantly more conservative than pollsters and pundits claimed. And while Joe Biden won a comfortable victory in the national popular vote, the GOP’s resounding success in down-ballot races has dealt a significant blow to the longstanding myth that a latent majoritarian mandate exists for the progressive agenda.

According to a preponderance of data dating as far back as the 1980s, no consistently identifiable correlation exists between voter turnout and the success of one party over the other. Instead, high voter turnout helps different parties at different times, depending on who turns out (and who doesn’t). While some evidence suggests that non-voters lean slightly Democratic, modelling scenarios with full voter participation (100 percent turnout) tend to suggest that they would not have a significant effect on our politics. “If everyone voted,” wrote political scientist John Sides in 2015, “a lot would be the same.”

Barack Obama’s blowout victory in 2008, which succeeded in turning out large numbers of traditional nonvoters, added fuel to theories on the left about Republican “voter suppression.” According to this logic, the 2020 election’s historic voter turnout—helped along by Democrat-championed initiatives like vote-by-mail—should have led to the GOP’s crushing defeat. The problem, of course, is that the wrong people turned out. In Wisconsin, for example, turnout increased by an average of 13 percent in heavily Republican rural counties, compared with only 7 percent in traditionally Democratic areas. Though Biden still eked out a narrow win in the Badger State, Republicans held the legislature, as they did in upset wins in states across the country.

These GOP victories are not solely the result of an energized working-class white electorate. According to New York Times pollster Nate Cohn, “Mr. Trump made huge gains in many Hispanic communities across the country, from the agricultural Imperial Valley and the border towns along the Rio Grande to more urban Houston or Philadelphia.” The president also doubled his share of the LGBT vote and modestly improved his standing with African-Americans while actually losing support among white men, throwing cold water on another myth about the inevitable leftward drift of a diversifying America.

Many on the left have responded to these facts by trading in their conviction that the vast majority of the country is with them for a profound disdain for the national character. “Let’s remember that tens of millions of people voted for the status quo, even when it means supporting lies, hate, chaos, and division,” Michelle Obama tweeted. Brookings Institution fellow Andre M. Perry was still more blunt: “The outsized support Trump has continued to receive exposes America’s ‘soul’ for what it is. . . . Confronting that part means confronting the nation’s racism, xenophobia, and classism.”

What it doesn’t mean, apparently, is confronting progressives’ own political shortcomings. Democrats lose elections because of voter suppression, bigotry, Russia, disinformation, corporate power, money in politics, third-party candidates, or any number of other factors—everything but the unpopularity of progressive politics.

Nate Hochman (@njhochman) is a senior at Colorado College and a Young Voices associate contributor. 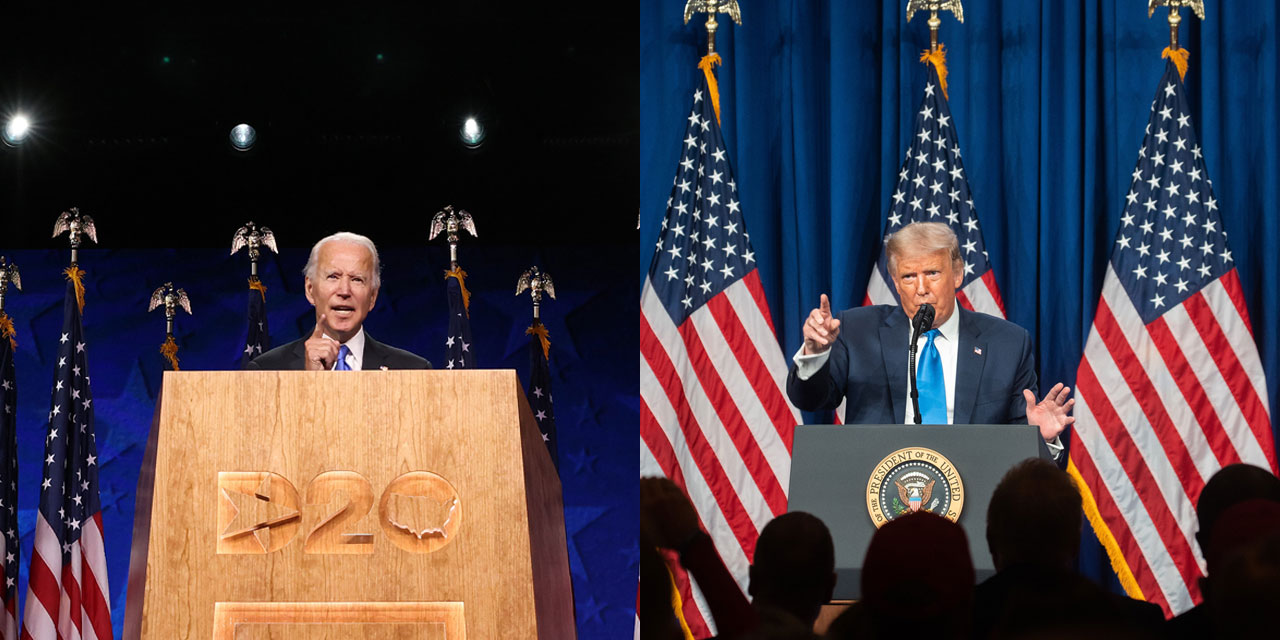 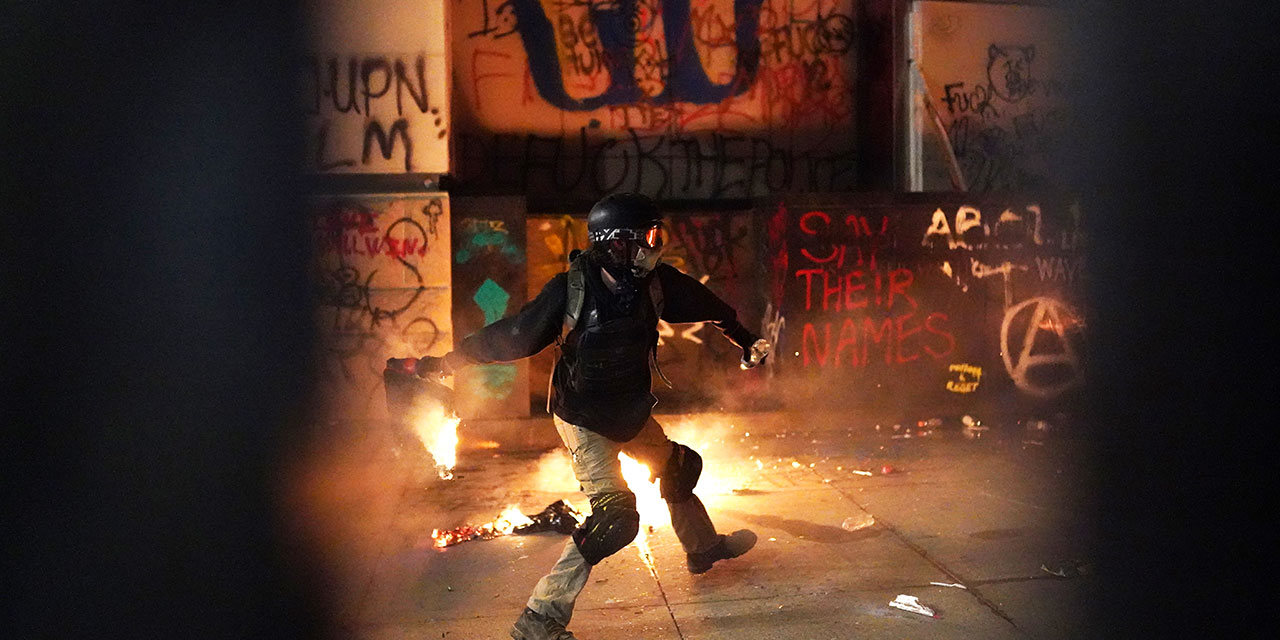 Nate Hochman Portland burns, while the media and the Democrats fiddle. 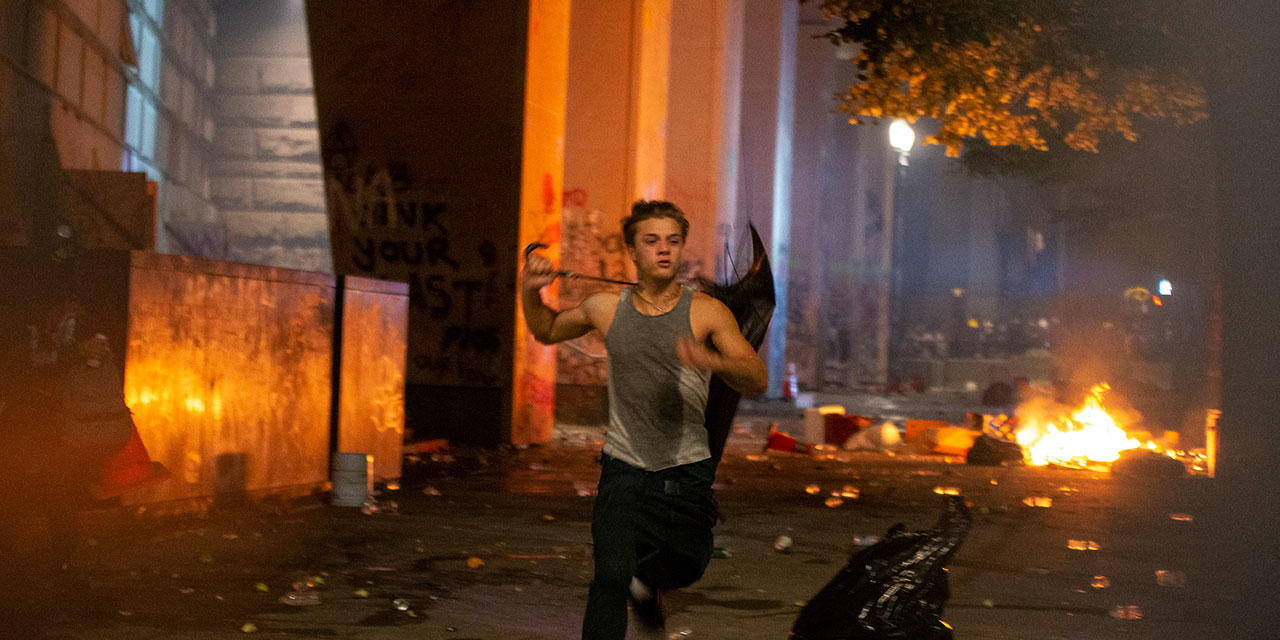