Managing Growth with Heart and Soul 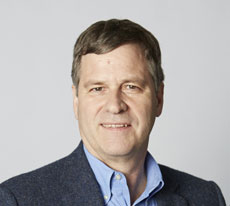 Tom Daniels discussed best practices for land-use planning, the challenges of American suburbia, farmland preservation, single-person households in cities, and more with Charles F. McElwee, assistant editor of City Journal. Daniels is a professor in the Department of City and Regional Planning at the University of Pennsylvania, where he teaches land-use planning, environmental planning, growth management, and land preservation. From 1989 to 1998, Daniels was director of the Lancaster County Agricultural Preserve Board. He is the author of The Environmental Planning Handbook and When City and Country Collide: Managing Growth in the Metropolitan Fringe, and coauthor of five other books. He often serves as a consultant to state and local governments and nonprofit organizations.

How can local decision-makers improve their cities and towns?

First, include everyone in the decision-making process, rather than rely on a few elected officials or an elite group of stakeholders. Second, focus on what matters most to people. And, third, play the long game: don’t try for quick fixes. Improving a community—its appearance, economy, and social conditions—takes time, commitment, and hard work. These approaches comprise the Heart and Soul principles of the Orton Family Foundation, where I’ve served on the board of trustees for the past 15 years.

Which cities serve as good models for modern land-use planning?

Chattanooga has done a remarkable job of transforming from an industrial city to one known for its environmental quality and tourist attractions. The city has worked on its appearance, affordable housing, environmental challenges, and recreation along the Tennessee River. Biddeford, Maine—once a declining mill town—has put together an excellent plan to revive its downtown, leading to millions of dollars in new investment, the renovation of older buildings, and the emergence of dozens of new businesses. On a larger scale, Portland, Oregon has increased housing density and reduced the number of downtown parking spaces to encourage transit use. It’s the American city with the highest percentage of commuters who bike to work.

What is the greatest challenge confronting American suburbia?

Newer suburbs will need to decide whether to become more urban—with more dense, mixed-use development that is walkable and serviced by transit. Suburban residents are often reluctant to support greater development density, such as multi-family housing.

Meantime, in some cities’ exurbs, scattered, low-density residential development is growing because of cheap gasoline prices, low interest rates, and government subsidies for roads and other services. But the open space and rural character of the exurbs are disappearing. Some land preservation occurs, but not enough to change the overall spread-out pattern of development. These areas will become more suburban and less rural.

What is the state of farmland preservation in places like Pennsylvania’s Lancaster County?

Several counties across the U.S. have successfully used farmland preservation to manage growth. Lancaster County, for example, has preserved more farms and farmland than any other county: 1,513 farms and 112,000 acres. Lancaster County and nearby Baltimore County in Maryland are part of a ten-county region that has preserved about 700,000 acres of farmland, or one-tenth of the nation’s total.

State and federal funding, county funds, and private dollars have been important sources for financing farmland preservation. Maryland created the first state-level farmland-preservation program in 1977, and since then has preserved more than 400,000 acres. The state’s Carroll County ranks second among counties nationally with more than 75,000 acres of preserved farmland. Colorado, Delaware, New Jersey, and Vermont also have robust state programs.

The increase in single-person households, which now account for about 27 percent of urban households. In Washington, D.C., nearly half of all households have just one person. Confronting high costs for single-family homes, millennials are delaying homeownership. The number of affordable starter homes is small compared with demand. Millennials are marrying and starting families later than past generations—another reason for renting longer.

Twilight of the Blue-Collar Democrat

Charles F. McElwee In New Jersey and Pennsylvania, last week’s election marked the end of a crucial party constituency.
from the magazine

Eric Kober What should America do about its urban highways?
from the magazine

How Chattanooga Reinvented Itself

Oliver Wiseman Set in the lush foothills of the Appalachians, the Tennessee city has built a technology infrastructure for the twenty-first century.