Is Your Cell Phone Protected by the Constitution?

If mobile technology reinvented the relationship you have with your phone, a case argued last month in the U.S. Supreme Court has the potential to transform the relationship the police have with it as well. Timothy Ivory Carpenter and his brother, Timothy Michael Sanders, were charged with committing a series of armed robberies in Michigan and Ohio from December 2010 to March 2011. Prosecutors presented evidence during the subsequent trial that when the crimes were perpetrated, the defendants were in the same location at the same time of the occurrences—or at least, their cell phones were.

Cell-site location information (“CSLI”) is intrinsic to every one of the more than 237 million mobile phones in the United States. This identification data, recorded and maintained by cellular companies, is needed to determine in every instant where to send and receive the information transmitted to and from the phone, so the device is constantly “pinging” or searching for the nearest cell tower.

Police—acting without a warrant—obtained Carpenter’s and Sanders’s phone location information along with other evidence; the two men wound up being convicted of nine robberies. The question before the Supreme Court in Carpenter v. United States is whether the police violated the Constitution’s prohibition against “unreasonable searches and seizures” by obtaining CSLI without prior judicial consent. A decision in this case is expected no later than the last week in June 2018, but it was 50 years ago today, in another phone-related case, that the Supreme Court revolutionized our understanding of what constitutes the boundaries of police conduct under the Fourth Amendment.

Charles Katz was convicted of violating federal law by using a public payphone to transmit illegal gambling information across state lines. The conviction was secured, in part, by conversations recorded with a wiretap placed by FBI agents on the outside of a phone booth that they had observed being used by the subject of their investigation.

By wiretapping the glass enclosure, a space the public (and police) had lawful access to, the agents hadn’t violated protection afforded the defendant under the Fourth Amendment, the lower courts ruled. The courts relied on Supreme Court precedent by taking into account where law enforcement was conducting their surveillance instead of what was being surveilled.

This precedent was altered on December 18, 1967, when the Supreme Court ruled in Katz v. United States that it wasn’t the phone booth that had individual rights but Katz himself. “The Fourth Amendment protects people, not places,” Justice Potter Stewart wrote for a 7-1 majority that decided the contents of Katz’s conversation were protected by an expectation of privacy. “To read the Constitution more narrowly is to ignore the vital role that the public telephone has come to play in private communication.”

In 1976, Michael Lee Smith was suspected of robbing Patricia McDonough and, following her filing a police report, making threatening and obscene phone calls to her home in Baltimore. Police investigators requested that a “pen register” be placed by the phone company on Smith’s phone to record the number of each call placed by the suspect. Within days, the telephone company reported to police that Smith’s phone had dialed McDonough’s phone. Using this information, a warrant was issued to search the suspect’s home.  The search revealed a phone book with a dog-eared page containing the victim’s name and number. Smith was identified in a lineup by McDonough and subsequently convicted of robbery in a trial in which evidence against him included the pen-register information and phone book. In their appeal to the Supreme Court, Smith’s lawyers sought to exclude “all fruits derived from the pen register” due to the absence of a warrant issued for obtaining the information.

The opinion, written in 1979, found that the warrantless collection of evidence was not in itself a violation of the Fourth Amendment. Justice Harry Blackmun’s reasoning, joined by four of his fellow justices, centered on the lack of actual content in phone numbers dialed—as opposed to a phone conversation, as in Katz—and a Fourth Amendment standard that would come to be known as the third-party doctrine.  “[W]e doubt that people in general entertain any actual expectation of privacy in the numbers they dial,” he wrote.  “All telephone users realize that they must ‘convey’ phone numbers to the telephone company, since it is through telephone company switching equipment that their calls are completed.”

Three years ago, the Court again cited Katz to recognize the voluminous nature of mobile technology and the frightening prospect of a limitless intrusion into personal lives by allowing law enforcement access without warrants. David Lee Riley’s phone was searched by police during a lawful arrest; incriminating pictures were discovered that helped convict him of a drive-by shooting. The Court overturned Riley’s conviction unanimously. “Cell phones differ in both a quantitative and a qualitative sense from other objects that might be kept on an arrestee’s person,” Chief Justice John Roberts wrote in Riley v. California. “The term ‘cell phone’ is itself misleading shorthand; many of these devices are in fact minicomputers that also happen to have the capacity to be used as a telephone. . . . Our answer to the question of what police must do before searching a cell phone seized incident to an arrest is accordingly simple—get a warrant.”

The conflicting outcomes in these cases point our current Supreme Court in alternate directions for what they may rule in the Carpenter case. Will they decide that location tracking is the equivalent of secondary material, and not subject to a warrant requirement, as in Smith?  Or will they determine this technology to be the equivalent of a police officer in the pocket of every citizen, and therefore content, subject to Katz? Another possibility is that the court will override the third-party doctrine by finding non-content material that passes through an uninvolved party—much more pervasive today, with technology like web browsing and cell-site-location information, than it was in 1979—to be subject to warrant constraints in all but emergency situations.

No matter which side wins this appeal, the forthcoming decision will no doubt advance the way that the Bill of Rights covers evolving communications technology. We just have to wait for the justices to tell us how.

James Coll is an adjunct professor of American and constitutional history at Hofstra University and the founder of ChangeNYS.org, a not-for-profit dedicated to promoting civic education in New York State.

James Coll New York legislators have come up with an intriguing—and unconstitutional—way to give themselves a salary increase. 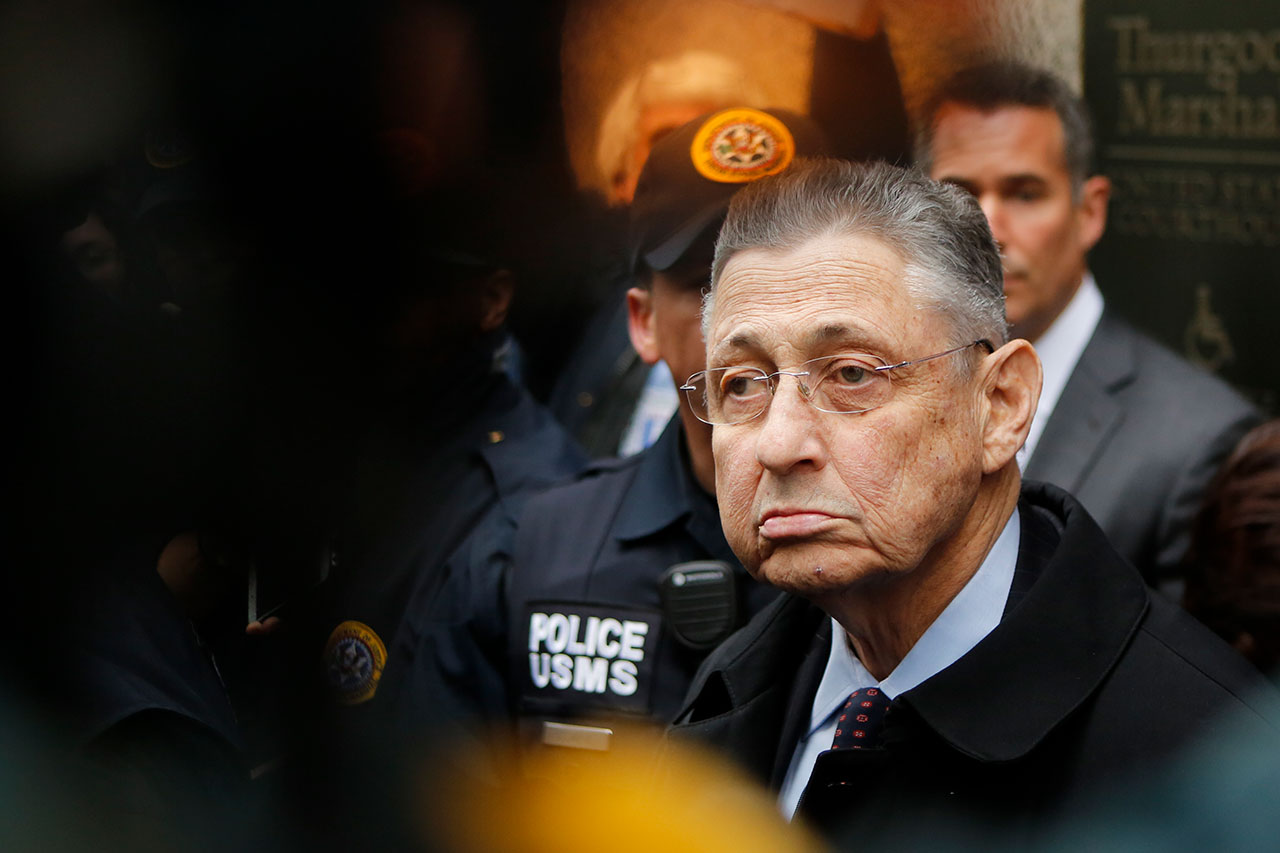 Go to Jail, Collect Your Pension