The decline of American manufacturing hit the black community hard. In 1975, 40 percent of young Midwestern black men were employed in manufacturing; by 1990, that proportion had dropped to just 10 percent. The new century brought similar problems to the white working class. Today, while unemployment is at Great Depression levels among less-educated black men, it has also mushroomed for working-class white men. Both communities find themselves plagued with similar social maladies—especially drug and alcohol addiction and an increasing reliance on government safety-net programs, such as food stamps and disability insurance.

On the left, however, identity politics, always quick to cite black victims, make no room for white working-class hardships. Recent evidence on rising addiction and early death rates among whites has been largely ignored, and the Left sees white working-class scorn for government and resentment of low-wage immigrants—especially prominent among supporters of Donald Trump—as racist. Liberal professionals don’t seriously look at the employment consequences of low-skill immigration, because such immigration offers them substantial benefits: low-cost childcare, cleaning, and gardening services, while increasing demand for teachers, health professionals, and social workers. Working-class Americans, however, fear that immigrants are taking away jobs from native-born workers and that competition has hurt wage growth—and evidence supports these fears. “What seems like racism to college professors and journalists might seem more like economic salvation to struggling families, even ones with roots in Latin America,” writes Joel Kotkin, in regard to Trump’s support among Nevada Latinos.

Not surprisingly, surveys consistently find that many blacks and Latinos share working-class whites’ economic concerns about immigration. A 2010 Zogby survey found that 68 percent and 56 percent of Latino and African Americans respondents, respectively, believed that current immigration was too high. Rejecting the liberal argument that low-skilled immigrants take jobs that no Americans want, 81 percent and 65 percent of black and Latino respondents, respectively, believed that many Americans would take these jobs, especially if wages were higher. A 2013 article in the liberal American Prospect found that this anti-immigrant stance is particularly strong among working-class blacks. It noted that while identity politics can reliably predict black responses on a range of issues, it was less reliable on the question of immigration, where strong class differences arise. “Working-class blacks, like working-class whites, show substantially more support for restrictive immigration,” noted Jamelle Bouie.

Liberals also mistakenly see racism in Trump supporters’ belief that many Americans are exploiting safety-net programs. Looking to explain why poorer white communities are increasingly voting Republican, Alec MacGillis found that, contrary to the racist accusations, a large share of the white working population was upset with their own white neighbors—and some family members—for gaming the system, seeking permanent government benefits rather than pursuing efforts to gain employment.

These attitudes help explain Maine governor Paul LePage’s 2014 reelection. Throughout his first term, LePage championed welfare reform, claiming that too many adults had left the workforce. The share of those who reported that they were physically unable to work rose from less than 10 percent in the 1990s to 12.9 percent at the outset of LePage’s tenure. Maine was not the only state with a declining manufacturing base to see such a trend. The share of adults on disability increased from 8.9 percent to 11.5 percent in Michigan and from 9.2 percent to 12.2 percent in Ohio. By contrast, in Texas, where job growth remains high, the proportion of disabled adults declined from 7.1 percent to 6.9 percent.

Leaving the rhetoric about racial division aside, then, working-class Americans—black and white—share concerns that the unemployed aren’t demonstrating enough initiative. The Left has been unwilling to offer responsible solutions to the overuse of government social programs or to the employment and wage consequences of excessive low-skill immigration. The Right hasn’t done much better. No wonder, then, that Donald Trump has filled the political vacuum.

Robert Cherry is the Stern Professor at Brooklyn College and the CUNY Graduate Center. 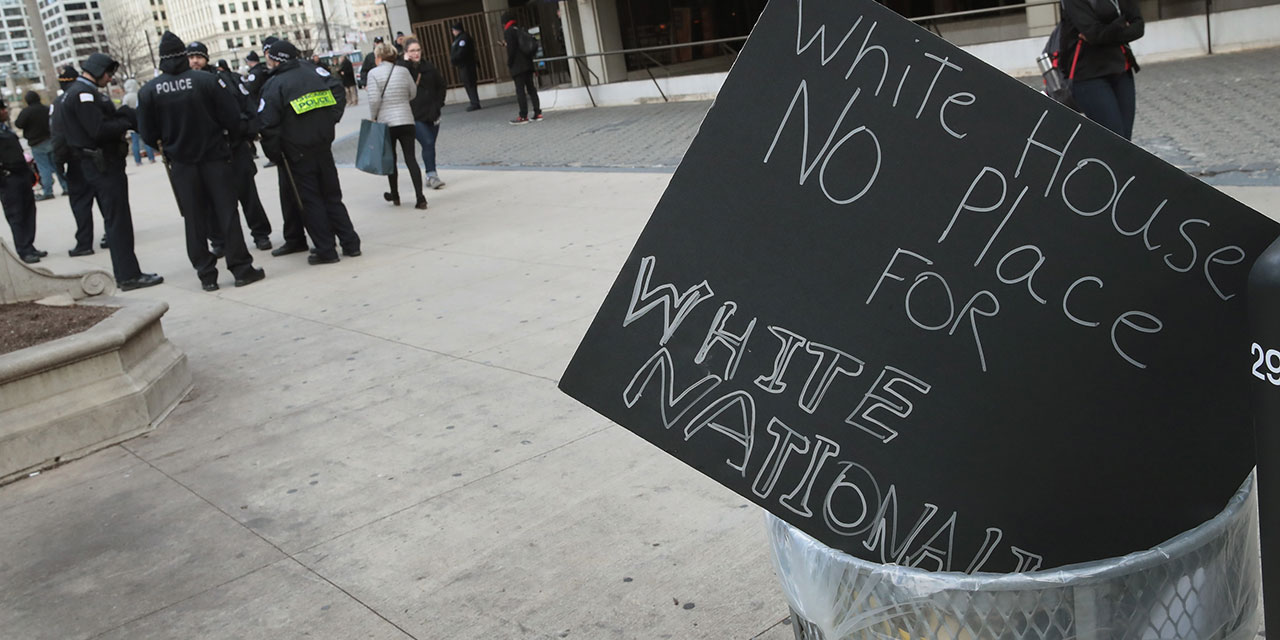