That’s “Mr. Freedom” to You

For a few days, I was “Mr. Freedom,” and all of life’s usually unfriendly characters—from bureaucrats at the Department of Motor Vehicles to bouncers at bars—were surprisingly amiable. What a difference a name makes.

My adventure began after an official at the DMV mistakenly transcribed my last name on my new driver’s license as “Freedom,” rather than “Freedman.” I only discovered the error later in the day when a bank teller looked at my license, which I presented as ID, and said with a smile: “Great name, Mr. Freedom. How are you today?”

I couldn’t get back to the DMV until two days later, so in the meantime I lived as Mr. Freedom. The name provoked cheers and smiles, making me feel like a cross between Captain America and the Fonz. “Mr. Freedom, it’s your turn.” “Mr. Freedom, your coffee is ready.” “What can I do for you, Mr. Freedom?” Even when ID wasn’t requested, I offered it. Wouldn’t you? Friends who never agreed with my politics urged me to run for office.

One offered to find me a cape. Another summed the situation up: “If you’re going to get your name misspelled, that’s about as well as it can turn out.”

Even when I returned to the DMV, I got a warm response. “Mr. Freedom, your paperwork is ready,” an official announced, and everyone smiled. At nine in the morning at the DMV, that’s a reaction only a superhero can produce.

Why the excitement about my new name? It’s because the word “freedom” is quintessentially American. Whatever your politics or cause, freedom rings true. America is full of symbols of freedom, from the “Don’t Tread on Me” rattlesnake to the Statue of Liberty. At home and abroad, America is known as the “freedom” nation. It’s the country where people go to escape tyranny. We have academic freedom, personal freedom, press freedom, and religious freedom. During the recent presidential campaign, we even briefly had oil-drilling for freedom.

For the Right, freedom means freedom from bureaucrats and a large government. For the Left, it’s a variation of Isaiah Berlin’s positive liberty: freedom to earn a living wage and to have enough food to eat. Franklin D. Roosevelt described four freedoms; Martin Luther King, Jr. urged “freedom now”; and Ronald Reagan declared that “the quest for freedom is the birthright of all humanity.” Whether in domestic policy, civil rights, or foreign affairs, freedom has its champions in America.

Of course, freedom is not a uniquely American concept or a new one. Moses led the Israelites to freedom; Thucydides saw it as “the secret of happiness”; and for Cicero, it was “the power to live as one wishes.” Today, however, freedom is most identified with the United States. “For what avail the plough or sail / Or land or life, if freedom fail?” just sounds as though it was written by an American. (And it was: Ralph Waldo Emerson.)

My experience as Mr. Freedom was all the more remarkable for originating at the DMV, which represents for most Americans the worst form of bureaucracy: unpleasant, slow, and inefficient. Having been there three times in the space of one week, I can sympathize with that view. But as a friend pointed out, the DMV’s error “makes you think that we ordinary people may have a mole inside the place.” Their mistake, after all, was spelled “Freedom,” not, say, “Freedcan.” Indeed, the DMV official correcting the license confided to me that it probably reflected his colleagues’ desire to escape the place—a wish he shared. I was honored to be their voice, I told him.

Some friends had urged me to keep the new name. One pointed out that it would be easier than convincing bureaucrats that they had made an error. Another said that I should take the mistake as a sign. “Why not?” he asked. “It makes everybody happy to see it.” Alas, I changed my name back, and now I miss my “freedom.” One friend consoled me: “You just earned a nickname for life, and a good one at that.” And in America, I always have the freedom to change it back.

Daniel Freedman is the director of policy analysis and communications at the Soufan Group, a strategic-consultancy company. 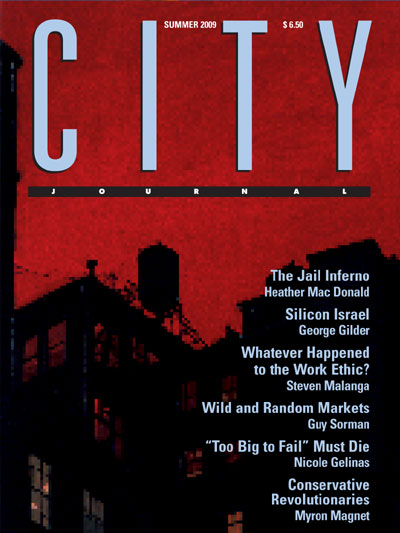 Wanted: Offense with a Touch of Class

Daniel Freedman Prince Harry and his contemporaries need to study the great ones.
eye on the news