The Port Authority Bus Terminal seems designed to make the commuters who use it—mostly from New Jersey—feel at home; it resembles a suburban shopping mall, albeit a rather dreary one.

But the commuters who pass through the Port Authority en route to the suburbs and the tourists who arrive on long-distance bus lines have long been assaulted by some of the most unsavory elements of urban life. Panhandlers try to intimidate passers-by into forking over change, apparently having learned fear is more profitably exploited than guilt. Hustlers accost tourists, demanding to know where they are going and hoping to collect a small fee for telling them how to get there. Others offer to carry baggage, and sometimes carry it away.

This past December, the Port Authority finally began doing something about these problems, and about the most visible and pervasive blight on the terminal—the vagrants. They had provided a constant, visible reminder that the authorities were unable or unwilling to provide for the safety and comfort of the people for whom the terminal was built. They sat around drinking; they rooted through garbage, looking for cans and bottles to redeem the nickel deposit. They slept everywhere: in passenger waiting areas, in stairwells, in front of the Eighth Avenue Subway entrance, even on curbs next to the loading buses.

Over a period of several months last year I realized that one fellow had put down roots at Gate 210, where I caught my New Jersey Transit bus to Hoboken. One day I got fed up with his presence. I went to the nearby courtesy phone and rang the Port Authority Police, asking that an officer be sent to remove the intruder. It was done, but the next day he had returned. Every day for the next few weeks I called the police and had the vagrant removed, and every time he came back.

Once I received no answer when I tried to call the police. I ventured down to the terminal’s concourse and found a Port Authority police officer. I told him there was a vagrant sleeping in my gate.

“You mean a homeless person?” the cop asked.

The officer told me there was little he could do. A Legal Aid Society lawsuit, he claimed, had won for the homeless the right to sleep in the terminal. He reluctantly accompanied me back to the gate, however, awoke the man, and ordered him to leave. The next day, of course, the loiterer was back.

Things have improved markedly under the new program. Posters around the terminal announce the rules: no sleeping, panhandling, public drinking, smoking, or loud radios. Those caught engaging in forbidden activities are evicted and referred to appropriate social services. The police seem serious about the effort: When I wandered around the terminal for half an hour one December afternoon, I found only three people sleeping on the floor; previously, I could have seen that many by standing in one place.

Predictably, the Port Authority has come in for some criticism over the effort. THE HOMELESS ARE MOVING ON BUT THE CRIMINALS STILL LINGER reads a recent New York Times headline. The argument is familiar: The resources being directed against those euphemistically called “homeless” could be used to fight “real” crimes.

There are two problems with this argument. First, as George Kelling has noted in these pages, disorder leads to crime. The chaos that prevailed at the terminal until December may well have been what made it a magnet for criminals. Second, the current crackdown is noticeably improving life for the terminal’s users. No longer must they endure filth and squalor simply to get to and from work. It may not seem like much, but it’s made the city a bit more livable. 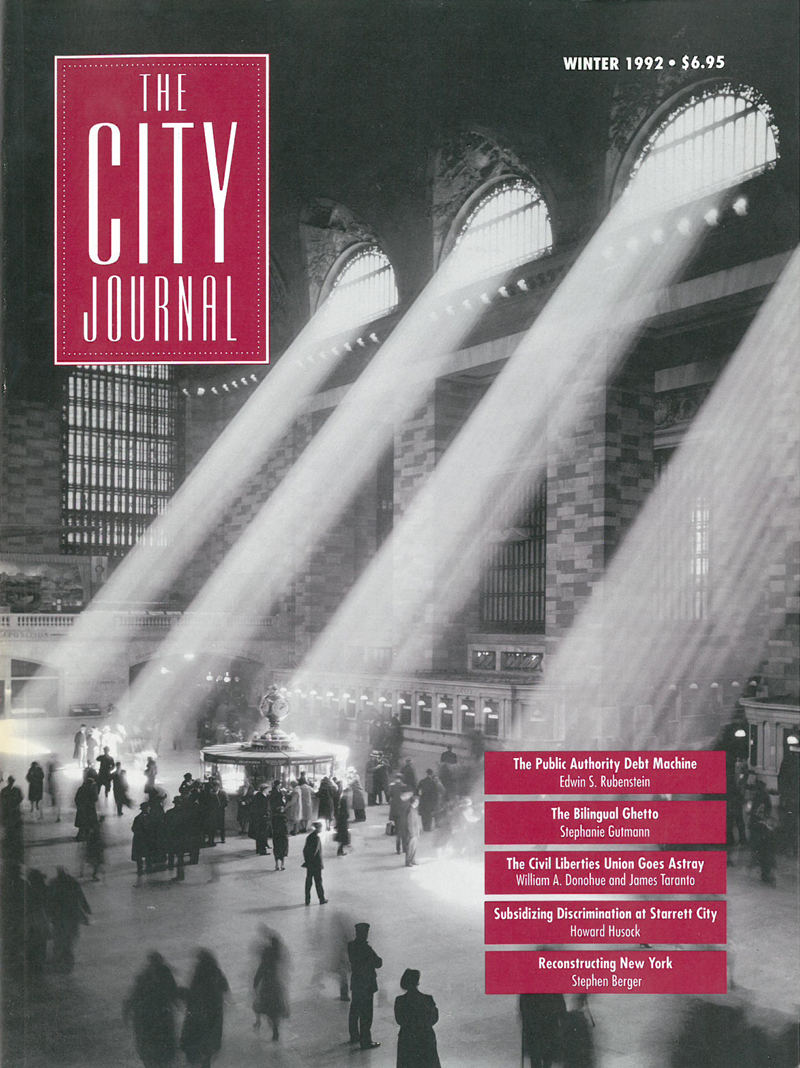