Get ready for the next mass-tort crusade: protecting our kids from the ravages of Big Cola. According to news reports, a group of lawyers is gearing up to file lawsuits that will seek to blame Coke, Pepsi, & Co. for obesity, tooth decay, and other childhood health ailments. An article in the Boston Globe magazine has already hailed what it calls a “national legal movement to make soft drinks the next tobacco.” Instead of tar and nicotine, we’ll be hearing about corn sweeteners and caffeine; maybe Dr. Pepper can stand in as the new Joe Camel.

Ridiculous? More like inevitable. For some time, a noisy campaign has been under way to portray the food and beverage industry as the villain in America’s ongoing battle with the waistline. Without the snack hucksters’ machinations, it seems, we’d all eat raw bell peppers and be reed-thin. Backed by “progressive” foundations, nutrition advocates in and outside the universities now regularly appear in the press, demanding a national obesity policy aimed at changing our collective diet, by force of law if necessary—or quite possibly by force of litigation. As one advocate, Michael Jacobson of the Center for Science in the Public Interest, put it: “If someone is saying that a 64-ounce soda at 7-Eleven contributed to obesity, that person should have his day in court.”

That brings us to Northeastern University law prof Richard Daynard, point man in the forthcoming courtroom onslaught against fizzy drinks. Long quoted in the press as a cheerleader for tobacco lawsuits, Daynard has now set out to assemble a legal strike force to file actions blaming big business for obesity. He wants to duplicate the success of the tobacco campaign, whose strategies included invoking “the children” at every turn, portraying smokers as passive addicts, and—on a more practical level—launching scores of suits on novel legal theories in hopes that one would stick. The litigation culminated in the giant 1998 settlement that saw cigarette makers agree to alter marketing practices, pay oodles to state governments (financed by hiking cigarette prices), and—not incidentally—fork over upward of $10 billion to the lawyers who’d organized the suits.

The first of the new soft-drink suits—set for filing in Massachusetts over the sale of soda in school vending machines—has been delayed, for a comical reason. Daynard says that it’s taken longer than expected to line up the right Bay State family to serve as client, even though his group has placed newspaper ads asking parents to step forward. (Shouldn’t he be pretending, at least, that aggrieved victims of Big Cola are pounding on his door, eager to sue?) But such difficulties are temporary: at some point, the plump plaintiff will be safely on board, and it’ll be off to court.

So should we laugh at these lawsuits? Take them seriously? The case for laughing is clear enough. After all, Round One of this kind of litigation—the suits by obese customers against McDonald’s and other burger chains—drew derision from the general public, an overwhelming 89 percent of whom in one poll opposed letting people sue over fattening foodstuffs.

This time around, though, the lawyers have selected targets more shrewdly. Unlike many other ideas floated by nutrition activists, that of restricting soda sales in schools has proven popular with the general public, and politicians have taken notice. Most big-city school systems have banned soda, as has California in public schools statewide, and other states are likely to follow—all without anyone needing to sue. You might even suspect that the lawyers are positioning themselves to “front-run” a social trend already in progress and then later take credit (and claim fees) when it advances further.

The bans might not make much difference in the problem of childhood obesity, it’s worth noting. Most soda (99 percent) sells outside schools. Fruit juice (a typical replacement) is itself anything but slenderizing, moreover, especially compared with the diet soft drinks popular among teens.

Still, the lawyers might well coax a settlement out of the soft-drink firms, the terms of which wouldn’t necessarily depend on the strength of the actual legal case. The real leverage that this kind of litigation affords, after all, often lies in the threat of obtaining, under court order, reams of internal documents from the opponents’ files. The next step is for the lawyers to pluck selected bits out of context and feed them to a cooperative press, which then casts them in the worst possible light. It happens that two huge companies dominate the soft-drink industry, both extremely sensitive about their reputations, which are vulnerable to damage, both at home and abroad, should articles begin appearing regularly in the U.S. media vilifying their marketing practices.

Nor would Coke and Pepsi necessarily be averse to granting some of their critics’ demands. In fact, a settlement that let the two cola giants reduce the vast sums they spend on marketing and promoting might be in their mutual interest, conferring a collusive benefit otherwise unobtainable without violating antitrust laws. Some economists believe that the various curbs that the tobacco settlement placed on cigarette ads have actually boosted tobacco firms’ profitability.

So maybe there’ll be some money for Daynard after all. And it’ll be hard for him to pretend, this time around, that he isn’t interested in it. Back in the heyday of tobacco litigation, hundreds of news reports portrayed Daynard as an academic well-wisher of the suits, breathing not a word about his monetary stake in them. After Richard Scruggs, Ronald Motley, and other tort kingpins brokered the $246 billion settlement with the states, however, Daynard popped up to claim that he had an oral agreement with the lawyers that entitled him to 5 percent of their fee haul—a claim that, if accepted, would have brought him a cool $150 million or more. No such luck: Scruggs and Motley said they’d made no promise of the sort. The dispute, later settled on private terms, got rather heated. Scruggs deemed Daynard “a bit more mercenary than people think he is,” while Motley described as “stupefying” his claim to have masterminded the litigation.

Some reporters felt betrayed at learning after the fact of the professor’s undisclosed role as a bettor in the litigation horse race he was handicapping. But it didn’t seem to bother the higher-ups at Northeastern, who gave the university’s imprimatur when Daynard launched his more recent obesity-suit venture. In fact, a second Boston-area university, Tufts, has also sponsored his litigation-promoting Public Health Advocacy Institute.

Who needs Coke and Pepsi to bring commercialism to the schools, anyway? It looks as if Daynard is doing a decent job of that all by himself. 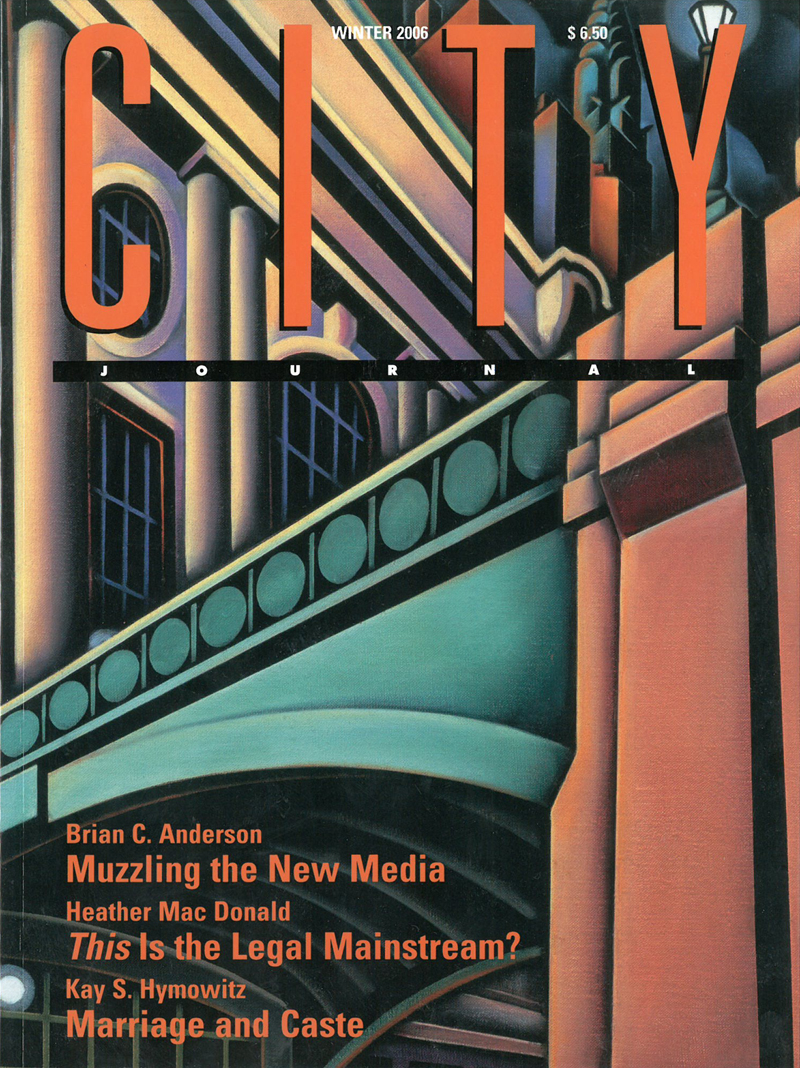