In their culture war against the Boy Scouts of America, gay activists make two charges: first, that in refusing to allow homosexual scoutmasters, the Scouts are as discriminatory as if they’d barred blacks; and second, that it is outrageous to worry that adult male homosexuals might regard underage boys as objects for seduction.

As in any war, the first victim is truth. Consider the first charge. Last June, the U.S. Supreme Court decided that the Boy Scouts of America could dismiss an adult troop leader who had challenged Scout tradition by publicly announcing his homosexuality. In doing so, the court reversed a New Jersey Supreme Court ruling that the Scouts fell under the state’s Anti-Discrimination Act, which outlaws any exclusion ‘based on race, national origin or sexual orientation in places of public accommodation.’ The high court held that the Boy Scouts weren’t a place of public accommodation. End of argument.

As soon as the Supreme Court decision came down, however, gay activists launched a massive public campaign to discredit the Scouts. Manifestly, they believe in the advice Beaumarchais offered long ago: ‘Vilify, vilify, some of it will always stick!’ The liberal elites marched in lockstep. The New York Times even described the Scouts ‘as something akin to a hate group’—the same Scouts who do irreplaceable work in the inner cities helping poor, and mostly minority, kids put order and ideals into their lives.

At first, the campaign seemed to be working. The New York City school board rushed to ban city schools from sponsoring Scout activities. Framingham in Massachusetts, San Francisco, Santa Barbara, Minneapolis, and Dade County, Florida—all told the Scouts they could no longer recruit in their schools. And the ever reliable ACLU has sued the city of San Diego, attempting to evict the Scouts from Balboa Park, where the organization has held annual meetings.

But to the activists’ dismay, the law of unintended consequences has begun to take effect. Last September, when California Democrat Lynn Woolsey angrily introduced a bill in Congress to revoke the Scouts’ national charter, the result was 362 votes in favor of retaining the charter versus 11 to do away with it. Both houses of Congress have since passed pro-Scout legislation.  Whenever a United Way branch tries to cut off general funds for the Scouts, contributions flood into Scout coffers. The latest National Portrait of America poll shows that 75 percent of Americans hold a favorable view of the Scouts, versus a mere 11 percent who hold an unfavorable one.

The lesson is damning to the activists’ cause. The nation—from the highest court (surprisingly, given its liberal bent on social issues) to most politicians to the average American—simply refuses to go along with the idea that the Boy Scouts’ morally principled stance against homosexual behavior is a form of discrimination comparable to treating blacks or women as second-class citizens. Perhaps gay activists should listen to writer Camille Paglia (who happens to be a lesbian): ‘What gay ideologues . . . can’t admit . . . is that heterosexuality is nature’s norm.’

But beyond their moral stance, the Scouts also have legitimate pragmatic reasons for saying no to homosexual scoutmasters. They’re trying to keep the ‘chicken hawks’—victimizers of young boys—away from the chickens.

These days, you’ll rarely come across accounts of male sexual predators in newspapers or on television—except, of course, if they’re Catholic priests caught seducing altar boys. Only then do liberal elites seem really troubled by pederasty. Otherwise, it would seem that there are no youthful victims of homosexual males, even though police blotters in every city are full of incidents involving chicken hawks—and even though the North American Man/Boy Love Association, with some sympathy at least on the gay far left, continues to press for the lowering of the age of consent.

But even granting that the incidence of homosexual predation on children is low, it’s still true that there’s still a disturbing amount of it going on, just as there’s a disturbing number of adult men sexually abusing young girls. (A recent poll shows that one out of five kids who use the Internet has been sexually propositioned online.) It’s the possibility of violation, however unlikely, that leads the Girl Scouts to say no to male troop leaders. The same prudential reasoning supports the Boy Scouts’ ban on homosexual scoutmasters.

But gay activists want no part of such reasonable thinking. For them, the envelope is there to push in their continuing assault on the common weal, common sense, and common decency. 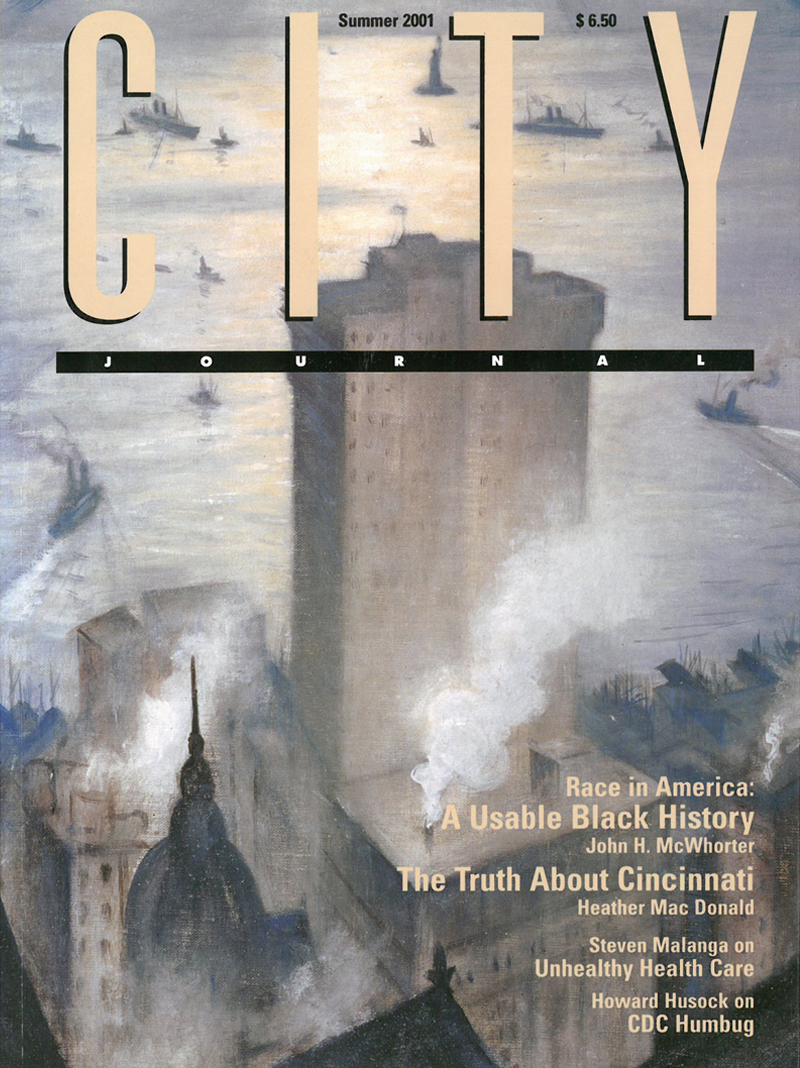