As day turns into night, the young mother’s routine proceeds as usual. Her husband, who works the evening shift as a police officer, left home hours earlier, leaving it to her to prepare dinner and feed the children, then see to it that they are bathed and put to bed. These things are done, and it’s almost nine o’clock. She has a little time to relax and watch some television.

Near the television set are family photographs, some featuring her husband in his uniform: this one on his police academy graduation day; another of the two of them, younger and still childless; others of him and the kids as they grow. She occasionally may glance at the pictures as she watches television, but only rarely does she pause to consider what that uniform means and the danger it signifies. She has done so more often lately, but she has shared this only with her closest friends, not with her husband. She trusts—for she must trust—that he will go off to work in the afternoon and come home sometime after midnight, often to rise early the next day to appear in court. It sometimes seems to her that she is a single mother. Her friends sometimes ask if she worries. Not often, she tells them. Yes, it can be difficult at times, but this is who, and what, she married.

She knows her husband is working downtown tonight, where a Black Lives Matter protest is being held. These events can be emotionally fraught, he has told her, but he and his coworkers are well prepared and expect no trouble. He has sent her a few texts, letting her know that things have gone smoothly and are winding down. She turns on the news to see it for herself.

And then it happens.

Suddenly on her television is a report from downtown. She recognizes the streets and the buildings, but the scene is one of chaos. Sirens are wailing, people are screaming, protesters and police officers are running—the protesters in one direction, the police in the other. The first reports are sketchy, but what’s clear is that people have been shot.

Her first impulse is to reach for the phone and call her husband, but she quickly reconsiders. He will be busy dealing with this. He won’t be able to answer the call. And when he doesn’t, she will worry all the more. She opts to send a text instead.  How to word it? She considers, “Are you okay?” This is the question she most immediately needs answered. But no, she doesn’t want to convey her worry. She wants her husband to remain focused on his work, not on her. She settles on “Watching the news. Call when you can.” She doesn’t include “I love you,” as she might otherwise, for to do so in this moment would suggest the desperation in her yearning for contact. No, best to keep it simple, just a routine request for an update, as she has made of him a number of times before.

Clutching the phone as she continues to watch the news, she hopes to hear it ring with a call from him or chime with a text. Neither comes. She edges closer to the television, straining to see if her husband is among the officers running or taking cover behind a building or a police car. Is that him? Or that one? She can’t be sure. And then comes the news that police officers have been shot. She says a prayer that it isn’t her husband, then feels a pang of guilt that in doing so she is praying that it’s someone else’s.

She is friends with some of the wives of her husband’s coworkers. Should she call or text one of them? She decides against it. What would it mean if her friends have already heard from their husbands while she hasn’t?

She looks at her phone. Maybe the battery is drained. Maybe she was so distracted by the television that she missed his call or his text. But, no, the phone is working; he has neither called nor texted. She is thrilled at last to hear the phone ring, but the elation is dashed into dread when she sees the call has come from an unfamiliar number. Her hand trembles as she answers and puts the phone to her ear.

The caller is a police sergeant from her husband’s station, a man she has met but doesn’t know well. Her husband has been hurt, he tells her. He apologizes for not being able to say more and tells her an officer will be there shortly to take her and her children to the hospital. And now, with a million thoughts racing through her head, she must wake the children and get them dressed.

“Daddy needs us,” she says as she nudges them awake, trying to sound calm, trying not to alarm them, trying not to let on that what she has always feared has now happened. She hears a siren in the distance, and it gets closer and closer. It cuts off a block or two away. The children are dressed. There’s a knock at the door.

She opens the door to reveal an officer in uniform, one just like her husband’s. She knows some of her husband’s coworkers, but not this one, who like her is trying to be calm, but also like her, isn’t fooling anyone. She stops to think of what she should bring, deciding only on some toys and blankets for the kids—it may be a long night. They all walk to the police car at the curb, but before getting in her motherly instincts are aroused: she asks the officer about car seats for the children.

There isn’t time for car seats, he tells her. She can ride in front with him and the children can ride in the back. But this she won’t allow. She will not have her kids back there on the cold hard plastic seat separated from her by the car’s partition. She climbs into the back with them and they all huddle together—seatbelts be damned—as the officer speeds off toward the hospital.

Between the noise of the wailing siren and the hindrance of the partition, conversation with the officer is all but impossible. He can offer no more information than the sergeant did on the phone, save for the fact that several police officers have been shot, and that he is only one of many who have been dispatched all over town—and beyond—to bring family members to the hospital.

The ride is interminably long, but at last the officer slows the car and cuts the siren. The woman holds her children even more tightly as the hospital comes into view.

She has visited this hospital before, but never seen it like this. Police cars are parked here and there for as far as she can see, and there are dozens of officers near the entrance to the emergency room, some holding rifles and posted up like sentries expecting an attack. The officers are gathered in small knots talking among themselves, but they all fall silent and step to one side or another to clear a path to the doors as the woman and her children step from the car. The officer who drove them now escorts them through the doors.

Once inside, she sees more officers lining the walls and trying to stay out of the way as doctors, nurses, and technicians move from here to there and back again. The emergency room is in a state of barely controlled frenzy. There are several people—other police officers, the woman realizes—being attended to at once. Looking around further, she sees there are others like her mixed in among the police and the medical staff: women, some with children in tow, waiting for news of their own loved ones. “Where is my husband?” she asks.

She is told he has already gone upstairs to surgery, and she doesn’t know whether to interpret this as a good sign or a bad one. She is now joined by others, including a social worker from the hospital staff, a chaplain from the police department, and a few police officers who are friends with her husband. Some of them were off duty tonight, but they have rushed into town to contribute what they can. They usher her into an elevator and up to a private lounge outside the operating rooms. She is told that the paramedics, the doctors, and the nurses—every last person who has had a hand in her husband’s care—is the best, and that everything that can be done for him will be. She appreciates their words, but she just wants to know: How is he, and when can I see him?

She can’t fully express the dread she feels, for her children are with her and she must be strong for them. They are tired, of course, so she uses the blankets she has brought and fashions makeshift beds for them on the waiting room’s couches, then tucks them in and watches them fall asleep. Their world, she fears, will be much different when they wake. Now there is only one chair available in the room, which she offers to the people surrounding her. They decline, so she sits down to wait. And wait, and wait, and wait.

Periodically, members of the entourage step out of the room to answer phone calls. She tries to read their faces when they return. Do they know something they can’t tell her? Word comes that the suspect has been killed, but she finds no solace in this even as she sees that the officers in the room do.

Then comes a soft knock on the door. When it opens, she can see a doctor dressed in surgical scrubs outside in the hallway. She knows this man’s next words will save her or crush her, so she steps out of the room so her children won’t hear what is about to be said. The doctor’s expression tells her at once that the news is not good. In that moment, she actually feels sympathy for him, for she knows he is pained by the news he brings. But bring it he must, so he tells her that he is very sorry, they did everything they could, but they couldn’t save her husband.

She doesn’t want to cry in front of her children, so instead she sinks into a chair in the hallway, where the chaplain places a hand on her shoulder and the others huddle loosely around her. She is surrounded by people, but in this moment she is alone. She sobs until she can sob no more. When she stops, someone asks about her children: Should they be woken up?

“No,” she says. “Let them sleep.” And while they sleep, she must think of a way to tell them that their father is dead. 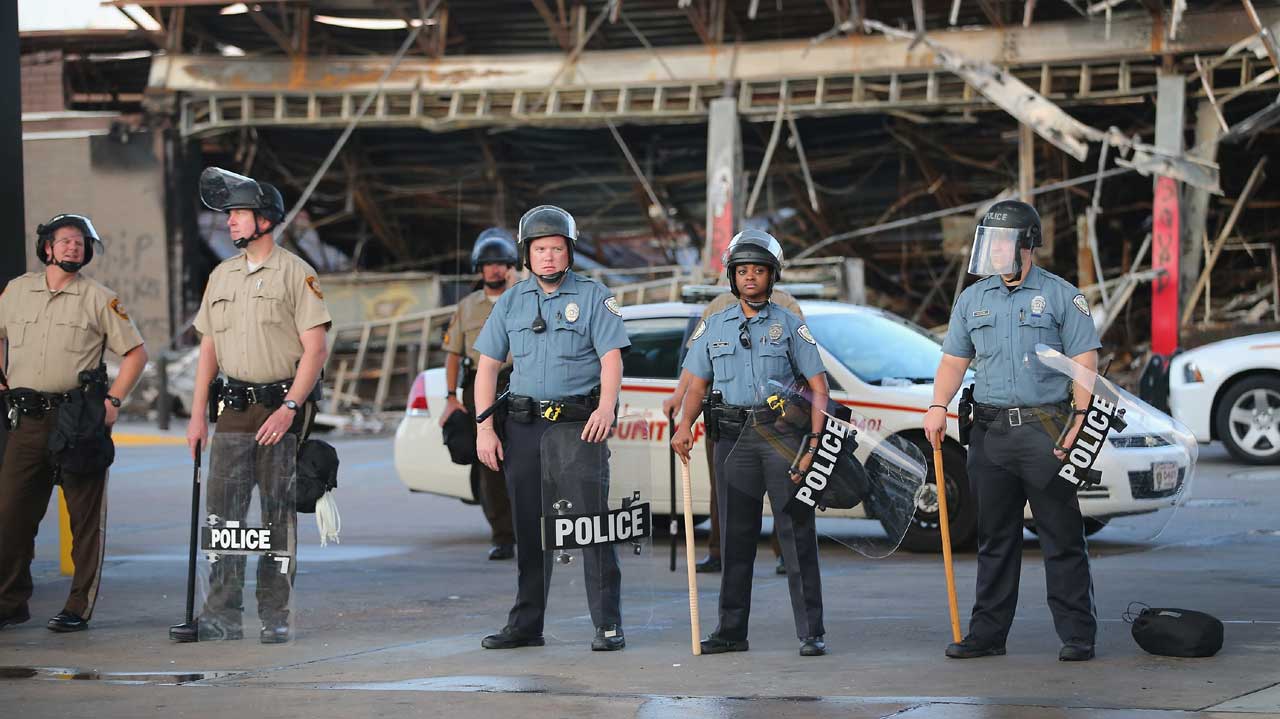 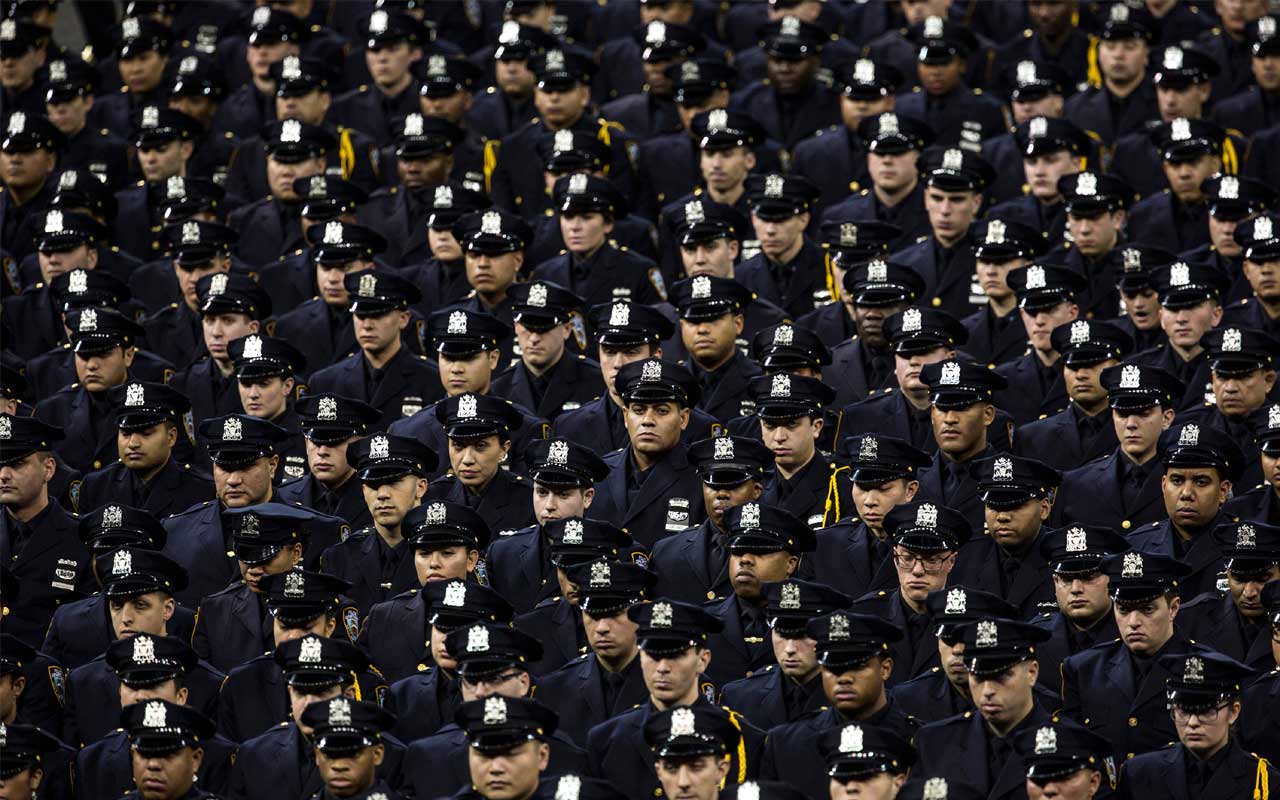