No, the Neighborhoods Haven’t Healed Themselves

This fall, the New York Times ran an absurd front-page story arguing that once-blighted New York inner-city neighborhoods like Bushwick were now flourishing because they had "healed themselves" of the plague of crack cocaine and its attendant violence—with little thanks, the article stressed, to Mayor Rudy Giuliani or the New York City Police Department.

But as the Times article admits, crack is still alive and well in New York. Crack use, it says, has "remained steady for more than a decade." But think back: in 1989, the crack epidemic raged at its fiercest, and drive-by shootings were a regular feature on the evening news; the city's homicide rate, fueled by crack-related violence, soared to record levels. If crack use is the same as it was in 1989, how has the community healed itself?

Would a "healed" community still have 35,000 kids in foster care? The foster care population provides an excellent measure of crack's ravages, since substance abuse—crack and alcohol being the two drugs of choice—plays a powerful role in the vast majority of cases in which city authorities have to remove children from their homes. While 35,000 kids are fewer than the 49,000 children in foster care during the early 1990s, it's more than double the number before the crack wave first hit.

If crack abuse is still destroying the lives of many inner-city residents, then what's brought places like Bushwick back from anarchy? There's a simple explanation, though it's not one the Times wants to hear: the police have cut down on the crime associated with crack. Giuliani-era policing swept crack abusers and sellers off the street and into jail and made it harder for drug dealers to ply their trade. It confiscated thousands of illegal firearms and shut down illegal gun dealers, suppressing street-level violence. And it policed long-unpoliced areas of the city, reducing disorder and allowing civil society to take root. The residents of these inner-city neighborhoods deserve credit, of course, for helping restore civility after police had brought crime under control. But to deny that the police had much to do with reviving Gotham's inner city is ridiculous.

In 1996, the Giuliani administration's Brooklyn North initiative flooded Bushwick with the greatest influx of narcotics officers in one neighborhood in the history of urban policing. After the officers arrived, the number of shootings in Bushwick dropped at a rate almost twice that of the rest of the city. QED. Only the ideological biases of the Times—its reflexive opposition to the mayor and the NYPD—can explain its refusal to connect the dots about policing's major role in making Gotham's inner-city safer. 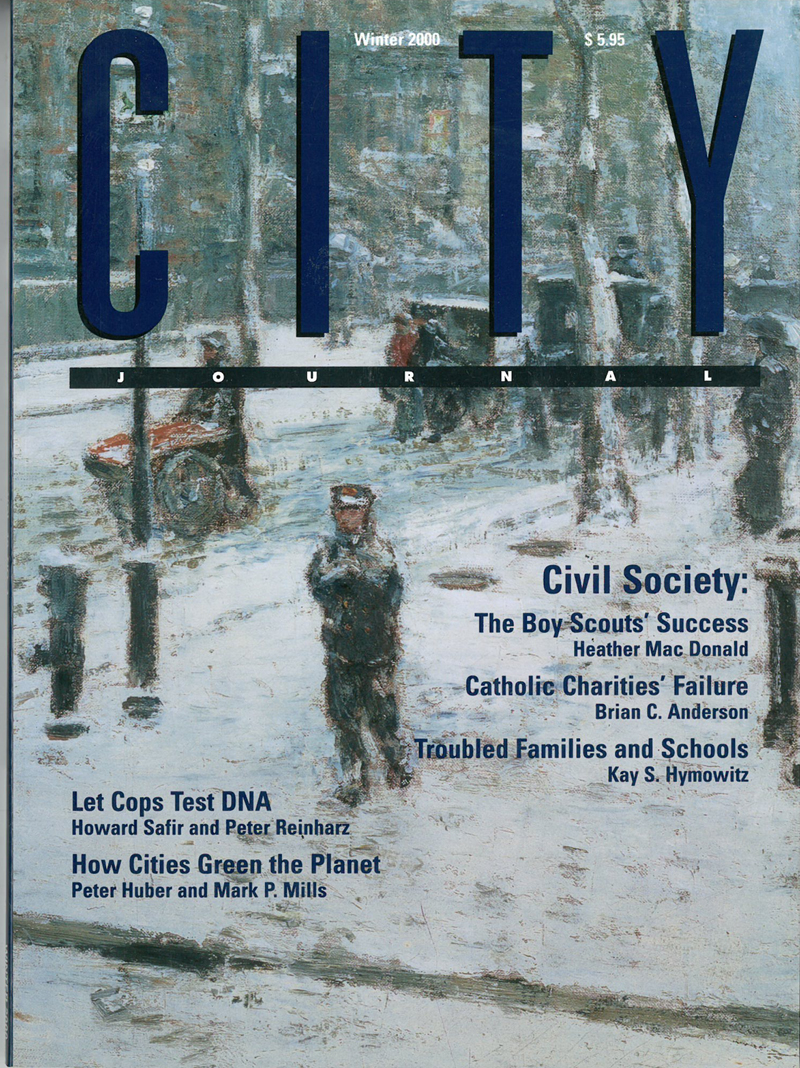 Peter Reinharz The Feds’ plan to relocate Penn to the stately Farley Post Office is a bad idea for commuters.
More on