Of Mouse and Men

On an evening in 1927, a Midwestern filmmaker desperately scribbled, “God Help us put this thing over—we are sincere and deserve it.” Seldom has a petitionary prayer been answered with such speed and magnanimity. “This thing” was an animated short, Steamboat Willie, introducing a rodent with immense ears, a bulbous snout, and an air of genial mischief. The mouse’s original moniker was Mortimer. But at the last minute, Walt Disney decided his creation needed a more informal name.

Aided by Disney’s falsetto voice, Mickey Mouse became an overnight celebrity. There had been other animated creatures before him—Krazy Kat, Oswald Rabbit (an early effort by Disney), Felix the Cat. But none had the mouse’s infectious charm or his economy of line. Worldwide, audiences squeaked with delight whenever he lit up the movie screen. Maurice Sendak, doyen of American children’s books, was born the same year as Mickey. Decades later, he recalled the thrill of their first encounter: “An ingenious shape, fashioned primarily to facilitate the needs of the animator, he exuded a wonderful sense of physical satisfaction and pleasure—a piece of art that powerfully affected and stimulated the imagination.”

Other artists—many of them painters whose works were displayed in major museums—became unofficial Mousketeers. Marxist muralist Diego Rivera theorized that future historians would “find that Mickey Mouse was one of the genuine heroes of American art in the first half of the 20th Century, in the calendar anterior to the world revolution.” German refugee painter George Grosz declared Mickey Mouse cartoons to be “art in every sense.” Thomas Hart Benton incorporated Mickey’s image in his eight-canvas cycle, The Arts of Life in America, along with portraits of Native Americans, opera singers, and jazz musicians. 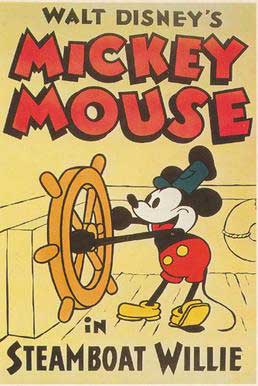 Novelists chimed in. “At present Mickey is everybody’s god, so that even members of the Film Society cease despising their fellow members when he appears,” noted E. M. Forster. Graham Greene praised Fred Astaire’s performance in Top Hat as “the nearest approach we are ever likely to have to a human Mickey Mouse.” Aldous Huxley sought an audience with Disney, attempting to find the philosophy behind Mickey’s magic. “Hell, Doc,” replied Walt, indicating his drawing board and the staff behind him. “I don’t know. We just try to make a good picture. And then the professors come along and tell us what we do.”

Three generations later, the academics are still at it. The most percipient of them is Gary Apgar. An emeritus art lecturer at Princeton, Brown, and the Université de Lyon, he has just published a lavishly illustrated study, Mickey Mouse: Emblem of the American Spirit. The book is a companion piece to his earlier Mickey Mouse Reader, a gathering of essays about the most durable icon in the history of American cinema. In the earlier volume, dozens of luminaries hold forth about the mouse, and not all of their analyses are flattering. Admiral Elmo Zumwalt, for example, notes that by World War II, Disney’s founding fauna had become a synonym for “unnecessary or demeaning” military regulations. With tongue not quite in cheek, the officer remembers, he set out to confront the enemy. “We smote the foe mighty blows! Mickey Mouse, wounded, retreated. But no doubt he still remains somewhere. Hidden. Sailor beware!” On the other end of the scale, John Updike’s piece identifies Mickey as an endearing, Chaplinesque figure: “He is America as it feels itself—lucky, put-on, inventive, resilient, good-natured, game.” Though the Disney comic strip has fitted him with “household comforts and headaches, it is as an unencumbered drifter whistling along the road of hard knocks, ready for whatever adventure waits at the next turning, that he lives in our minds.”

The more recent volume is a more elaborate and unified view of the mouse that roared. In it we watch Mickey, like many a Hollywood celebrity, rise from humble origins, climb to the peak of his profession, emcee a TV show, and become a presenter at the nostalgia-laden amusement parks of Disneyland and Disney World. But he lingers too long on center stage and turns into a symbol of commercial avarice and military misadventure. At this point, Apgar’s narrative is surprisingly candid. Though Mickey Mouse: Emblem of the American Spirit was financed by the Walt Disney Foundation, it gives plenty of space to the subject’s most malicious adversaries. During the 1960s, James Michener, author of Tales of the South Pacific and Hawaii erupted: “One of the most disastrous cultural influences ever to hit America was Walt Disney’s Mickey Mouse, that idiot optimist who each week marched forth in Technicolor against a battalion of cats, invariably humiliating them with one clever trick after another. I suppose the damage to the American psyche by this foolish mouse will not be specified for another 50 years, but even now I place much of the blame for Vietnam on the bland attitude sponsored by our cartoons.” 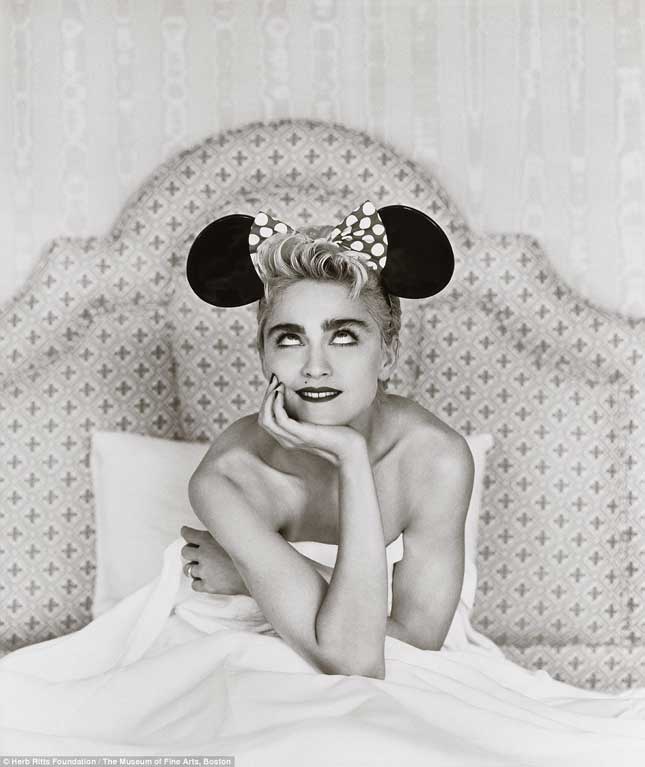 A generation later, Kurt Vonnegut reviles the Bush administration as “those who have taken over our federal government, and hence the world, by means of a Mickey Mouse coup d’etat.” Left-leaning French newspapers add their own venom, picturing their then-new president, Nicholas Sarkozy, as a sellout wearing Mickey Mouse ears on a visit to the Paris Disneyland. In time, however, these images and accusations are replaced by very different pictures and references. Mstislav Rostropovich plays his cello at Checkpoint Charlie encouraged by Mickey, spray-painted on the shattered Berlin Wall. Robert Langdon, hero of The Da Vinci Code, wears a Mickey Mouse watch “as a daily reminder to remain young at heart.” Madonna lolls in bed wearing round black ears, and painters like Philip Pearlstein, Andy Warhol, and Roy Lichtenstein offer their own postmodern takes on Mickey. So does the U.S. Post Office, which puts the mouse on five different stamps. 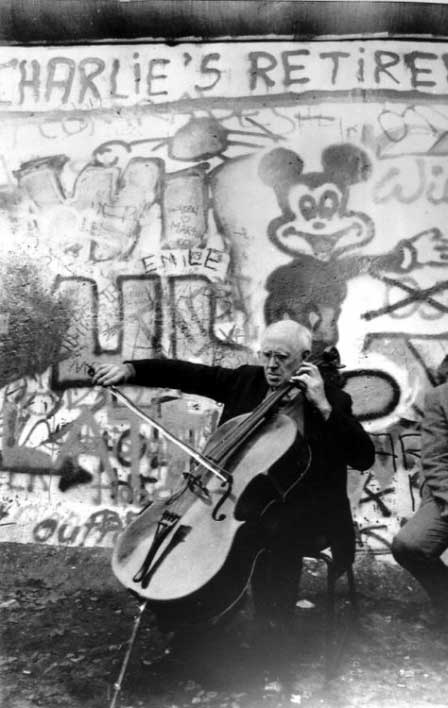 Nearing his 90th year, Mickey has not only outlived his adversaries, he has conquered them. Emerson famously advised his readers that if they built a better mousetrap, people would beat a path to their doors. Walt Disney wisely ignored his advice. Instead of a better trap, he built a better mouse, and the world paved a superhighway to his property.

Latest on Culture & Society
More from